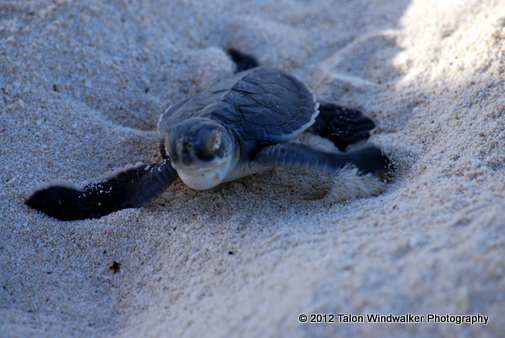 We had been looking forward to seeing the sea turtle release ever since I found out it was nesting season on Cozumel.  This year has been extremely abundant which makes me very happy.  Having seen green turtles in the water while snorkeling and diving, I have a great appreciation for their beauty and grace.  There have been a lot of efforts made at turtle conservation around the world, but especially so here in Mexico. 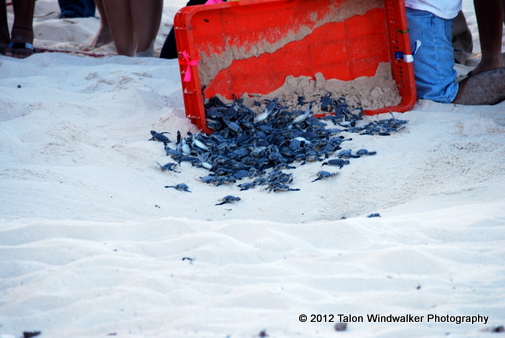 A typical nest has about 100 eggs.  While 97% of the them will hatch, only 50% of those survivors will actually make it to open water.  Part of this is due to the fact that Mama buries them under at least 3 meters (some as deep as 10 meters) of sand.  The first group to hatch spend about three days climbing their way to the surface.  This brings sand down on top of the late bloomers, and many of them will not make it out of the hole.  Once they’re out in the open, they then have to run a gauntlet of birds and other predators just to make it to the sea.  Then they will swim for three days before stopping to eat.  They have no real way of knowing the percentage of babies that will survive past that point, but they have plenty of predators in the ocean as well, including humans.  Because of local efforts, almost every single turtle that hatches will at least get into the sea.  The presence of humans during releases keeps predators away, volunteers do “search and rescue” of nesting sites to free trapped babies, and eggshells are removed from the site to decrease the chance of attracting predators. 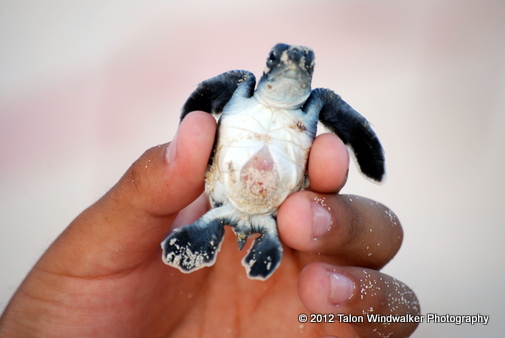 Some of the babies hatch prematurely, and their nutrition sacs are still exposed from the belly which is like an open wound.  Those turtles are brought back to the office and cared for while they finish maturing.  The sac continues to provide the hatchling with food while it grows, and then it will continue to nourish them for their first three days of swimming. 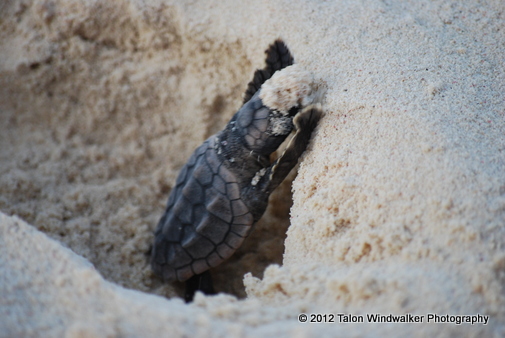 While I was watching their mad dash to the sea, a few things struck me as being really good life lessons: 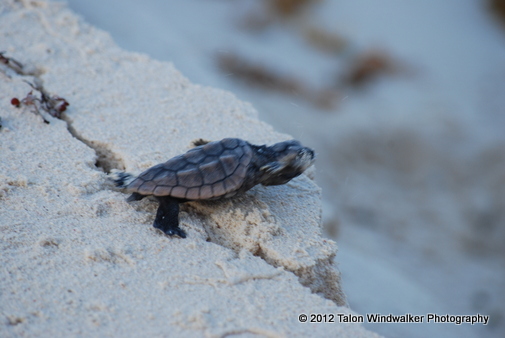 “Leap, and the net will appear”

Which of these lessons from our turtle friends speaks to you the loudest?