The Turtle Wars of August 2012

We’ve been back in Cozumel for almost two months now. The house where we live has a small flower garden and lawn. We knew that the owner occasionally rescues turtles when she finds them trying to cross a busy street, etc. During this time we’ve regularly seen up to four of them. I had no idea that turtles had a passion for corn tortillas, or for bread for that matter. I wasn’t surprised, though, when I saw a turtle eating a hibiscus flower, its face and neck covered with the hot pink color from the blossom. I was impressed with their food choices until I discovered one eating feces. Who knew? 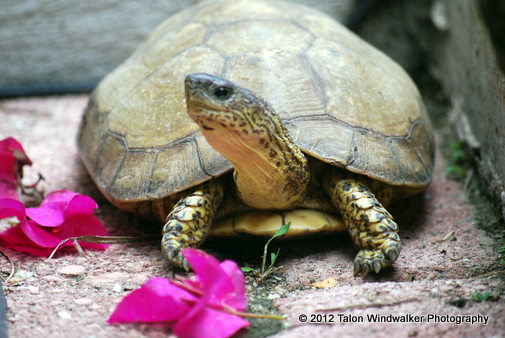 Lately some of the family have become so impatient waiting for Chez Windwalker to open for business that they come to the door and knock. Well, they’re really trying to bust their way in, but I chose to make them more civilized. While it is cute, our door opens outwardly which means I have to knock them over or shove them along the cement in order to give them food. I’ve been given more than a couple of death stares by a turtle recently, and it’s rather unsettling. More than once I’ve been glad they don’t have teeth. I’m sure they’d decide my toes are a delicious treat. 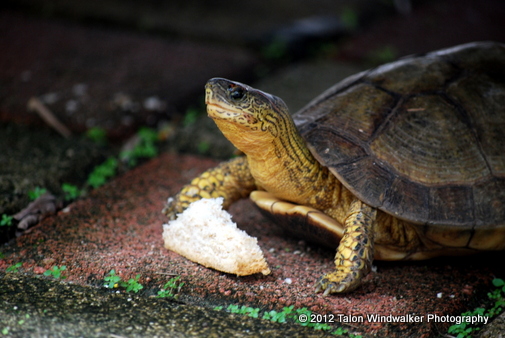 While they eat tortillas and bread as ravenously as I would consume a pecan pie these days, apparently wheat bread brings them practically running out of their hiding spots. I saw a couple of them pacing outside and figured I’d save myself from the turtle death stare and feed them before they assaulted the door. Having run out of stale tortillas and nearly rotten bananas, I decided to toss some wheat bread out for a change. Variety IS the spice of life after all. They descended upon the pieces of bread much like Tigger would attack a macaroni and cheese buffet. While turtle wrestled with turtle in a very “big fish eats little fish” manner, it was easy to lose track of who had stolen from whom. A battle of Darwinian proportions had ensued, and, as one would suppose, the biggest turtle always won. 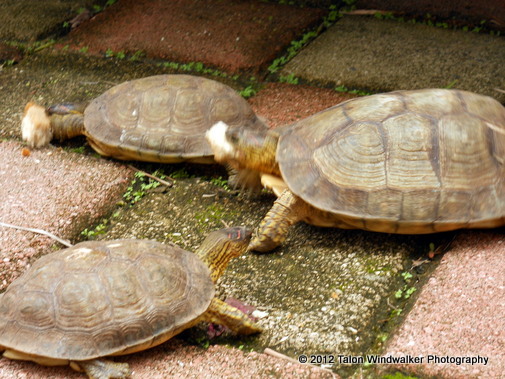 Then I happened to glance down the pathway to see another smaller tribe of three turtles marching briskly down the brick walk with a severe look of bread-stealing determination in their eyes. Not wanting to unwittingly have started Turtle Wars 2012 among the group of eight, I tossed some bread in their direction. Even ants did not deter the largest of the newcomers. I guess a little extra protein is never a bad thing when you live in a shell.

Feeling paternal I made sure to toss big sections to the big turtles to keep them busy for a while. I then strategically located other small piles so that the little ones would have a chance to eat before a brother up to twice their size came in for another morsel.

Soon the bread was consumed, and the crowds dispersed as I breathed a sigh of relief. 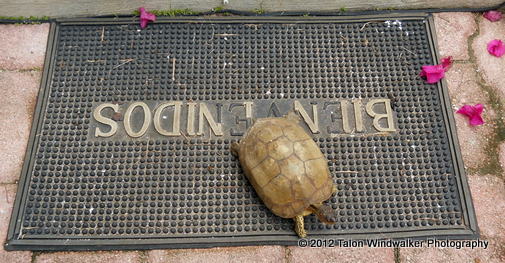