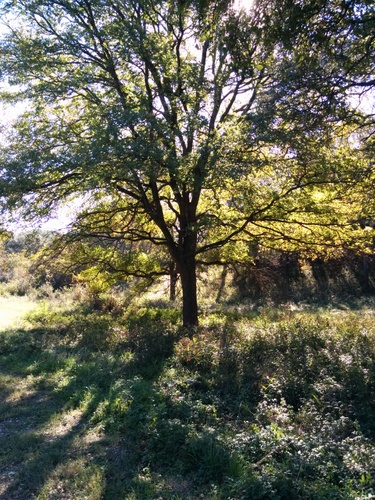 While going out to dinner to celebrate my having hit the big 4-0, an older friend of mine told me that the 40s would be the best decade. That wouldn’t be hard considering how tumultuous the 30s had been, but I still wondered what would be so special about being in my 40s. Isn’t that the period when your body starts declining (my arms are now too short for me to read without wearing reading glasses) and people often experience a midlife crisis?

What’s so special about that?

Well, for some reason I was reflecting on this during my morning constitutional. Even though Richard is no longer around to read this, I’ll go ahead and say it anyway: You were right. Life in the 40s has been pretty awesome. 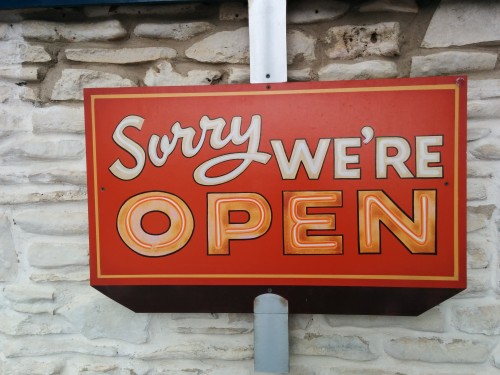 Granted, not everything wonderful that has happened over the last 6 years has been solely because I hit my fourth decade of life. I know travel and our current lifestyle have effected a lot of these changes, but I do believe my age has something to do with it, too.

As one friend and I were discussing the other day, I have “zero f**ks to give” anymore. I’ve grown beyond the need to have others approve of me, my performance, and/or my choices. I have no need to impress anyone but myself anymore. I’m also not afraid to let go of friendships that are unhealthy. 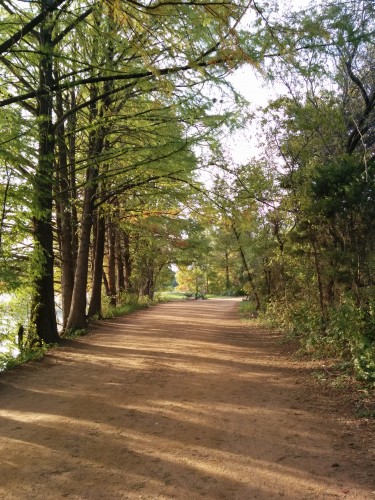 A better relationship—with myself

For so much of my life, thanks to my childhood and young adult life, I have been in survival mode. And I don’t mean financially (although there have been components of that as well). That had produced an edge to my persona, and I wasn’t aware how I had wrapped myself so tightly with it. People who had known me for awhile would often tell me how intimidating I was when they first met me.

“Me intimidating? You have to be kidding!” I thought. Unless you’re trying to hurt me or my child, I’m a big Teddy bear. Enough people made the comment, though, that I began to kind of monitor myself. Age, getting more comfortable with myself, and travel have all combined to allow my inner marshmallow to become more visible.

I’ve finally arrived at a much better place regarding my body shape. I’ve accepted I won’t have Taylor Lautner’s torso and that most likely my chin will always have a buddy. I no longer look in the mirror and think “Ugh.”

I’m still healthy and despite my extra padding I’m more active than most people. “Don’t let the fat fool you, buddy” is one of my playful mantras.

I often blamed my lack of dating prospects on my looks and my fluffy physique, but I realized today (as in during this morning’s walk) that really I wasn’t very dateable before. Yeah, I believe I’m quite the catch and have always felt that way, but I had armed myself with so many spikes who would really approach me? As a survivor, I was constantly on the lookout for guys playing games and being jerks.

No, I haven’t returned the doormat to my forehead, but I’m so much more mellow and relaxed now.

I think in the past I kind of silently challenged people to wade through a minefield to get to the real me. Now I greet people far away from that treacherous locale. Instead of taking things not working out personally or as proof as to how I’ll never find a special someone, I can shrug and think it just wasn’t the right connection.

If confidence really is sexy, which I think it is, all I have to say is “Watch out fellas, here I come!” 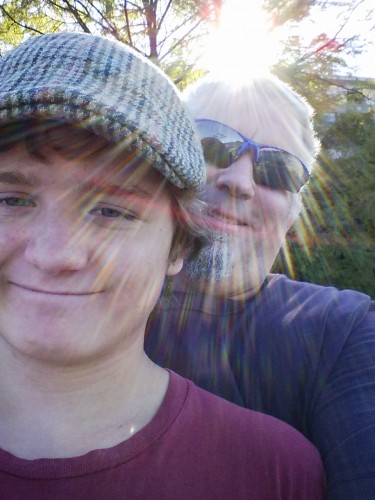 I’ve lived with arthritis throughout much of my body since at least my early 20s. Until my late 30s it was an obstacle and a great annoyance. In my 40s, I’ve done and am doing things most of my doctors said I’d never be able to. Now it’s a badge of honor that I still achieve things despite it and some other conditions I have.

Depression was always a big, ugly, dark cloud hanging over my head. Now it occasionally flits in the periphery. I’ve come to a place where I am actually thankful for my bouts with depression and for the occasional tiny reminder that the prospect remains.

Because of all those years of darkness, I’m appreciating my time in the light so much more. I regularly feel like I’m in love with my life, and since that feeling has only been around for a few years I savor it like blessed ambrosia. Would I feel so much constant joy if I had not been in such dark depths previously? I don’t know.

And since it occasionally reminds me of its cold kiss, I remain that much more committed to living a life without regrets, to enjoying the simple things like sunshine filtering through leaves, and to being fully alive. It keeps me moving because I know that if I become too sedentary or complacent, it will be that much easier for it to grip me in its icy tentacles.

Every victory, be it physical or emotional, big or small, is one more middle finger to any potential obstacle in my path.

So, yeah, the 40s have been pretty darn good to me.