Greenwashing is a form of spin in which green PR or green marketing is deceptively used to promote the perception that an organization’s products, aims or policies are environmentally friendly.

Whether or not you believe in human-caused climate change, one can’t deny that “going green” is a big business. While there are certainly more sustainable activities and experiences, a huge portion of what gets called green is actually just greenwashing.

Sustainability and going green can be tough things to actually live. For instance, I know some green snobs advocates who own swimming pools. They rarely use a pool cover (which helps reduce evaporation to the tune of 1000 gallons a month), and it is estimated that the average swimming pool results in the use of 30,000 gallons of water a year.

Is that sustainable or eco-friendly? Hardly.

Exploring nature is eco-friendly, right? It’s extremely sustainable to go for a hike in the wilderness to watch the Northern Lights, right? This is something I want to do badly. And this is where greenwashing comes in. Too often a well-meaning individual wants to do something sustainable and green, but they tend to focus only on the activity or specific lodging rather than looking at the whole picture.

For instance, for my dream Northern Lights trip to Iceland, I would have to take at least one flight. It is estimated that flying from NYC to Iceland’s capital would produce 1.27 metric tons of carbon dioxide emissions. To put that into a different perspective, a 2000-mile road trip in a medium-sized car produces around 0.74 metric tons.

While in Iceland, I’d of course have to drive or be part of a tour group to go to my location. Since I’d want to maximize my viewing potential, I’d want to be somewhere more remote so I wasn’t fighting city lights during my inspirational moment. If I stay at a hotel, lodge, etc., they have to bring in food, which will be brought in by a larger, less eco-friendly, vehicle most likely. Most likely, they also aren’t washing the linens in the local river.

Chances are the staff working at the hotel don’t live in the same building, so they’re likely driving in to work, which is also producing more carbon emissions.

If we take a deep enough look, we can see that our green activity really doesn’t end up being all that green in the long run. Something that people who tend to gush about green travel seem to ignore. “Well, my hotel is eco certified!” I’m sure it is.

Since you aren’t teleporting to your hotel, however, how green is your trip really? 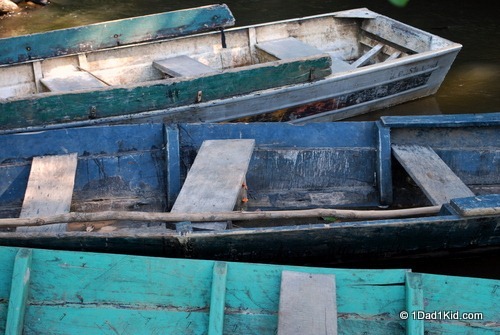 While I was in Peru the first time, I stayed in an eco-lodge in the rain forest. (They didn’t market themselves in that direction, though.) It ticked almost all the boxes for being eco-friendly. Most of our activities included being on a boat, canoe, or our own two feet. The food was from local farms. But to get there, I had to fly, take a car ride, ride a ferry, and get on a bus. And, of course, I had to do the same thing for the return trip.

There’s no way I’d call that trip green travel, though.

I looked at another “green” lodge in a different country which also sounded quite wonderful. Until I saw that it would require at least 3 long flights plus a boat ride or a puddle jumper to get there. Sure, the lodge is green but getting there isn’t. I’ve checked out other eco-lodges and upon further research discovered that quite often there was really very little eco about them.

I think it’s interesting to note that some of the “experts” haven’t even thoroughly thought things out. One has to really wonder when the co-founder of a center for responsible travel makes the statement that she “hadn’t thought of the treatment of animals as a major issue in responsible travel.” (source)

I’m also talking to those people who pride themselves on being so green while driving their non-hybrid, gas-guzzling SUVs on their way to yoga while making sure to stop by Starbucks for their morning latte.

Perhaps some people view the themes of sustainable, green, and responsible travel as beings separate things. Perhaps they are; however, I feel they are so interlinked that one can’t really focus on just one aspect. 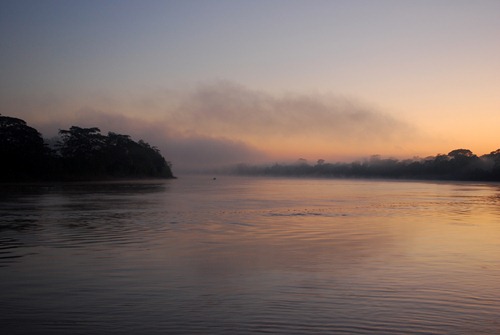 Can we travel in a more eco-friendly or sustainable way? Sure! In Europe, we did train travel as much as possible. Taking the train can cut emissions from a journey by up to 90%.

But let’s cut the crap and the greenwashing and admit that most long-haul trips, and many short ones, are anything but green.

There are things we can do to reduce our footprint. Some of them are more casual than others, but I’m of the philosophy that every little bit helps. There are green warriors out there who will weave their clothing on a loom using fibers from a plant grown in the most sustainable way imaginable, and I applaud them for their efforts.

I respect the people who do their best to reduce their impact, and I’m trying to do better at it myself. However, will I choose a 1-1/2-hour flight over an 18-hour bus ride? Hell yes! But I never touted myself as being a green traveler either. I try to travel as responsibly as possible, but I’m also going to keep my comfort, budget, and time in mind.

Now if all the people doing greenwashing would just do the same.

What examples of greenwashing have you seen? How can people travel in ways that are more respectful of the environment and local people?