Pooped on by Bats in Puerto Maldonado

Home » Peru » Pooped on by Bats in Puerto Maldonado

My time in the Amazonian rainforest was my favorite part of my whole Peru trip.  After doing some research on lodging in Puerto Maldonado, I decided on Estancia Bello Horizonte, partly because it was more rustic, had smaller group sizes, and all proceeds go to supporting an orphanage in school it is affiliated with.  I liked the idea of knowing that my money would also be helping the locals in more than just one way. I can’t recommend them enough!  They picked us up at the airport, we took a ferry across the Madre de Dios River, stopped at the office for some orientation and settling business, and then it was a short bus ride to the lodge within the rainforest. 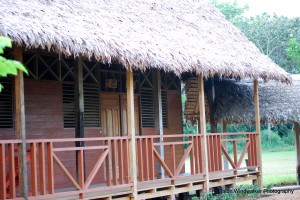 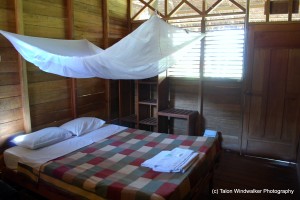 Our first day was relaxed.  Our guide, Freddy, took us on a walk through the nature trail they’ve established, and we were quickly rewarded by our first sighting of monkeys and seeing macaws flying overhead.  For someone who is used to only seeing them in zoos and pet stores, it was surreal.  The food was fabulous.  They use only local produce and meats, although fish is not served.  Unfortunately, gold mining in the river has resulted in toxic levels of mercury poisoning, and therefore the lodge does not serve fish.  I was bummed because I was hoping to have some exotic fish dishes while I was so close to the river, but yeah, I could do without mercury toxicity. 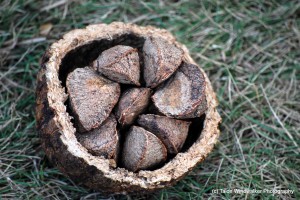 Shell looks a bit like a coconut. When opened, this is what you find.

We went to bed fairly early since we had to get up at the butt crack of dawn.  Our unearthily happy guide was eager for our trip.  We were all too tired to have the proper energy required to wring his cheerful neck, so he survived.  We got into our boat, and all grumpiness rapidly eroded as the predawn views manifested themselves. 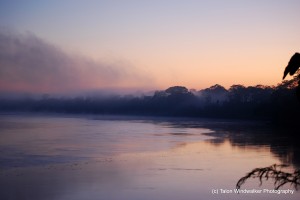 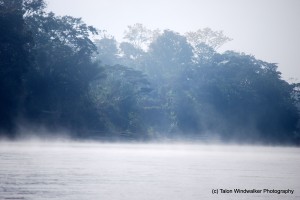 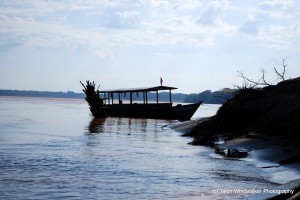 The whole purpose of this early morning jaunt was to watch hundreds of parrots come to the clay lick for their daily dose of minerals.  They also use the clay to aid digestion.  We had a very yummy breakfast of handheld pancakes with jam.  Don’t know why it had never occurred to me before that you could eat them this way!

As soon as the morning mist cleared, the short calls began announcing their arrival.  To avoid predators they fly in groups, do several passes to make sure everything is clear, and then settle on the high tree limbs before coming down to lower ground for their clay snack. 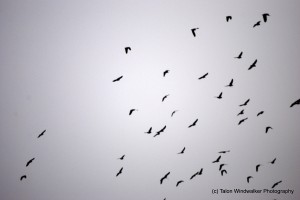 After this we headed to Lago Sandoval, one of many nature preserves in the area.  We got to see tons of other wildlife, including something I had been hoping to see: leaf cutter ants! 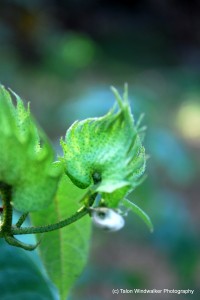 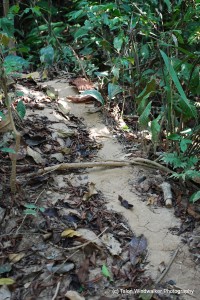 They keep their trail pretty immaculate 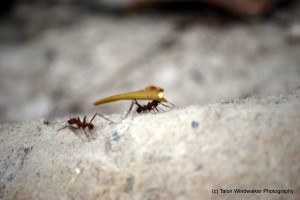 After hiking through the lush forest, it was time to get in our boats to tour the lake.  Thankfully Freddy was more energetic than the rest of us since he did all the paddling. 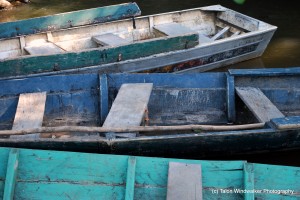 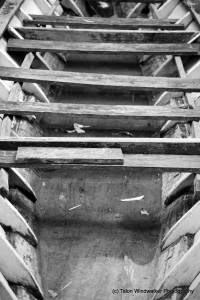 First, though, he had to bail out some water. 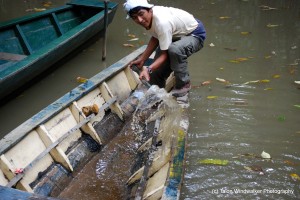 The lake provided outstanding views and plentiful wildlife as well. 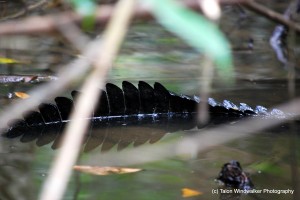 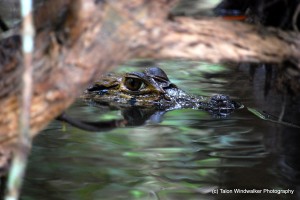 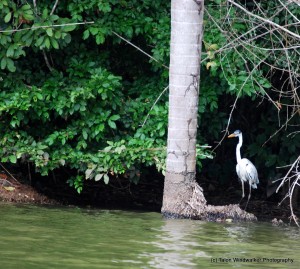 The next day was the one I had been looking forward to but also dreading:  The canopy walk.  Have I mentioned I have a healthy fear of falling?  Heights aren’t a problem, it’s what can happen from heights. For instance I’m fine in tall buildings, flying, etc., but standing on top of a chair can be an exercise.  And I even signed up for this torture.  It wasn’t like they surprised me.  I actually signed up for this insanity.  I wasn’t going to, but then I heard the words I’ve preached to kids many times:  Don’t let your fear keep you from enjoying life.  How could I utter that again if I chickened out here? 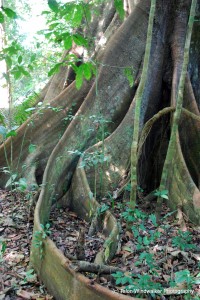 Not your typical ficus! 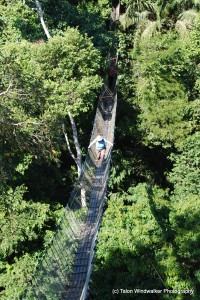 This is where the steep part begins 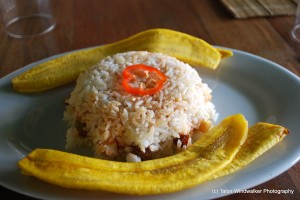 This preserve is called Tiricaya, and they serve lunch after the canopy walk.  It was quite tasty.  Meat and beans were inside the rice “sandwich.”  The picture of the monkey comes from the animal rehab section where they had a variety of birds, tapir, monkeys, and even a giant river otter.

Our final day of activity included visiting a local farm and taking a trip down a creek to spot cayman.  While taking a break, Freddy unsuccessfully fished for piranha.  While on our hike, we bumped against a bottle tree that we suddenly discovered housed some bats.  They flew out of the tree, made a few passes above our heads, and managed to dump a nice load on my arm before returning to their arboreal home.  Made for a good story back home. 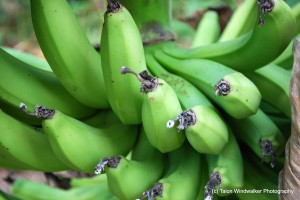 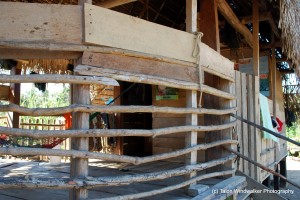 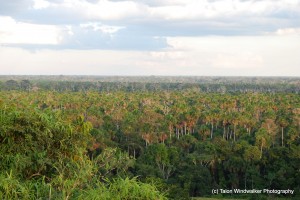 View from the lawn at the lodge 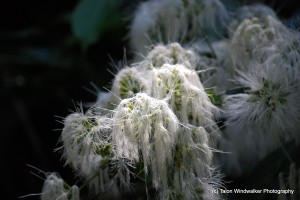 Besides waking up every morning to the cries of howler monkeys and parrots and macaws flying overhead, another thing I enjoyed was having to slow down things.  I tend to do a lot when I’m on vacation because I want to see and absorb as much as I can.  When back at the lodge, power didn’t come on until 5 PM and was off at 10.  No cell phone, no WiFi, limited electricity.  Nothing to do in the afternoon except sit on my porch reading on my Kindle or laying in a hammock.  Incidentally, when the power comes the lounge opens.  The bartender makes a positively yummy pisco scour, and I tried a drink you probably won’t hear anywhere else:  pisco libre (pisco and Coca-Cola).  I could drink a LOT of those.

Next post we visit Pacasmayo & Trujillo.  You want to hear about a weird experience?  Make sure to read that one!