Gravity, the French Senate, and St. Joan of Arc

Many people visit the Latin Quarter in Paris, but it seems not as many make it to the Jardin du Luxembourg nor the nearby Pantheon. Not THAT Pantheon. Paris has a different kind, and it’s pretty amazing. Luxembourg Garden is the 2nd largest public park in Paris and represents the grounds of the former estate of Marie de Medicis. She had a palace built there which now houses the French senate. The gardens are lush and readily invite you to slow down and enjoy their idyllic surroundings. It’s a perfect area for a picnic or to relax from all your walking. Statues & fountains are often tucked away, so it’s worth exploring all the different paved paths in the park. 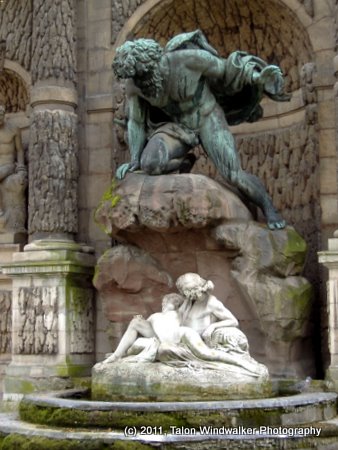 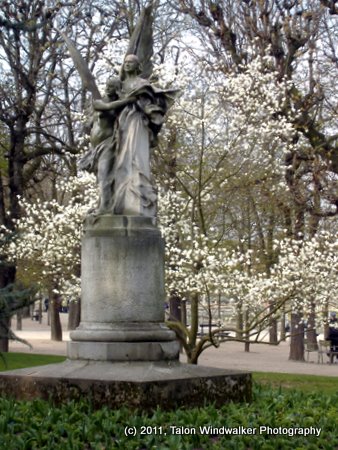 A short walk away is the gorgeous gothic former church dedicated to the patron saint of Paris, St. Genevieve. Its construction/renovation was ordered by King Louis XV in keeping with a promise he made to be cured from an illness. As is common with many cathedrals, the rather drab exterior does not adequately prepare you for what’s inside. The once church is now a mausoleum for the most distinguished of French citizens. Inside you will find incredible construction, Foucault’s pendulum, and murals that draw you into the history of not only Genevieve, but my favorite saint, Joan of Arc. Yes, a Zen Buddhist monk has a favorite Catholic saint. How can you not love her story? But that’s for another post. 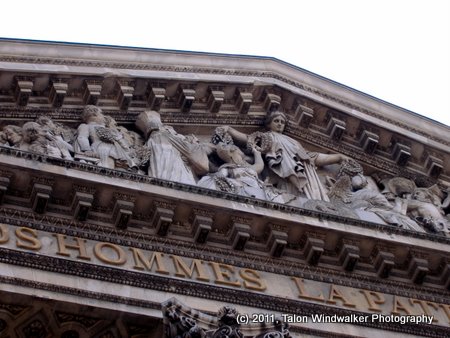 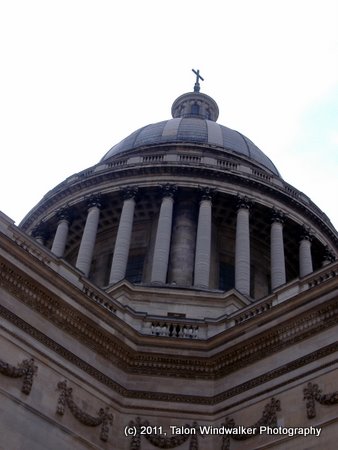 Inside I encountered very few fellow visitors, but the opulence and grandeur of the building invites a natural reverence that encourages people to speak with a hushed voice and to simply absorb the peaceful ambiance. Within its walls you will find the tombs of famous people the likes of the Curies, Alexandre Dumas, Voltaire, Victor Hugo, and many others. The murals are incredible, and you will probably find yourself standing in front of them for a sustained period of time as you slowly look at every face and object, carefully scanning so you will not miss any detail. 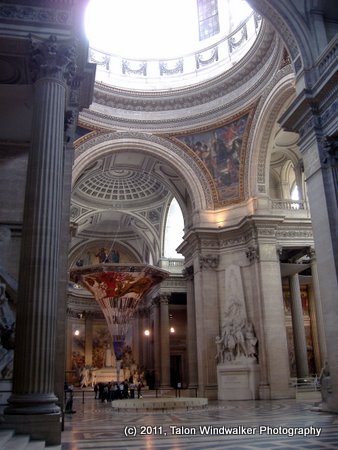 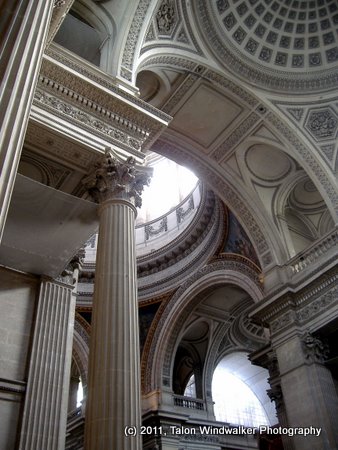 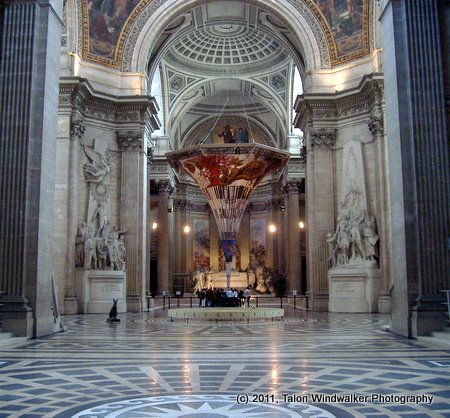 Foucault’s pendulum is in the background 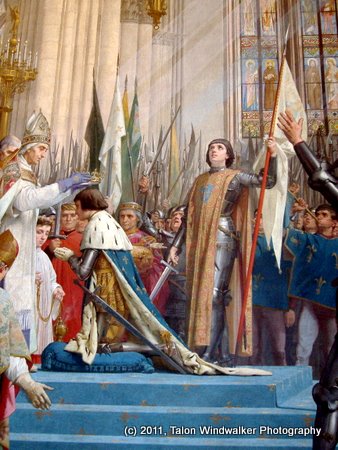 From the main building you will enter the tombs. It is readily clear how well honored the people were who were lain here for their eternal rest. Some were immediately buried here upon their death, and others were placed here later. Dumas was one such person was interred there in 2002 by President Chirac, righting a previous wrong created by racism. 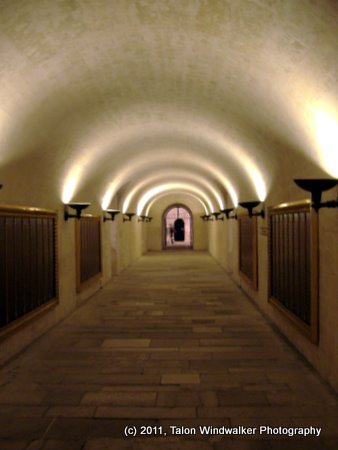 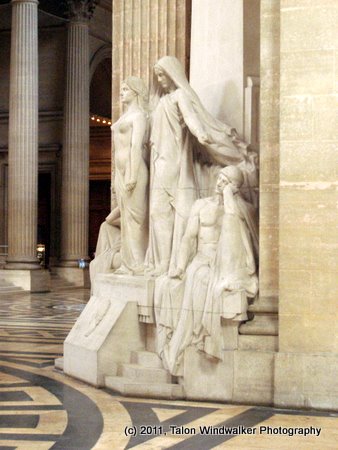 The gardens and the Pantheon are must-sees when coming to Paris.

And when you visit, please incline your head a little toward St. Joan of Arc’s painting for me.