When traveling long term, or while living as an expat, you might experience traveler fatigue from time to time. This goes beyond just the simple cravings of things like bagels, certain cereals, etc. 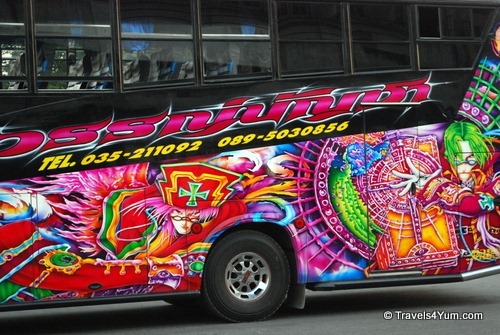 I don’t mind long train rides. When I look at a schedule and see a 10-hour ride I think “That’s no big deal.” Put me on a bus for that long, and I will do almost anything possible to avoid it. Even deciding to not travel to a place because of it.

Not so thrilled with a 10-hour plane ride either.

I like being able to get up and move around. On a train, I can stretch out, go for a bit of a walk, use the toilet without a big ordeal, don’t have to deal with surly flight attendants and all the restrictions of air travel, and I don’t get socked with all the ridiculous extra fees.

Plus there is often beautiful country scenery I wouldn’t see otherwise..

Buses are too cramped, especially in countries where the locals tend to be shorter than Westerners. And they often don’t have toilets that are functioning or usable. I hate having to dehydrate myself for a long bus ride. Especially considering how many kidney stones I’ve given birth to, and the #1 prevention for my type of stones is adequate hydration.

After 3 years of travel, I cringe at the idea of any bus ride going over 3 hours. After doing so many of them in Latin America, I’m over it.

I know people who can handle a long bus ride like it’s nothing. I tip my nonexistent hat to them. It’s almost like torture to me. 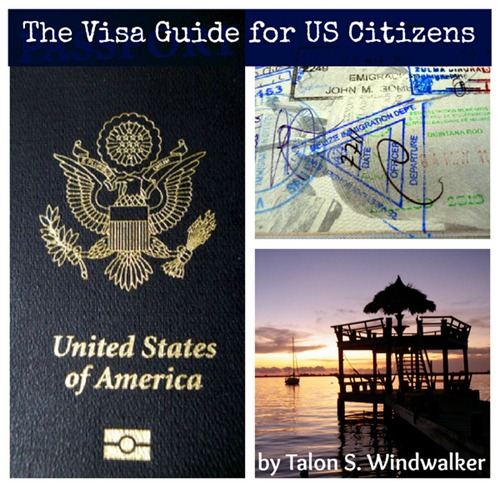 Some places make it easy on visitors, especially if you have a US passport. Georgia is one of the European countries that REALLY makes things easy—360 days without a visa. Hello!

And then there is the Schengen Zone. Ugh.

As a US citizen, I can stay anywhere in the zone for a maximum of 90 days within a 180-day period. It makes travel within the zone quite easy, especially if you’re traveling overland or by boat. Even air travel is fairly painless as it seems most immigration officers see the navy blue cover with “United States of America” stamped on it and barely give it another glance.

But that 90-day limit just makes things complicated! So many times I’ve seen great house sits we couldn’t apply for because they want people there for more than 90 days.

Then there are countries like Thailand that give you 30 days. Sometimes you can renew them (at a cost), but that involves forms, photos, money, time at the immigration office, and border runs.

Surprisingly, these still have a big wow factor for me, but there are definitely other things that I find myself just shrugging about. Especially if they’re on someone’s “must see” list. Just telling me I “have” to see or do something at this point is enough to put me off.

So many times I’ve gone somewhere because we just “had” to see it, and I was thoroughly underwhelmed. 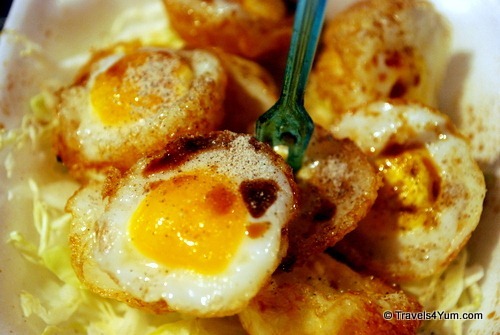 Obviously, I’m not going to get tired of food, but sometimes the local cuisine is just . . . not that exciting. Sometimes we find ourselves cooking, buying, and searching for more American-type foods simply from food boredom or burnout.

It’s funny how a simple thing such as bacon can make you a total food snob. Countries have a different version of bacon, and if you’re used to the American kind, you may find yourself saying, “Yeah, it’s bacon, but it isn’t GOOD bacon.”

And as much as I love Europe, their cereals are boring as hell when you’re used to going into a grocery store that has both sides of an entire aisle packed full of variety.

Europe doesn’t really do pies either. I never realized just how American pies really are before we began traveling extensively. Sure there are some phenomenal pastries and such, but when you want something like an apple, pecan, or peach pie, yeah, well, good luck.

Even worse if you’re like me and don’t care for cakes but adore pies.

Some cuisines are just boring after a while. We were dying in rural Morocco after a month of tajine, couscous, and rotisserie chicken. Our current home in the Czech Republic has a more diversified selection of dishes, but they’re all pretty heavy, and many of the dishes only differ from each other by a little bit.

Thankfully, some cities, like Prague, offer more international choices and that’s quite helpful.

We’ve enjoyed being in the parts of Europe that have four seasons. It’s been wonderful! Especially after SE Asia where the only diversity is a few degrees of heat. We really enjoyed SE Asia, but constant heat just gets old after a while.

Shifting from hell hot to “only” oven heat just isn’t much of a change.

I prefer to get excited about the days being longer, the weather warmer, and flowers beginning to bloom after winter instead of “Oh wow, so instead of sweating out 5 liters today, it will only be four!”

I need my weather diversity.

We’ve had some great apartments and such, but every so often I find myself yearning for a place that is decorated with MY stuff. I sometimes want to see MY photos and art work on the wall, with my selection for furnishings, and I want a fully equipped kitchen.

And we REALLY miss having pets. We have a couple of house sits coming up that have quite the menagerie, and we’re really looking forward to that. Still, we miss having our own cat and/or dog. One that we aren’t constantly leaving behind and who has been raised with us and feels a stronger connection.

Sometimes you just want to know that stain on the couch came from you.

Have you ever experienced traveler fatigue? What was it like for you?