We had been out most of the day trying to celebrate my birthday. For a variety of reasons, it really hadn’t gone all that well. I did have a good birthday lunch, but that was about the nicest thing I could say about “my special day.” I try to be positive, so I focused on the lunch and the time spent with my son. Now we were at home. I was seated by the fireplace messing around on Facebook and enjoying an adult beverage when it happened. Who knew I’d be experiencing Australia healthcare firsthand as the grand finale to my birthday. 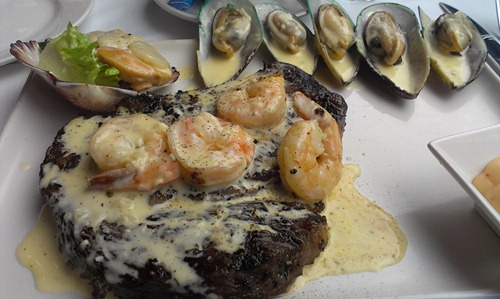 A sudden run of fluid from my nose let me know I was having a spontaneous nosebleed. Not a big surprise. We’ve been in a lot of dry heat lately since we were in Australia during their winter. My nose had felt pretty dry. In fact I had even told myself that I should pick up some saline nasal spray. Which I hadn’t done yet.Little did I know this wasn’t going to be any simple nosebleed, and I would soon get to explore a side of travel no one hopes for.

The stupid bleed went on for a while and finally stopped. I took a couple of small sniff tests, and it was all clear. PHEW! I was so relieved. Minutes later, though, a stream of blood poured out of my nose. I grabbed ice and rubbed it around my cheeks and over the bridge of my nose since that often helps. I tried laying down to take pressure off. A total rookie move. A former trauma nurse knows better! But I was so tired of sitting up pinching my nose.

After coughing rather violently, I sat up and leaned forward for a while. Like you’re supposed to. I grabbed my Kindle Fire and googled to see if I was forgetting any other trick. It just wasn’t stopping, so I googled directions to the hospital to refresh my memory where it was in the next town just in case. 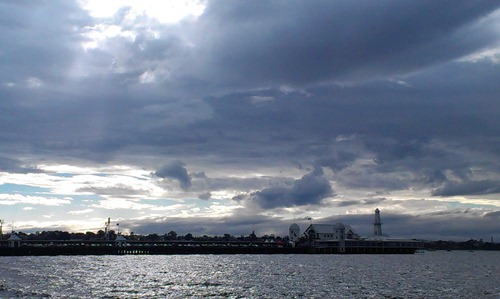 Finally, it felt like it stopped. I continued with the pressure and did another ice down. Things seemed to stop. I gingerly released my grip on my nose. Within a few seconds, a larger stream gushed out of my nose. It was big enough that I actually heard it splash against the Kindle and the blanket as it poured out.

“I need to go to the hospital,” I told Tigger quickly. This bleed had been going on for about 1-1/2 hours already. Two gushers equaled not going to stop any time soon.

I arrived at the ER, my hands covered in my own blood, the pile of Kleenex held to my nose rapidly saturating with the continued flow. I kept adding more tissues to the stack to keep it from flowing down my arm.

Like with most hospitals in developed countries, not much gets done until paperwork has been done. Since I’m not an Australian resident, I have to pay up front. “That will be $240 (AUD)” the bored blonde clerk told me. I added another wad of tissue to my current collection as I dug my wallet out of my pocket and handed over my card.

When I returned to triage, she saw the amount of additional blood that had gathered and quickly ushered me into the back.

After about 4 hours’ total time of bleeding, they decided it was necessary to pack my nose. If you’ve never had the pleasure of having a device known as a Rapid Rhino Rocket shoved up your nose and rapidly inflated with air so that it appears like one of those balloons clowns use to shape into animals is protruding from your proboscis, I hope you get to remain ignorant.

“We’ll leave them in for an hour and reassess.”

I watched the large wall clock as the hands crept every so slowly. My head throbbed from the combination of the devices wedged up both my nostrils and elevated blood pressure from the pain and the whole situation.

“Well, at least this birthday will be memorable,” Tigger says. He is so my child.

Finally, the hour passed and no one came. I gave them 15 minutes before I hailed a passing nurse. The doctor came over hesitantly. “You see, I spoke with my boss, and, uh, well, he wants you to be seen by the ENT in the morning.” Okay, whatever, just remove these things! “Well, he wants the ENT to remove them in case you have another bleed.”

I gaze at the clock to discover this means 3 more hours.

We had a couple of overnight options available. A different lady came and explained to me, at 5 in the morning, that if they admitted me, I would need to pay $1200 AUD which would cover everything, including the operating theatre and all x-rays. Otherwise, they could keep me in the ER, and what I already paid would cover everything.

They moved us into a more private area of the ER as Tigger’s improvised bed which involved dragging a chair over and laying across the chair and onto the part of the hospital bed that wasn’t covered by my uplifted mattress scared them. They kindly offered me something to try to help me sleep since it would be at least 3 hours.

I waited patiently, in and out of sleep until the 7:30 arrival time of the ENT. Except he hadn’t shown up by 8:15. At this point I was nearly in tears. “Would you please call him? I’m really miserable.”

A few minutes later a young guy walks in and introduces himself as the ENT and announces his brilliant plan of admitting me overnight, starting antibiotics, and leaving the Rhino Rockets in for 24 hours. I was ready to grab something sharp and deflate the damn things myself! 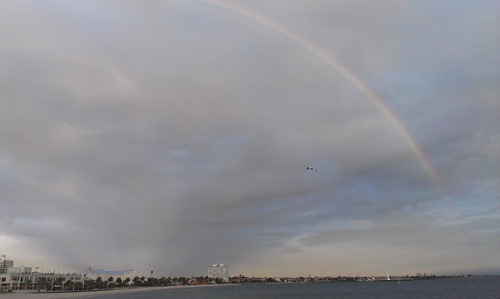 No one had checked with my emergency medical insurance to see if an admission would be covered, so there was a conundrum on their end. Luckily, a more senior ENT arrived. “No, no, no,” I heard him say as they explained their plan. He came into my room, said his name, and uttered the most beautiful words I could’ve heard that morning: “We’re going to take those packs out and send you home.”

“I’m not from this hospital, so normally I would have to bill you separately for my services. But I’m not going to do that. If you become wealthy or something some day, how about you donate my fees to a charity of your choice instead.”

A few minutes later he pulled the balloons out of my nose and took a look. A few pokes and scrapes from silver nitrate sticks, and I was a free man.

So what did I think about Australia healthcare? Besides wishing I hadn’t had the experience, I mean.

I’m grateful it was a relatively minor situation and that the fee was relatively low (lower than my copay in the US!) I was pretty impressed and hope to not experience any other country’s healthcare system for a very long time.