Confessions of a Scrooge

For most of my adult life, I have absolutely despised Christmas and the whole holiday season. As a child, it was a bit different because my maternal family are Jewish, so I grew up with Channukah. While my cousin, who had wanted to become a rabbi instead of an attorney, would become angry with his wife for serving green and red Jell-O (“They don’t make it in white and blue!”) and would seethe as me and the other kids sang Christmas carols, I always enjoyed Christmas carols and seeing all the lights on the houses.

And let’s face it, other than the dreidel song, Channukah doesn’t really have that many great songs. (Although, now we have Candlelight thanks to the Maccabeats! Love it!)

As a kid, celebrating Channukah just made me stick out even more. I was often the only Jewish kid in school. Eight nights of presents sounds really exciting until you see the reality. “Look, a pack of colored pencils and underwear!” 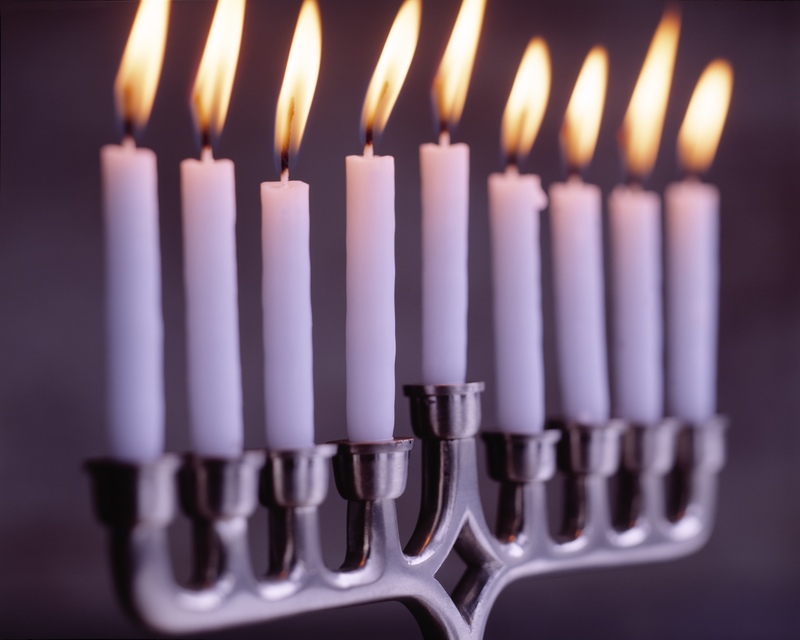 Once I was a teen, I was moved around from home to home so much that the holidays weren’t anything that interesting. In the foster and group homes, we would get a small gift and maybe have a big dinner. That was the extent of it. I hated going back to school after winter break because I had to hear from all the other kids about their cool gifts and their family’s trip.

In my adult years, the holidays stunk even worse. Well-meaning friends would invite me over so I wasn’t alone, but they didn’t understand how uncomfortable it was to be the only non-family member sitting around listening to their wonderful family share their precious memories together, tease each other, and reminisce.

It’s also the time of year when the annual debate between saying Happy Holidays and Merry Christmas revives, and my Facebook stream will now be filled with indignant “Christians” who want to bitch that someone wished them Happy Holidays or called a Christmas tree a holiday tree. (Guess what, the solstice and consumerism are “the reason for the season,” yours isn’t the only holiday that occurs at this time of year, and it’s so full of pagan symbolism. . . don’t get me started.)

It was one reason I was happy to be working in the medical field. Even though I always wished that I could somehow go to sleep after Halloween and not wake up again until New Year’s Eve, working in hospitals was a surprise blessing. We often get paid double to work a holiday. As I had absolutely no desire to be home alone on the holidays or to sit in someone’s home trying to disguise my severe jealousy, I volunteered to work Thanksgiving, Christmas Eve and Christmas Day, and even the day after.

I was the unit/team hero every year, and I loved the extra money. Patients and families would bring us treats because we were “angels” for “having to work the holidays.”

When I got married to a woman who already had children, I had instant family. The holiday season was a bit more enjoyable then. Kids make Christmas more exciting. And now when I sat around the table, it was my family. That was less painful, but I still was always relieved when it was over. My wife stressed out way too much about buying presents for Christmas.

She was the type of person who felt the kids should get everything on their list, while I refused to go into debt for it. Get them some of the gifts they wish for, but nothing says they have to have every single thing! With only one of us working, we just didn’t have that kind of money.

After the divorce (completely unrelated, folks) and my move to Texas to do my chaplain training, I thought the holidays would be better since my sister lived close by, but they still stunk. I was the only non-Christian on the team, so once again I was the “hero” and worked the holidays.

When I moved to Colorado, I had some friends who were single and didn’t have local family, so we would often spend some time together on the holidays. I would make a huge meal for Thanksgiving and have a number of friends over. That I really enjoyed, so I moved up my “sleep after Halloween” dream to sleep after Thanksgiving.

Never did get that to work out, though. 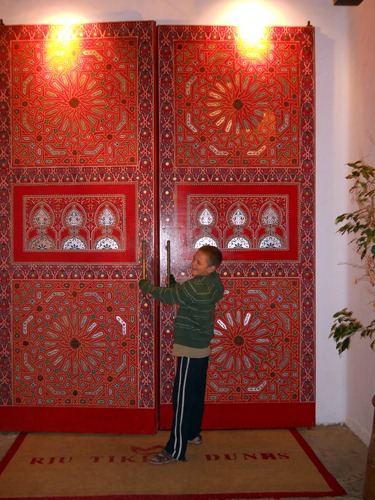 Then I adopted. I obviously couldn’t care less about Christmas, but they grew up in homes that did celebrate it. I decided at that point we would just create our own holiday. Channukah is Jewish but isn’t a religious holiday. I also enjoyed the solstice. So, we made up our own celebration: Chrismakah.

Basically we just took everything we liked about Channukah, Christmas, and the winter solstice, and combined them around our own traditions. We would light the menorah when Channukah started, and the tree would go up the next day. Presents were opened on the day of the solstice. Stockings went up on Christmas Eve.

Taking control over the holiday made a big change for me. Instead of viewing the holidays as just another time of year to feel like crap because I didn’t really belong to a family and didn’t have good memories of this time of year, instead I was able to focus on traditions we created and loved. We were in total control of it.

I started enjoying the holiday season so much we started having movies we watched starting every Thanksgiving. We would watch Elf, About a Boy, and The Grinch Who Stole Christmas (the original animated version). Tigger got too creeped out by A Christmas Carol (with George C. Scott), and he is too young to watch Love Actually with me, so I watch those alone.

Every year I also read A Christmas Carol. There are so many great lessons in there about life in general.

Travel brought a whole new dimension to our celebrations. We didn’t have a tree or a menorah anymore. We did have a couple of ornaments we had brought along with us, but that was it. On the island in Honduras, a turkey was $50 USD. I wasn’t about to pay that. Tigger added a new feature to our traditional meal: macaroni and cheese with bacon. For Chrismakah, I had actually won a raffle at the grocery store, and we had a huge turkey and all the trimmings. That was fun! 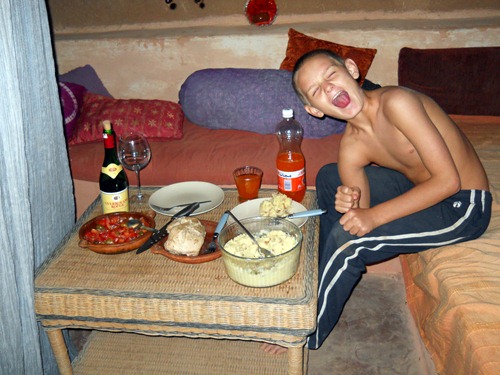 Our traditional foods were now subject to availability. Last year, we celebrated both holidays in Morocco. Our metal box, aka oven, was too small for the whole turkeys they sold fresh. Instead, we ended up with a turkey breast and no bacon for our mac ‘n cheese. When it was time for Chrismakah, we went to an all-inclusive resort in the nearest large city to get a break from the oasis.

After two years of no lights, no carols, and no general merriment, I couldn’t take it any longer, so we set our eyes on Europe for the holidays. This year I’m positively giddy with excitement. The 40-foot Christmas tree is set up and decorated in the town square. They are stringing up rows and rows of lights down the pedestrian street. Decorations are being sold in the stores. I am as excited as a 5-year-old to see all the decorations light up.

As already mentioned, this year we’ll be spending Christmas and New Year’s, in Vienna, a city known for doing Christmas right. I can’t wait to see all the lights, experience the foods, hear the music, and to visit all the holiday markets while Jack Frost nips at my nose.

And the lesson I learned when we created Chrismakah is something that I’ve learned to apply throughout the year—I do not have to be a slave to my past or my memories. Perspective truly is everything. Instead of focusing on pain, negativity, etc., I can selectively choose the things I wish to focus on. It may sound cliche, but it totally works.

I no longer see the lights going up and think “Ah s**t, here we go again. Come on New Year’s!” Now I see the glowing, multicolored decorations and lose myself in the spirit of joy. For me now, the holiday season is a time for celebration, friends, family, and joy.

My new confession is I absolutely love this whole holiday season now. Now come on, Brasov, and light that tree!

Are you currently or formerly a Scrooge, or does your home make the North Pole look less than festive?