Traveling between the cities of New Zealand

When looking at New Zealand on a map, it can seem deceptively small. The country may have more sheep than people, but it is by no means a short trip to get between the various cities of New Zealand. In fact, a bus from Auckland to the nation’s capital is an 11-hour ride, and they’re located on the same island. There are several options for getting around, and it’s worth spending a bit of time doing some research to see what your best option is. Like with many places, overland travel may not be your cheapest choice. 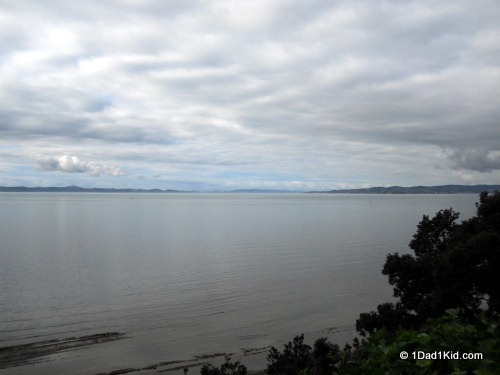 There are a few bus companies traversing the country. Naked Bus (don’t let the name bother you) is one of the better known companies for budget travel, but InterCity also has some great fares. Both companies also offer passes that could save you some money.

If you’re planning on bus travel, make sure to check out discount sites like GrabOne Escapes which often has some super deals on Naked Bus. I utilized one of their recent deals to book roundtrip travel between Christchurch and Queenstown for $45 NZD total, which was for 2 people (normally one would spend that for 1 person just one way).

As stated previously, bus trips can be very long hauls. Our bus didn’t have a bathroom on it, but they did make a few short bathroom stops along the way as well as a 30-minute lunch break during our 9-hour journey.

Booking with Naked Bus is quite easy. You can do it online, and they don’t require a paper ticket. All you need is the unique number they give you which is great for travelers. I hate having to pay to print out a ticket, especially in this day and age with so much technology.

Planning in advance can help you save lots of money as there are $1 deals quite often.

Really not your best option. Train prices are much more expensive than flights for almost every route I’ve investigated. Depending on your itinerary, you may also have to take a combination of train and bus which ends up requiring about the same amount of time as the bus for a lot more money.

Flying around New Zealand can be surprisingly inexpensive and shouldn’t be overlooked as a viable option, especially if you factor in transit times. Going from Auckland to Christchurch overland would cost over $200 NZD and require more than 1 day of travel. Flying that same route can be done for $44 NZD per person or lower, and that’s including the baggage fees. The flight will take about 1-1/2 hours.

When considering flights, make sure to check out Grabaseat (which offers more than just discounts on airfare). The further in advance you can plan, the greater the chance for big savings.

Flying within New Zealand is pretty easy. We flew with Jetstar from Auckland to Christchurch, and I not only didn’t need a paper ticket/printout, I didn’t even have to show ID at the ticket counter, when passing through security, or when boarding the plane. It’s a lot more relaxed!

If you want to travel between the north and south island and aren’t planning on flying, you’ll also need to figure in a ferry crossing. The crossing takes about 3 hours, and it is not cheap at $52 NZD per person. That price is only for traveling by foot.

You will obviously see much more of the country if traveling overland, and there is definitely some incredible scenery. So if you have the time, money, and temperament, it may just be worth going overland between cities of New Zealand. You just have to factor it all in.

When given the choice between flying or taking a half-day bus ride, which is your preference?