Budapest does have 2 cat cafes (the one by St. Stephen’s Basilica is better than the other one), but why stop at just kitties? Why not visit a cafe where you can also interact with birds, reptiles, rabbits, guinea pigs, and others?

After reading about this cafe in a Budapest tourism site, we just had to visit, and I’m so glad we did. Another traveling family met up with us there, and it ended up being a lot of fun. 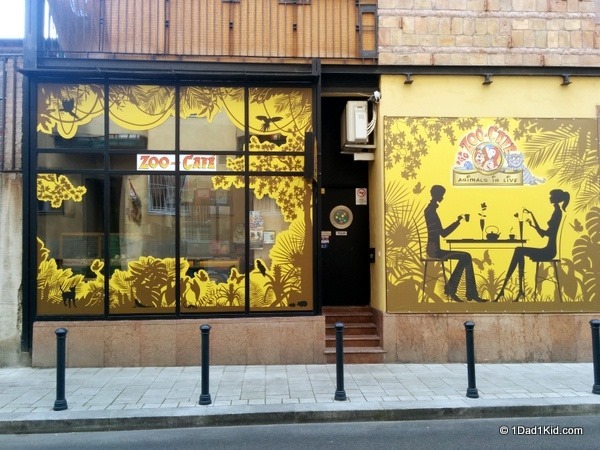 The cafe is located in a very unassuming location, as in you wouldn’t know it was there unless you specifically went looking for it, near the big Central Market Hall and the Kalvin ter. metro station on the Pest side of town.

While service isn’t all that good or friendly, they do make sure you get plenty of time holding the various animals. Just let them know which one you’d like to hold, and they’ll make sure to get your chance.

As far as food and beverages go, they have a small food menu, the usual coffee culprits (although you will find some fancier stuff like a Nutella latte), and ice cream sundaes. The menu is in Hungarian, but the staff speak English.

There is also hand sanitizer located on each table, which is especially important to use after handling the reptiles.

We counted at least four different cats, some of which were quite shameless such as this one who hopped onto a chair and patiently waited for the small human to share her ice cream. 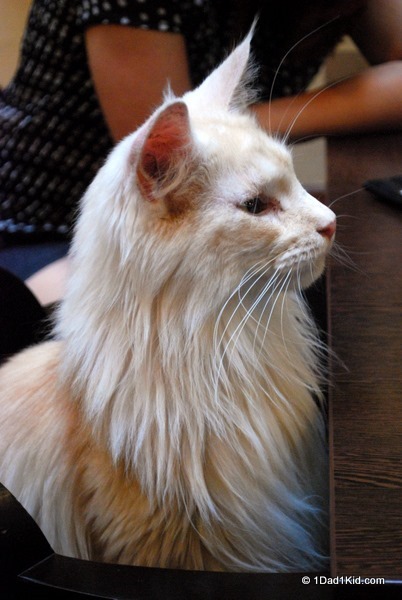 I think we had the most fun holding the chameleons, though. Especially the young one who was much more active than the older reptile. They just aren’t a critter you usually get to interact with. It was interesting to feel its grip on your fingers, watch its eyes move around, and to feel its soft scaly skin. 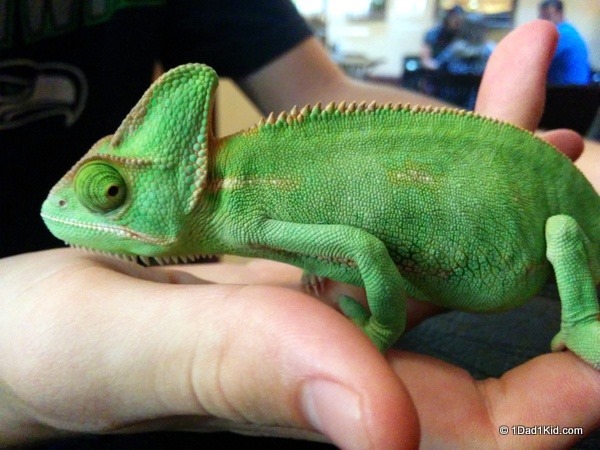 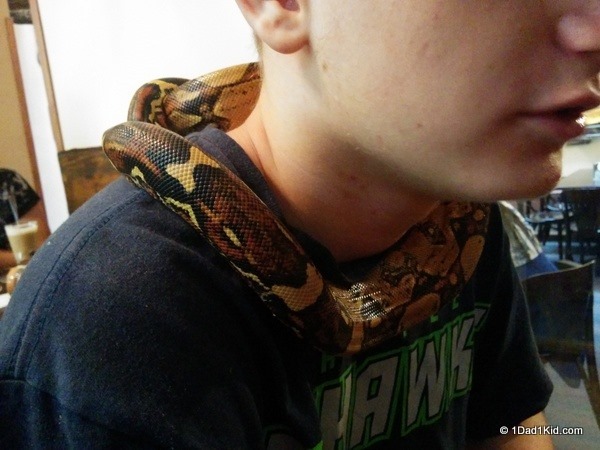 We also had some time with a rabbit and guinea pig. 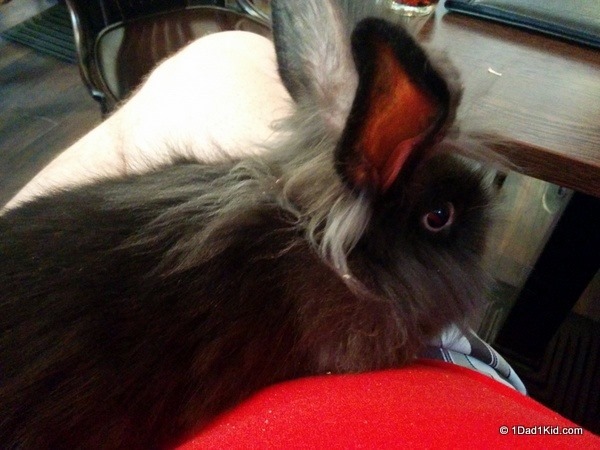 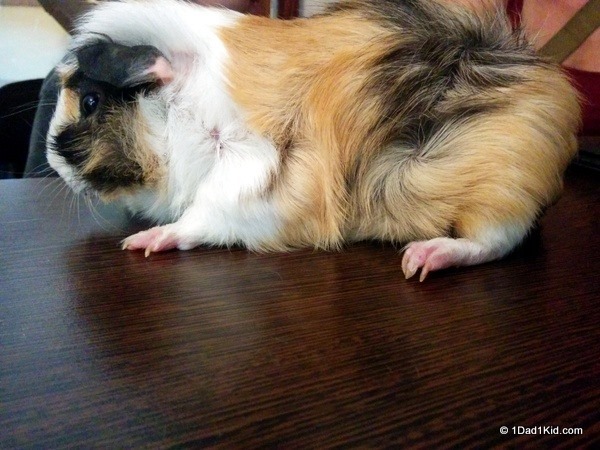 The guinea pig had a great sense of humor and was totally unfazed by my comments about its relatives in South America tasting quite nice.

We spent at least a couple of hours there, and it’s definitely a place we’ll come back and visit.

The Budapest Zoo Cafe is located in district V at Fejér György utca 3. They are open 7 days a week from 10 AM until 10 PM.  Click to see it on Google Maps.

Incidentally, we spent some time playing with animals before we were asked if we wanted to order anything. Not hassling visitors is always a plus to me.

Have you been to a similar cafe? Where?