A Miraculous Story about Love

A story about love is not uncommon, but few of them are as heartwarming, and even fewer can be called truly miraculous, as that of La Milagrosa in Havana, Cuba. 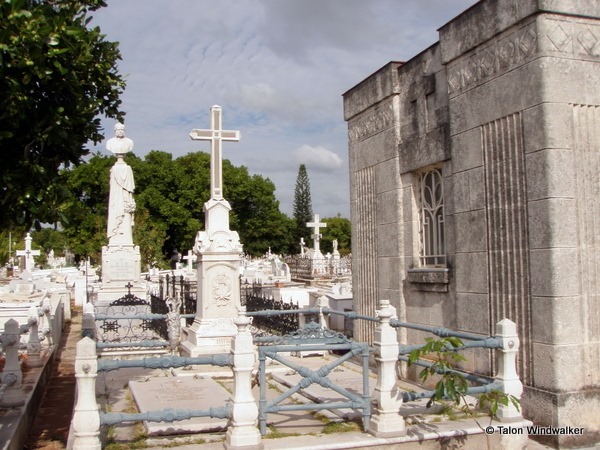 Amelia and José had a forbidden love.  Amelia was from a proper, rich family and José was a poor man. Against her parents’ wishes they were wed. They had a short time of happiness until Amelia died in 1901 during childbirth, and unfortunately their child died as well. To spite her parents, José built a small, poor tomb for her and the child rather than allow her internment in her family’s tomb.

Every day for 41 years he would come, up to several times a day, to visit her.  In all that time it is said he never missed a day.  He would bring her flowers and take hold of one of the four rings on the lid of her tomb and knock.  Wanting to keep her in his sight for as long as possible, he would retreat backwards from her grave.

Fourteen years later his father died, and the tomb was reopened to inter his body. The family paid to see Amelia one more time only to discover that her body had not decomposed, a holy sign in the Catholic faith. Not only that but the baby’s body, which had been reportedly buried at her feet, was now in her arms.

Amelia quickly became known as a local saint (not officially recognized by the Church), and over the years many people have traveled from all over the world to visit her grave, leave her flowers, pray for a greatly desired outcome (, especially those praying to have a child), knock on her tomb, and walk away backwards.  In fact cemetery officials estimate she receives approximately 150 visits a day. 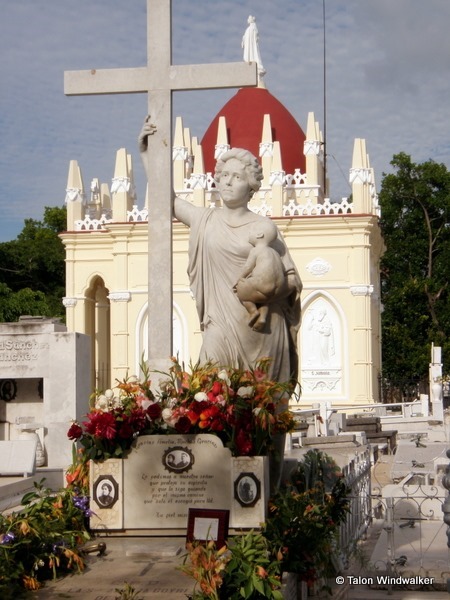 Her grave, in spite of its less grand stature, is easily identified by a statue of a woman holding a babe in her arms standing next to a cross. Hers is also the only tomb in the 56-hectare cemetery that is consistently covered by flowers.  Behind her grave you will find probably hundreds of small plaques left behind by the faithful who have come to pray for their own miracle and returned to give their thanks after their prayer was answered. 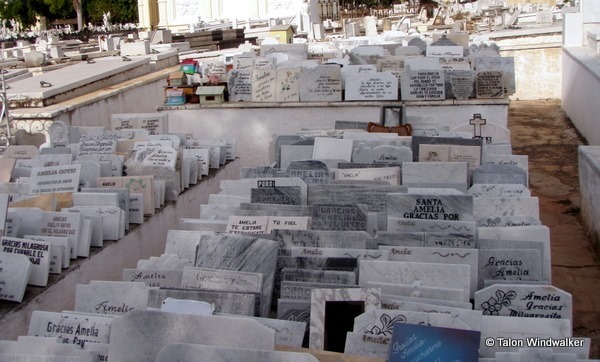 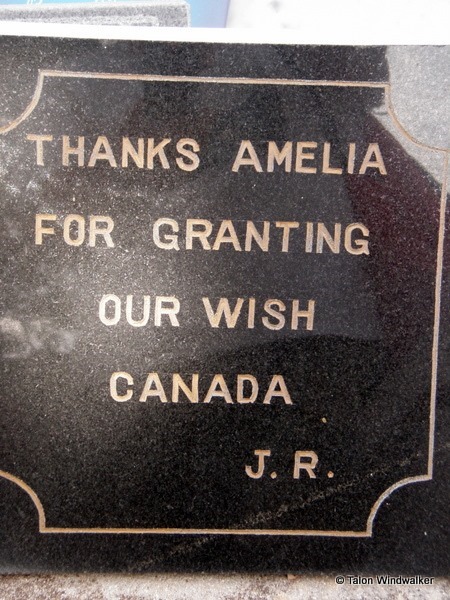 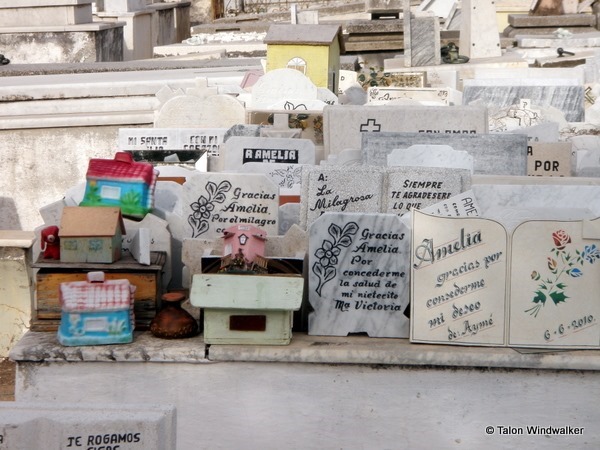 The cemetery is open all day long, and often the friendly guards will give you a free tour. The office has a map and detailed guide you can purchase if you’d like.  Admission for foreign visitors (other than those who have family buried here) is 5 CUC. If no one is at the entrance, go ahead and start walking around.  You’ll soon find a guard asking for your ticket, and you can buy one from him if needed.

You can find their shared tomb in the Necropolís in Havana, Cuba, which is readily accessible via the tourist bus route T-1.

Local saint, miraculous or not, it’s a sweet story about love few in this world will ever know, and for that alone it’s worth it to come see their grave and pay La Milagrosa a visit.

Have you been to the Necropolis in Havana?