What coming back to Mexico taught me

Home » General Travel » What coming back to Mexico taught me

When we left Mexico over a year ago, I was so excited to see new places and be in a part of the world I hadn’t visited. We loved Mexico and Central America, but we loved South America even more.  When we decided to return to Mexico for an interesting business venture, it was with mixed feelings.  I learned some interesting things in the process. 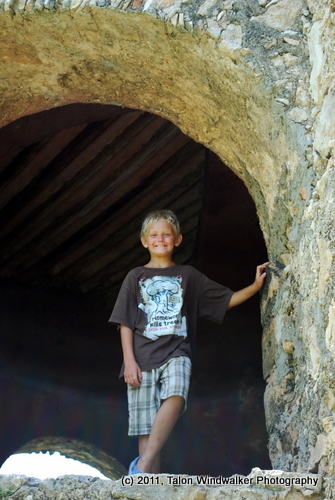 The first thing I learned, or re-learned, is to follow my gut.  Everything within me told me not to return to Cozumel yet.  Even when we flipped coins, we kept getting the message to finish South America and head to Europe afterward.  But the possibility was so intriguing, I just couldn’t resist.  The business ended up not happening which meant an additional expense to come to Mexico was for naught.  However, since I learned, and re-learned, some valuable things it wasn’t a total waste.  Still, I should’ve listened.

You know how they say you can never really go back?  That’s true on different levels.  When I returned to Quito after 17 years, it had tripled in size and become a much more modern city.  My former neighborhood was now a large, wonderful park and uber chic mall.  But I loved Quito even more this time, even though I missed sharing my bus seat with chickens and seeing people hanging on the outside of the bus, their arms looped through open windows because there was no room inside.  And the showers we had were no longer “suicide boxes” which sent an arm-numbing current through you if you accidentally bumped the wrong spot while bathing.  Not only that, but I had hot water for the whole shower, not just the first 1-2 minutes.  I can live with that kind of progress.

Cozumel is where we began our new life.  We spent most of our time here living next to a beach in a home with two dogs and a couple who became extended family.  I did my advanced open water and rescue diver certifications here, including my first night dive.  Because of this, I think we both had more romantic views of the island.  Coming back and seeing it through different eyes. . . well, it’s no longer on our list of places we would live more long term.

I discovered I have no desire to be a typical expat, especially not the version we often encountered.  While once in a while it is nice to get together with fellow gringos, I’m not interested in only supporting gringo-owned businesses or places that exist mostly for the tourists.  When I ask for food recommendations, I hope to be sent to good local places where locals may be found.  As customers.  Obviously, if I’m asking for a great sushi place in Mexico, that requires different expectations.  I also don’t live in a country just to try to re-create my native land in a new location.  I wouldn’t plan on living in a non-English country and get irritated because few people speak my tongue.  Additionally, I wouldn’t expect to live somewhere for years and make little to no effort to learn the language.  We’re planning on initially spending only a few days in Portugal, and I’m studying Portuguese.  I just don’t get it.

This was the first time I really focused on the sounds of an area.  In other places there were little things like smells and fun accents that added to my experience of a place, but living in typical neighborhoods in Cozumel introduced me to getting to know the sounds of a place. We’ve been gone from Cozumel only a day so far and I already miss the clapping of the panadero.

I never really knew just how much I don’t enjoy routine.  It’s no secret I love adventure and exploring.  Duh!  But, I didn’t realize just how much routine can really get to me.  It’s probably much more enhanced now that my life is full of change and new experiences.  I like having some chill-at-home days, but doing that consistently over a long period of time with no real exploring just doesn’t work well for me.  I am well suited for a nomadic life for sure, as is Tigger.  After a month, he was ready to move on.  I need consistent injections of new experiences or I start feeling depressed.

While housesitting was something I figured sounded good in theory, I discovered I really enjoy it.  We’ve had a long time with no pets, and it is so much fun living in a neighborhood with locals and having some pets to take care of.  Housesitting not only gives us a chance to live more like locals, and saves us a lot of money, but it also helps us get our pet fix without having to deal with the challenges of moving animals across borders. 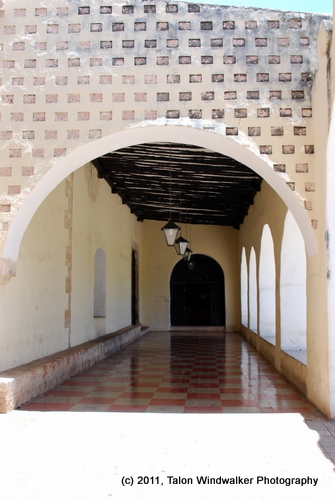 I knew I wasn’t a resort kind of a guy, but I hadn’t realized just how much I don’t enjoy them.  We’re currently splurging by staying in a hotel that costs $41 per night.  Normally our daily budget is $30 total, including food and everything else.  We ordered room service and felt really spoiled.  We tried an all-inclusive, and while I enjoyed having free alcohol and not having to worry about a food budget, I just didn’t enjoy the overall experience.  I can understand why some people really like that route, especially if you’re on a holiday from work or something, but it just isn’t for me.

I love being able to begin a sentence with “Was it in Honduras or Ecuador (or another set of places). . .?”  Not in an elitist way.  A big part of becoming a nomadic family was to get more living into my life.  When a memory begins with that phrase, or “Remember when we were in [insert country] and . . . ” it feels like my mission to live life more fully and to show Tigger the world and experience it with him is being successful.

I really need to be challenged more.  I knew that, though. Kind of. But being in Mexico for the umpteenth time (3rd with my child), after having spent the last 1-1/2 years in Latin America . .. . well, it’s all so familiar.  We already knew much of the island, most of the places, are familiar with the culture, etc.  After a couple of months, I was almost climbing the walls.  Part of what I love about travel is being exposed to new things, new culture, new foods, new, new, new.  Being in the same ‘ol place, doing the same ‘ol thing in the same ‘ol spots just lacks too much spontaneity and interest for me.  One of the things I love about the nomadic life is being in an area long enough to really absorb all of its intricacies, but then being able to just up and go when you feel it’s time.  Even changing cities can be enough to restart the engines usually, but Mexico has just become way too easy for me.

Before we began, I wondered if subtle life lessons would truly get absorbed by my child organically, or if I’d some day have to point them out.  Quietly, I hoped they would be absorbed through osmosis.  One day we were walking, and Tigger made a couple of interesting cultural observations about materialism.  Needless to say, I was quite thrilled when he followed up with:  Look at Mexicans.  They’re poor and many have almost nothing, but they’re f**king happy!

If nothing else positive had happened during our whole journey thus far, that one moment would’ve been more than worth anything we had to endure.  It was even better, and will mean more to him, that the observation came from him and not from something I suggested or intimated.  He’s developing a lifetime of values and memories that simply can’t be replaced.  What more could I ask for?

We are truly living our motto:  Live without regrets!

What do you do to live life more fully? What lessons and messages do you hope your children through their experiences?