Lots of little things have led me to believe that we probably have found our home here in San Miguel de Allende. We had pretty much already decided this would be our base, but this weekend’s events really cinched it for us.  After beginning a sourdough starter and making a batch of homemade cinnamon rolls, I knew that my heart had finally caught up with the rest of me. 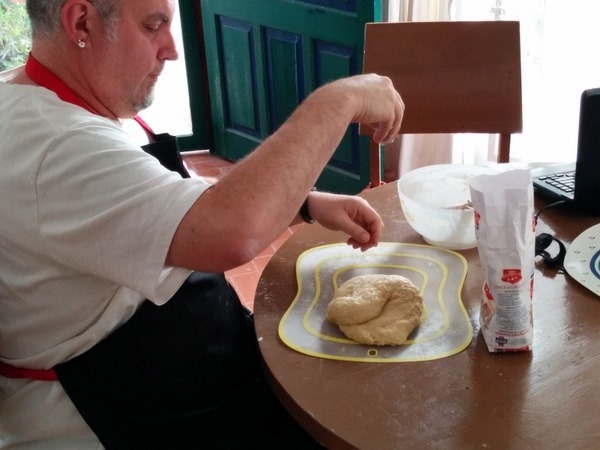 We’ve now been in San Miguel for just over a month, so we’re past the honeymoon stage. We have a lot of our walking routes to places down, and I find I can navigate my way through a large part of the city without having to whip out my phone to look at a map.

We have our empanada place, our tamale shop, and our preferred produce vendor. The grandmotherly server at my birria place (and Tigger’s chicken taco place), smiles when he sees us and can’t help but hover over Tigger trying to make everything perfect for him and chatting away in Spanish even though she knows he can’t understand her. When they messed up his order last time, she took over in the kitchen to make sure it was done right.

The guys at the bagel place see me walk in the door, and they say “You want bagels.” (As opposed to the rest of the customers who are there to order a sandwich or something.) I know if I want a larger selection I need to call in my order before 10 AM the day prior since the lady who prepares them preps a day ahead. 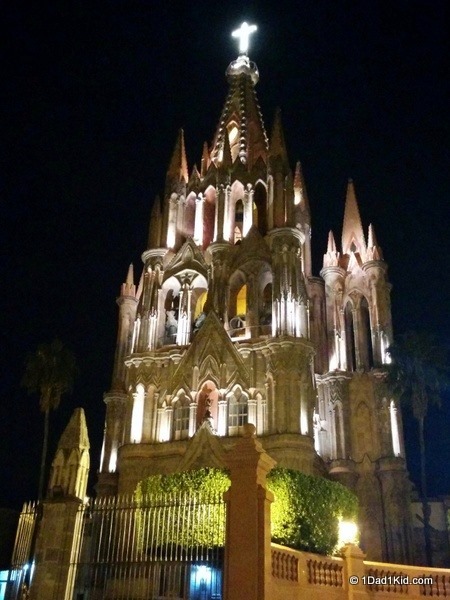 We know where to go to get our Icee fix and which of the small corner shops we can go to for certain items. For instance, the most local shop doesn’t have sugar, but if you go down the hill, that store does. And if the liquor store is closed, just pop in next door because that’s her sister, and she’ll get her for you.

Of course, the best part for us has been the friendships. I made a connection with someone before arriving through a local Facebook group. She has children around Tigger’s age, and her kids go to an expat school. They had a soup party at their house and invited a bunch of families, and we were able to make some great connections there. The next evening we gathered again with a smaller group of them to celebrate Chanukah.

When walking through a plaza a week or so later and we heard someone call out Tigger’s name, I really felt like we were becoming part of a community.

I made another connection through an email list, and this past Saturday Tigger joined her son and the local youth parkour group. When Tigger decides he wants to wake up at 9:30 in the morning instead of noon, you know he’s quite interested. My heart almost burst when I arrived a bit early to pick him up, and I saw some of his new friends giving him a hug. When he was leaving, he made the rounds of shoulder pats and fist bumps. 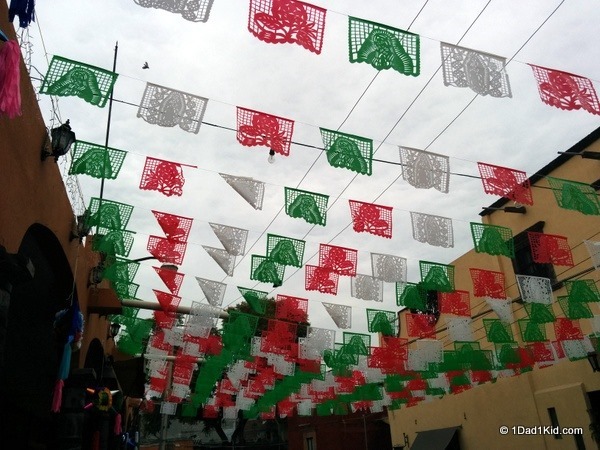 Later that night, we joined a couple of other traveling families who have found themselves enamored with this wonderful city and decided to call it home. After an enjoyable dinner of Indian food, we headed to the jardín (the main plaza) because it was the big day of the Festival of Guadelupe. I recognized one of the kids from the soup party, so we headed over to him.

As we stood in the plaza watching the kids sword fight with giant pencil balloons while the adults visited and enjoyed the unusually warm evening, accompanied by fireworks blasting off from a few meters away, we received an invite to go back to someone’s house for brownies.

Perhaps even bigger than all that, though, was when I had the opportunity for a trip in January, and my first thought was: “Too long and too soon.”