Visiting Brussels After the Terror Attacks

After passing through border control in Milan (after being inexplicably rerouted there by the airline), and after being on the airplane for 10 hours, I decided to check my messages while we waiting for our baggage to arrive on the carousel. I had a bazillion Facebook notifications, which was curious. But I was most interested in making sure our B&B in Verona had received my message about our delay.

I noticed an email from the homeowners for our sit in Brussels in 2 days’ time. She was letting us know that they were okay from the terror attacks and wanted to let us know that if we wanted to cancel the sit they would understand.

When I switched back to Facebook, I now understood why I had so many notifications. Friends knew we were going to be in Brussels soon but weren’t sure of the timing. I had a lot of concerned people checking in on me. Another friend had also private messaged me with a link to a news article about the tragic events.

I had been awake for at least 24 hours by this point, so my concentration wasn’t the best, and this just felt so surreal. I tried to get updated on the situation in the short time we had before our next journey which would take us to the airport we were actually supposed to have landed at. Can you tell I’m still a bit bitter?

But for me there wasn’t a question about whether or not to go to Brussels. I updated Tigger and we both agreed we were still going to Brussels.

Later when updating our friends, some of them were surprised we were still heading to Brussels 2 days after the terror attacks, especially considering the main airport and a busy metro station had been bombed.

Why go to Brussels 2 days after the terror attacks?

We tend to not get too spooked about these types of situations for a few reasons: 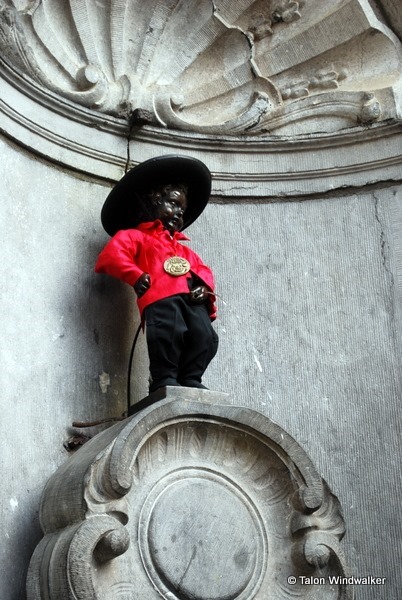 I’ve actually been surprised. I expected there to be palpable tension in the air, for most people to be staying indoors as much as possible, for the metro lines to be completely empty, and for there to be a large police and/or military presence everywhere.

None of this has been true.

I recently read a news article about the situation, and I was very irritated by their claim that “Soldiers and military vehicles are parked on nearly every corner.”

This is absolutely and patently false.

We have been here for almost a week so far. We live around the corner from the European Union (EU) Commission headquarters, the office of the EU presidency, the EU personnel building, and several embassies. There is one military vehicle in the region, and that is for the 2 soldiers who stand guard outside the presidency office (and they’re only posted during business hours).

For all I know, they’re staged there normally.

You will find 2 more trucks parked outside the main metro station used commonly by employees and visitors to the various EU offices and buildings in the area.

I’ve walked all over a big portion of the city, and we recently visited the main tourist zone for Brussels as well as a very busy shopping district. We saw 2 military trucks there as well, and they were parked, once again, by the metro.

When we rode the metro, it had only been 3 days since the attacks. I imagine the cars are used to more passengers, but there were definitely plenty of people riding.

There was no tension, no obvious fear. When a man who appeared to be Muslim boarded the train, I briefly held my breath. I expected him to be taunted, jeered at, even threatened, but people barely gave him a glance. When he sat down, no one moved away from him. Unlike recent scenes in the US, no one insisted he open his bag.

He was just like every other passenger that day. 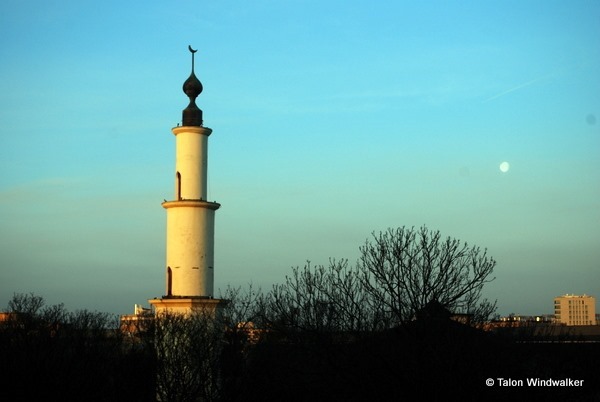 We also live across the street from the grand mosque. We walked by the mosque on Friday, the first big day of worship since the terror attacks. There were no protesters, no one yelling at people entering or exiting the mosque, and no police. The only thing that indicated that day might be a bit different was the presence of a few TV crews.

The mosque is in the corner of a large park. Since the day we got here, the park has been full of people. Children play, runners go by, dogs chase each other. It’s like any other day.

If it wasn’t for a few makeshift memorials by the still-closed bombed metro station, an otherwise uninformed person would have no idea something so horrible had happened here.

Belgian flags fly everywhere in solidarity, including from the mosque.

There has been a slight inconvenience in terms of the metro system not being fully functional, and it has affected national and international trains causing some delays, but the city has employed buses to follow (above ground) the routes the subway would normally provide. The system does shut down earlier than usual at night.

I know it’s scary when we see these events on the news, and the media often drastically overdramatizes the after effects, but I encourage people to still visit the places that have experienced these types of terror attacks. Not only is it probably even more safe now, but it’s a great way to give the terrorists the middle finger. Let the bastards know they won’t win.

Have you visited a destination after a terrorist attack? What was your experience?