I hate planning to travel.  It makes me feel boxed in.  I love having unadulterated spontaneity.  But sometimes, you just have to plan for things.  Especially when air travel is required.  It’s a bit expensive, and sometimes risky, to just show up at the airport and buy a ticket for a trip 2 hours before the plane takes off.

Generally, it’s worked out well for us.  We had a bit of a hiccup recently when needing to take the bus from Agadir to Guelmim for our current housesit, though.  We had planned on an overnight stay in Agadir which is a much larger city, and also has a couple of grocery stores that sell things that can be more of a challenge to find in parts of Morocco.  Little things like, say, alcohol and bacon.  Not wanting to arrive at night and have to go looking for a hotel, I found a good deal online which required prepayment for our room.  Unfortunately, the next day buses were all completely full, so our only option was to leave that night.  Not only did I lose about $35 on the hotel room, but we arrived in much smaller Guelmim after midnight, and without accommodation.  Luckily, we found a place with two beds easily enough.  We had to share a bathroom, which isn’t a huge deal.  Of course, the bathroom was also a squat toilet, something I had managed to avoid in the last 1-1/2 years and during a previous visit to the Philippines.

We have another housesit assignment scheduled for New Zealand at the end of March 2013.  This assignment ends mid January.  So, I’ve had to do a bit of planning since that involves not only a tighter window of time, but also needing to try to find places where the flights are less pricey.  Especially going to NZ!

Initially, we had considered going from here to Italy, or maybe even Cairo.  There are some great deals from Cairo to Asia, so that opened up some nice possibilities.  We both want to see the pyramids.  I’ve also read about cruising and staying on the Nile which sounds like a lot of fun.  Doing a river cruise sounds like a lot more fun to me than something like a transatlantic cruise.  You can also extend your time by staying in hotels or other lodging which makes things a lot more flexible.

France is a place very near and dear to my heart, and I’d really like to go there again.  Both of us also want to go to Italy.  Yeah, you probably see where this is going. LOL

Anyway, sometimes you have to pursue the cheapest path.  I did some searching and ended up finding a great airfare going from Agadir, Morocco, to Lyon, France.  Doing some further searching revealed we could spend a little time exploring southern France, then head north to Paris.  Tigger is excited to go there, and it’s a place that stole my heart many years ago.  I also want to go to Rouen, where my favorite saint was executed.

Since airfares can be so extremely reasonable in Europe, we’ll be able to fly to Italy and spend some time there before hopping on a plane and going to Malaysia some time in February.  We plan on spending about a month there before we head to New Zealand.  I figure we’ll be Down Under until at least the end of June.  Then hopefully we’ll head over to Australia for a bit and then return to Asia.

One of the things I’m really looking forward to next year is being in Thailand for the Yi Peng Lantern Festival, so that’s definitely on the calendar for November. 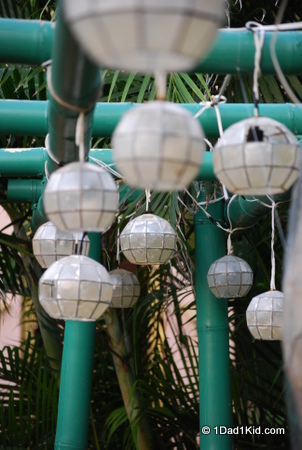 This is the first time we’ve had so much planned out for a year.  It feels kind of weird.  At least we only have basics planned, such as general locations during certain periods of time.  For the most part the rest is a giant, blank slate.  And that’s my favorite way to travel really.

How about you? Are you a planner, or do you prefer to go by the seat of your pants?