The Sounds of Cozumel

Part of the culture of an area is its sounds.  In Latin America, there is typically a lot of noise.  Even in a big city it isn’t a rare thing to be awoken by roosters greeting the sunrise.  Although, sometimes they get confused and start crowing long before the sun is up.  In Honduras, I was getting to the point where I was ready to start hunting one particularly confused rooster.  But I digress.

While Cozumel is an island, most of the inhabited side faces a bay between it and the mainland, like Utila, which usually means not a lot of big waves.  Having spent most of my life near the Pacific Ocean, I’m used to the music made by waves crashing along the shore.  It instantly grounds me and sets me at peace.  I really miss those waves, even though I greatly appreciate the reefs, and incredibly warm and crystal clear waters the Caribbean provides.

But this island has its own unique sounds, some of which you may not get to enjoy if your experience has only been in the hotels that dot the oceanside areas.

In the morning, after the first rooster goes off, a truck selling propane drives by.  There are 2 different trucks, and they each have their own song they play. Loudly.  When wanting to annoy my child, I love to sing one of them for him:  Zeta. Zeta. Zeta gas!  They come through a few times a day.

The staccato sound of several honks is often followed by the call Aaaaagggguaaa! by one of the guys who drives around town selling larges bottles of purified water.  The others just toot their horns as they pass by.  I love not having to go to the store to get our water.  When you hear the horn, just go outside with your old containers.  He takes them and brings the new containers into the house for you.  An almost 5-gallon jug costs just over $1 USD.

Later in the day, you’ll hear slowly progressing loud clapping.  This is the panadero or bread man.  They come through neighborhoods on a bicycle with a big cart in front.  He sells sweet breads as well as regular bread you can use to make yummy sandwiches.

At around dinnertime the church on the corner plays some lovely bells.  I used to think it coincided with an evening Mass, but since I’ve been out there when the bells have rung and saw no one inside the chapel, I haven’t been able to prove my theory. 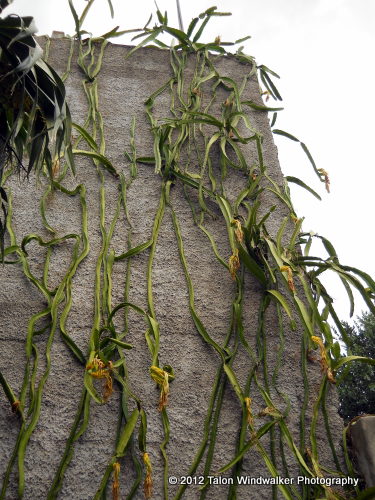 The neighborhood we’re currently in has an additional sound feature many do not have:  Very loud music for Zumba classes.  When we first moved in, you could count on that music going at full strength at 6:30 AM.  Luckily, the white noise of my fan dulled it enough I could usually sleep through it.  Thankfully, once school started the classes started later in the morning.  I usually get treated to an interesting combination of music at least 3 times a day from the little school on the corner.

Every night we get to listen to the laughing chirps of the geckos.  They never cease to put a smile on my face.  I’m going to miss them when we leave Latin America next month.

The garbage truck is perhaps the least entertaining sound.  Mostly because they often come at around 11:30 PM, and they visit a few times a week.  That sound is, of course, accompanied by every dog on the block, including the 2 we’re taking care of, barking its head off.

While they can’t compare to the soothing power of ocean waves, I have found many of these routine sounds to be quite comforting in a way.  I’ll miss our chirping geckos and the clapping of the panadero the most I think.  It’s funny how something so simple can leave such an impression on a person.

What are your favorite sounds when you travel?