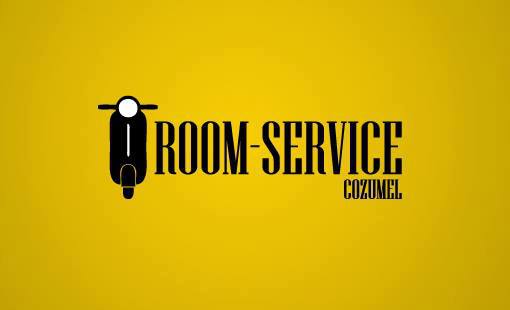 In every city we’ve lived, I’ve found occasion to wish that there was some company that would deliver wine to my home, or to pick up a few items from the grocery store while I was busy cooking. Imagine my surprise when I discovered such a business on a small island in the Mexican Carribean. And Room Service Cozumel has taken the idea quite a bit further than I had even imagined. 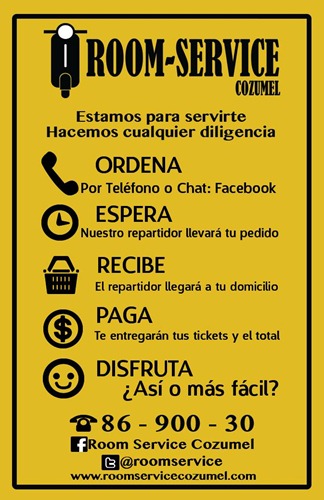 After becoming a rather regular customer—during one week we may have used their service daily except for one day—I asked to meet up with business owner Carlos Lara to chat more about the business he runs with his wife.

Cozumel is hot and humid, and since I don’t have motorized transportation, it’s much more appealing to let someone else do errands, bring us food, etc. With Room Service I can order from ANY restaurant and have it delivered. When I want an agua de sandia (basically watermelon juice) from one place and food from another, it’s only a minimal charge.

What’s not to love?

And by the way, they’re bilingual so no worries if you don’t speak Spanish.

The idea for the business came when Carlos and his wife were each working. They’d come home exhausted at the end of a very long day and still had to deal with getting food together, or making a pharmacy run because someone was ill. They wished they had a service that could take care of these things for them, and voila!

The business began just over a year ago. Like other businesses on the island, they have to deal with the severe drop in customers that occur during Cozumel’s low season. A lot of their customers are expats and temporary residents. They often are not on the island during low season either, and because fewer tourists are visiting the island, that also means fewer locals have the extra funds available to place orders.

They started out with one employee and have grown to the point where they have 4 delivery people now. They often have 40 deliveries/errands a day.

When I asked him to look back to a year ago when they began and name something he wished they had done differently, having raincoats was what came to mind. One of their advertisements encourages people to call them instead of going out in the rain. “We’ll get wet for you.” After having a few delivery people come back thoroughly drenched, they decided they needed raincoats on the scooters.

You kind of feel bad receiving your order while water pours off the delivery guy, but it’s effective marketing as far as I’m concerned. 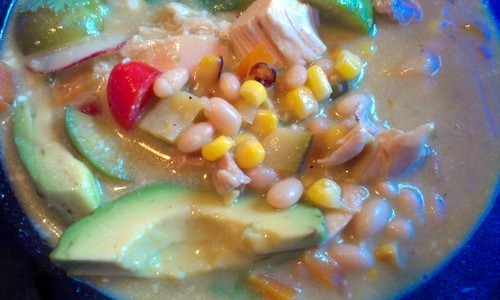 How does Room Service Cozumel work?

I can use WhatsApp, phone them, or simply message them on Facebook (my preferred method). I type out what I want and from where, and they’ll order it, pick it up, and deliver it wherever I want. Since I do it through Facebook, they can look back to the 1st message to get the address if needed, so I just say “to the same home” now. Although, by now I think all their staff know us and where we live.

For most places they only charge 25 MXN (less than $2 USD); however, they’ve worked out deals with some businesses so that if your order is above a certain amount the restaurant pays the delivery free.

For those occasions where I want my agua de sandia and food from a different place, it’s only an extra 76 cents.

I once had cupcakes delivered to our home. Don’t judge me!

But the service isn’t limited to food. Forgot to get gas and you’re not sure your vehicle will make it to the gas station? No problem! They’ll bring you gas.

At home and feeling like crap? Room Service will go to the pharmacy for you.

Having a little get-together and need more beer or wine? They’ll bring it to your door.

They will also do errands for you. A friend of mine realized late one night that she hadn’t picked up her laundry, which included her daughters’ school uniforms. It was pouring rain, and she was sure she wouldn’t make it before the laundry closed. She called Room Service, and they went and got her laundry and delivered it to her.

Don’t feel like standing in line to pay a utility bill or get documentation for something? For a bit extra ($3), they’ll take care of all that for you. For the same fee, they’ll also make a grocery store run for you.

There are some things I like to get at Sam’s Club, but we aren’t here long enough to make a membership worth it. No problem! Room Service has a membership and will take care of that shopping.

When I asked Carlos about odd requests they’ve received, he had two that came to mind. One involved a last-minute urgent need for Viagra. Yep, they went to the pharmacy, picked up the medication, and delivered it to the grateful man. Another example was when a woman was at work and broke the heel of her shoe. She had Room Service go to her house and get another pair of shoes from a family member. They took the shoes to her work so she didn’t lose any time. 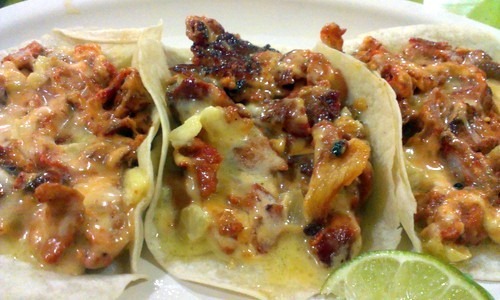 Is there anything they won’t do?

They’ve been asked to “deliver” someone to a place. The question was “Will you fit in the box?” Sorry, they don’t provide taxi service.

And they also refuse to put Fifi in the box on their scooter.

My favorite of their “can’t do” examples, though, was when someone called and requested they pick them up some marijuana. They do have to draw the line at illegal activities.

I would love to see more businesses like this one in other places we visit. It’s been such a great service, and I love that I can place an order via Facebook. Carlos would love to see his business become a global franchise. Why not? I think everywhere could use Room Service.

What do you think about this business idea?