The Sleepy Town of Mahahual

I had heard about this little town in the southern Yucatan last year when we were in Cozumel.  By the time we were in the area, we were ready for something different, and so we bypassed it and headed to Belize.  Wanting to do something special for my birthday, and greatly needing something new to explore, we decided to head to the tiny former fishing village of Mahahual.

Like many areas that have become dependent on tourism, Mahahual has two faces:  The very small and equally humble “real town” where the locals live, and the town that has sprung up around the cruise ship port.  The part of town occupied by the locals could easily be described as nondescript.  Very few homes differ in their appearance, and  the vegetation easily obscures the fact that this is an oceanside community.

One of the local abarrotes or grocery stores (a typical corner store, general market) is also the bus station, although there are no obvious external indicators of that fact.  To get here you’ll probably come by way of the ADO buses.  The bus leaves from Playa del Carmen to Mahahual once a day at 8:40 AM.  You can also catch the bus in Tulum and some other less-known areas.  From Playa del Carmen it costs 204 MXN (15 USD) each way.  The bus stops both at the little store noted above and outside of Señor Frog’s.  If you plan on staying on the beach, you’ll want to remain on the bus until it makes its final stop here.  To begin the return trip, you’ll want to catch the bus at either of these locations, beginning at Señor Frog’s at 5:30 PM.  If you don’t have a return ticket, that’s fine. The bus stops at the “station,” and you can get off here and get your ticket.

We had originally planned on staying at Cabañas del Doctor, which had been referred to me by a good friend.  We made our reservations and were excited to stay there.  That is until we arrived.  The staff tried to charge us almost $11 USD per day more than what their website listed.  He called the owner who refused to budge and honor their posted prices except to offer $3.75 less than the higher price.  Apparently, this is a common occurence as their staff was pretty used to having this situation and appeared as disgusted as me.  To the owner’s credit, though, I sent him a rather scathing note about this, and he did acknowledge it was wrong and said it wouldn’t occur again.  Just don’t hold your breath.

The poor staff guy suggested Nacional Beach Club, and so we headed back to the main section of town.  The room was a lot more expensive than what I would’ve paid at the former place, but they were beautiful and had AC.  Since it was my birthday I said what the heck.  It turned out to be a wonderful experience.  The staff were absolutely wonderful.  They have a beautiful area on the beach with chairs and an umbrella as well as a small pool that Tigger thoroughly enjoyed.  The bed and pillows were extremely comfortable.  On our last day we had to check out at 11, but the bus doesn’t leave until 5:30.  The owner kept our stuff locked in his office and invited us to stay and use the facilities and went out of his way to help us find a taxi when it was time to depart.

The busiest section of the town is, obviously, on the beach.  There is a wonderful malecón with many “beach clubs.”  I’m not a big fan of typical beach clubs, so we didn’t really spend much time at any, especially since our hotel had a wonderful strip of beach right in front of it.  However, we did eat at the Maya Bar, and the food and cocktails were quite good.  The salsa was the best I’ve had on the Yucatan peninsula.  They also had some very tasty homemade ice cream which easily made it to the top 3 list of best ice cream I’ve ever had.

Karlita’s is a little cafe which doubles as an Internet cafe.  We ended up eating breakfast there every day because the food was so good, and the WiFi was really good and fast.  Tigger and I both can highly recommend the hotcakes and the nachos.  If you choose the latter, you can easily share this between two people.  It’s pretty big.  Food takes a while to be prepared, but it was the worth the wait each time. 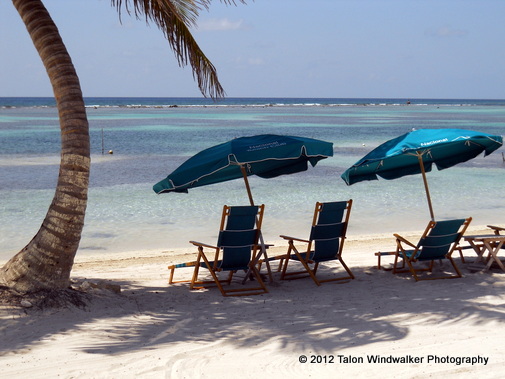 The beach area is protected by a large reef which means that the water is extremely calm.  It has many shallow areas making it ideal for children.  The Caribbean water is crystal clear and lovely shades of blue.  Normally this would be a great recipe for diving, but I would caution anyone looking to dive here to really do your homework.  The shops I visited had questionable standards and staff, and we were advised by some of the hotel operators that many of the dive staff are not certified.  I also heard several stories of irresponsible boating by many of the dive operators.  It seems like the best diving is in nearby Xcalak (pronounced like eesh-kah-lahk), which is the site of a national reef park.  A former student of mine is doing her divemaster training there and works for XTC Dive Center.  From what she’s shared with me, it sounds like they would be your best choice for diving in the area.

Unfortunately, that village is even smaller and tougher to get to.  Options change frequently, so ask your hotel for the best way of getting there.  Right now there is a bus company called Caribe that makes trips there twice a day.  A taxi ride is about 450 MXN (about $34) one way.  Many will offer you a deal of 1000 MXN (about $75) for a roundtrip journey, and they’ll wait for 3-4 hours to bring you back to Mahahual, a good idea since it can be even tougher to find a taxi to bring you from Xcalak. 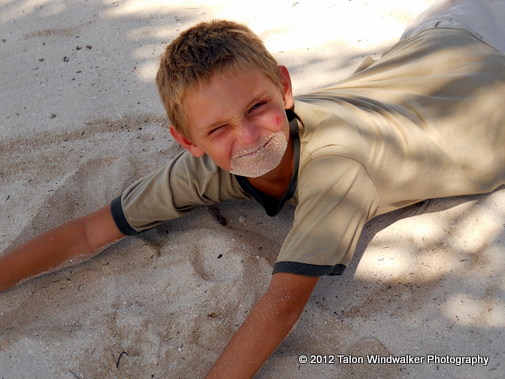 Tigger loves the beach this much

What else is there to do in Mahahual? Well, admittedly not a whole lot, which was kind of the attraction for me.  There are fishing trips, jet skis you can rent, sea kayaking, tubing, in addition to the normal beach activities.  This sleepy town is also near the ecopreserve of Sian Ka’an which offers bird watching and other types of tours and experiences.

If you want to experience a place that gives you no choice but to slow down, Mahahual is definitely your ticket.  It’s a bit pricier than most small Mexican coastal towns, but it’s absolutely lovely and very safe. 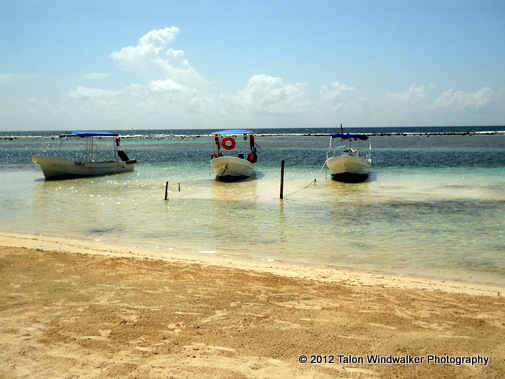