Learning About Scotch in Edinburgh

While doing some fun activities in Edinburgh, we passed by a place touting a Scotch whisky experience. While I’ve had plenty of bourbon in my time, I have only had Scotch once. I never quite understood the difference between a single malt and a blended whisky and was curious to learn more.

There are plenty of places around town offering tastings, but this was across the street from our next activity, and it seemed to put a little more emphasis on education. The price for the experience was a bit high, but its 4-star rating by Scotland Tourism helped me decide to go for it. 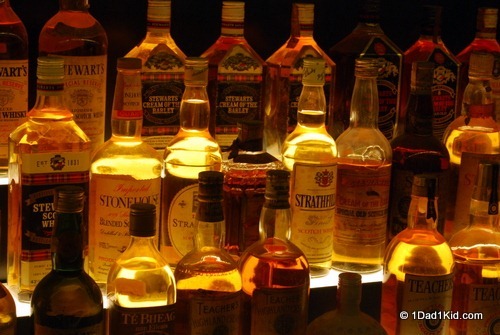 The tour began with a rather corny “barrel ride” that provides information about the rather involved process leading from malted barley to bottled perfection.

After the ride, you go into a room where a guide walks visitors through a detailed explanation of Scotch as well as the differences between the various regions producing the beverage. You’re given a scratch-and-sniff card so you can get an idea of the flavors unique to each region. For example, lowland Scotch has more citrus flavors than the whisky produced in the Speyside region, which is very smoky (from the peat used in part of the process).

Single malts are made from one grain and in one particular distillery whereas a blended Scotch is a mixture that could come from various regions. 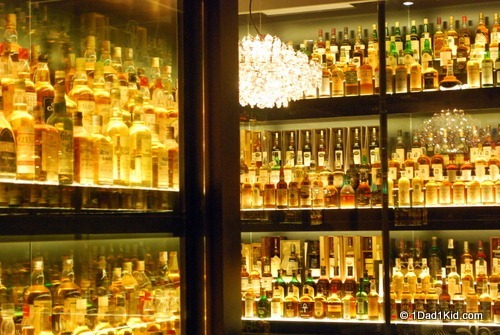 Once the tutorial is complete, you get the opportunity to select a whisky to try. There are five steps to doing a tasting, and the guide takes you through the various steps while you’re standing amidst the world’s largest collection of Scotch (well over 3000 different bottles).

If you purchase the gold tour, you get to sample 4 more whiskies at the bar.

Naturally, you have to be 18 or over to sample the Scotch, but they serve Scotland’s Irn-Bru, a soft drink that is often referred to as Scotland’s “other national drink,” to minors on the tour.

As a souvenir, you get to keep your glass. Mine has come in handy for further whisky imbibing and drinking my white port wine, which is much better than the coffee mug I was using previously. 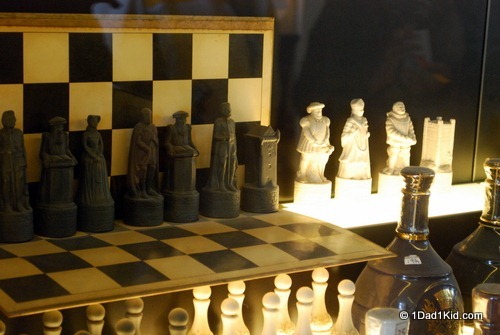 Scotch tour from the kid’s perspective

Tigger said he liked the ride at the beginning. He gave the whole experience an overall rating of 5 out of 10 but cautions that “it might get really boring for younger kids.” He was pretty happy to get a glass of Irn-Bru, though.

I found the tour to be quite interesting, and I learned a lot more than I expected. The downside is that now I’ve become a bit of a Scotch whisky snob. Before I’ll order a Scotch, I want to know what region it came from because I discovered that Speyside and Islay whiskies are definitely not for me. I’ve also discovered there really is a noticeable difference between a 12-year and a 15-year Scotch (referring to how long it was matured in the cask). Who knew 3 years could make such a difference?

Have you done a Scotch whisky tasting?