The realities of traveling as a man

Home » General Travel » The realities of traveling as a man

I’ve been told many times that I am so brave for quitting my job and setting off with my then 9-year-old son to slowly travel the world indefinitely as nomads. Before that I was “brave” for traveling solo.

I’ve never seen myself as being particularly brave for traveling. So many people did it before me. Since I also don’t buy into the culture of fear propagated by the media and my government, it’s just never been a big concern for me.

Traveling as a single parent was a bit of a different issue. Not because of safety concerns but because of “What if something happens to me? What will happen to Tigger?” Sure, that was a question at home, but there I had a bevvy of people who would come to his aid. In another country where he couldn’t speak the language? Would his anxiety get the better of him? Would he be able to remember who to ask for help and who to call?

As I’ve continued to travel, I’ve learned that, like with so many things in life, being a man has some major advantages.

There have been several stories of female tourists being raped in India. In a popular tourist haunt in Mexico, boyfriends were forced to watch a group of men rape their girlfriends.

I adored Morocco. Marrakech was such another world, but I was so pleased when simply saying la shukran (no, thank you) was all that was necessary to get the touts to leave me alone. I was absolutely stunned to hear this wasn’t everyone’s experience. My female friends had very different experiences in Morocco. MaryAnne wrote about the horrendous treatment she received in Fez. My companion in lizard eating in Vietnam, Lauren, shared some of her experiences that ultimately ruined Morocco for her.

I was absolutely stunned to hear of their experiences. Especially in Muslim countries where many interactions between the sexes are considered inappropriate. Other female friends shared their stories of horrid harassment of themselves and their daughters in countries like Egypt and Indonesia. 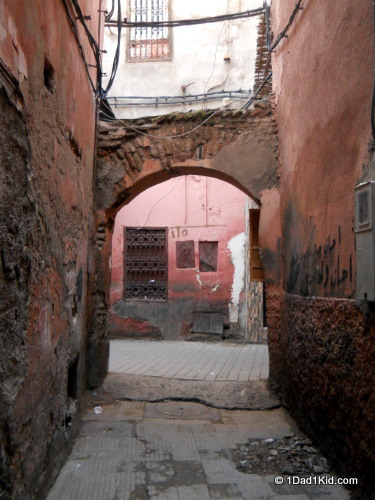 Here are some other areas I’ve discovered I have it made traveling as a man:

I by no means am inferring that travel is unsafe for women. Generally speaking, travel is very safe for anyone who has at least half a brain. Pay attention and keep your wits about you (which applies everywhere, including in your home location), and you’ll most likely have no problems.

But, I do have to admit that the world is just a bit more safe and easy for a man. Which I find very sad.

What has been your experience while traveling?

Leave a Reply to Cat of Sunshine and Siestas Cancel reply