After leaving the relaxed, inexpensive, and boring food, environment of Morocco, we arrived in Lyon, France. Immediately we had two shocks.

To begin with, it was COLD. Thinking that with Lyon being a fairly good-sized airport we wouldn’t have to brave outdoor temperatures to deplane, my coat was still in my suitcase, which was in the plane’s belly.  Unfortunately, this was not the case, and I had the wonderful experience of running across the tarmac and down the ramp before I froze.

Getting from the airport to our apartment would normally have been a bit less economically painful, but we were arriving quite late at night, so a taxi was our only decent option.  Unfortunately, Lyon taxi rates are extortionary, and we ended up having to pay a whopping $86 for the 20-km ride.  There was plenty of silent swearing going on in my head. 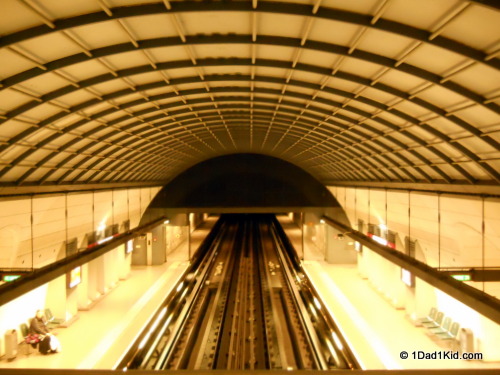 Our AirBNB hosts, however, were outstanding, and that helped quite a bit.  It was about 11 PM by the time we arrived at their apartment. They helped us get settled in and then offered to make us food.  While they cooked, we talked about Morocco.  “So, after three months there, my big three needs are cheese, bacon, and booze,” I explained.

They reached inside their fridge and pulled out some cheese as well as some saucisson (kind of like salami). They offered me a beer as well, but I had already prepared for the booze portion of my needs by purchasing a hefty-sized bottle of Absolut apple & ginger vodka in the duty-free shop in Agadir.

The next day we were ready to explore. I had promised Tigger we would go to McDonald’s when we got to France, so that was our first stop. After lunch we continued to check out the town, and Tigger had fun giving locals a near heart attack as we crossed one of the bridges. He thought it would be fun to hop up and walk along the edge of the stone and cement structure.

A couple of people gasped, especially when he began skipping and running along the edge since, well, Tigger doesn’t “walk” unless he’s exhausted.

Once again I forced down my initial paternal/maternal instinct to order him back onto the sidewalk where life is safe and more predictable. I was sure someone was going to call the police, though. 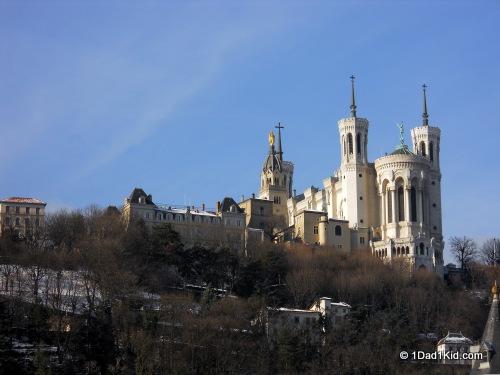 We enjoyed checking out the basilica on top of the hill looking over the city and headed home.  The cold was getting to us a bit by then, and we had some important things that needed to be done—stopping at the supermarket and stocking up on bacon and cheese. And bread. That’s important, too.

I felt like a kid in a candy shop as we walked around the grocery store. So many choices! The bread selection alone, and we’re not talking the bagged stuff, was huge. There were at least 4 aisles with cheese and 3 with cured meats.  Oh how I have always loved France!

Tigger rolled his eyes as I expressed my excitement at discovering they had a bread cutting machine. Some of the locals looked at me with slight concern on their faces as I giddily watched the machine slice our brand new loaf of wonderful, crusty bread into thick slices that would soon be adorned by several varieties of cheese.

I wisely restrained myself from clapping at this technological wonder.

I did later lose all semblance of self-respect (and scare some people in the process). When I spotted the beautiful cans of Guinness Draught, also known as Nectar of the Gods, I gasped audibly and froze in the middle of the aisle. People turned their heads in shock and quickly vacated my immediate area as I explained my excitement to my son.

Surprisingly, he didn’t feel the need to pretend he didn’t know me.

With groceries in hand, we returned to the apartment to prepare and consume our feast while enjoying another wonderful gift of being in France—high-speed WiFi.