There are as many different styles of parenting as there are parents. Growing up I was forced into different boxes, so I knew when I became a parent I wanted to provide my child with the space to be an individual rather than just a mini-me. Some kids come into this world preprogrammed to be compliant and fit in while others are, for all intents and purposes, complete wild cards. While parenting isn’t for wimps, it’s even a greater challenge to support a free spirit.

When Tigger first moved in with me, he was pretty much afraid of his own shadow. One day we were in the local public pool, which had a waterslide. He wasn’t keen on going down it. I knew he would love it if he tried it, so when nothing else would convince him to go down the slide, I decided to bribe him.

Yes, I bribed my child to do something fun.

I offered him $5 if he went down the waterslide. He did, and it unleashed his dormant inner adrenaline junkie. There are so many things I can’t enjoy because of my fear of falling I didn’t want him to be held back by fear. While on the one hand I’m very happy to say pretty much nothing holds him back anymore, I often can’t look when he’s doing things.

In Lyon, he scared people when he decided walking on the edge of the bridge would be great fun. It got worse when wasn’t content with merely walking along the stone barrier, he also had to skip. 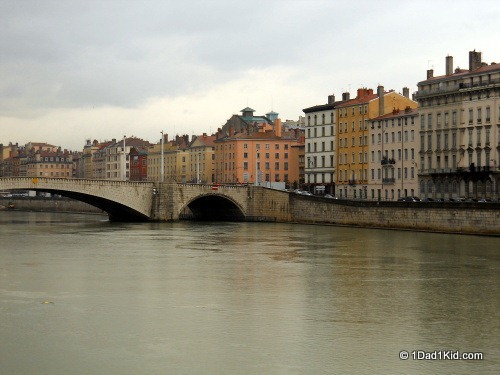 In Morocco, we were walking the dog in the oasis. He skipped ahead as he often does, and I was treated to this sight after turning a corner. 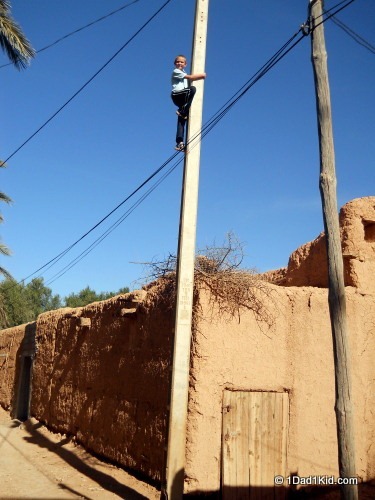 Sometimes he doesn’t pick the most. . . shall we say “convenient” places either. Some passersby became quite irritated when they spotted him climbing the remnants of a medieval wall in Prague. 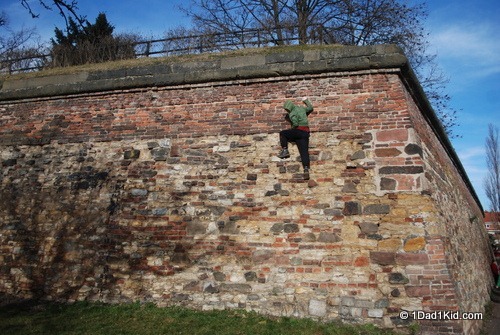 When he isn’t allowed to climb, such as at Urquhart Castle at Loch Ness, he can become quite downtrodden. “So, in other words, I can’t be myself.” We had to have a discussion about the difference between quashing individuality and being respectful of someone else’s property.

It’s hard to see your child feel so dejected and burdened. But these situations are also a fact of life.

I’m personally not a fan of raising a child in any one specific religion. It feels to me like brainwashing, and I’d rather my child discover what resonates for himself as he grows and matures. We discuss spirituality, religion, and different belief systems, and I try very hard to present these things in a very open fashion, encouraging him to process them and come to his own conclusions.

My own spiritual path was quite convoluted in my younger years, and there were many times when I didn’t feel like I was free to believe what really touched me. Naturally, I don’t want that for him. 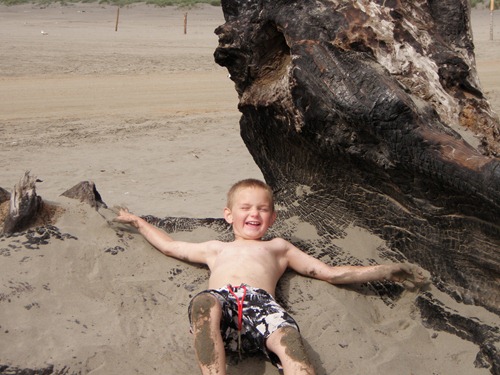 When Tigger was 6, he was very firmly rooted in the notion that certain toys were for boys and certain ones were for girls. This included “boy colors” and “girl colors.” Through the years I’ve worked hard to eradicate that notion. One day in Malaysia we were walking through a market, and he identified a watch he really liked. Without thinking I mentioned that it was a woman’s watch, and he asked “Does that really matter?” Naturally, I replied that it didn’t.

I sure felt a big “mission accomplished” that day.

As part of our open communication policy, and with him becoming an official teenager in less than 3 months, the topic of sexuality sometimes comes up. I don’t know why this can feel so uncomfortable when speaking with our kids, but I never let that show. We have frank discussions, and I continue to use terms that are not confined to one specific sexuality.

I don’t want him to feel influenced in any one specific direction. I’d rather he let that unfold as it will and according to his own timetable. It isn’t always easy, of course. We live in a very heteronormative culture, and I want him to feel free to be whoever he is.  I want him to be able embrace it and know that I will support him no matter what. 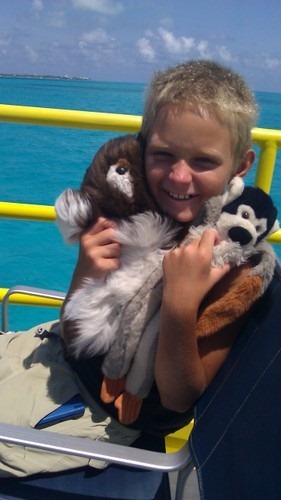 Every parent has been asked this question at least a zillion times. Probably within the space of an hour. “Because I said so” is the old faithful among parents. Honestly, sometimes it is an appropriate response. However, how do children learn how to make decisions if they’re never exposed to the process?

When I can identify the question isn’t arising out of a power struggle, I explain why. Occasionally, he comes up with a different point of view, and we’ll discuss the merits, etc. When it’s a battle of wills, then sometimes I do pull an “I asked you to do it, and you need to do it.” Afterward, however, I will explain to him the reason.

Sometimes a parent has a request that is based on a safety issue. You don’t always have time to have a nice discussion about something in the middle of the moment. If I say “This is a safety issue,” he moves to follow the instruction right away. He also knows that we’ll chat about it when the moment presents itself.

There can be a challenge with some things. Because of his anxiety issues (which are under rather good control now), there are sometimes when I do have to step in and take control. If he watches a lot of videos with creepy and scary themes, it triggers his anxiety. Initially, I tried discussing the situation with him and giving him space to make his own choices from there. However, when things continued to worsen, I finally had to step in as a parent and say no more.

I hate those moments to be honest. I much prefer when he processes both sides, makes his own decisions, and works through the outcome.

One type of parenting is very hierarchical: I’m the parent, you’re the child, what I say goes. I don’t personally care for that style, and when you have a free-spirited child it just creates more grief anyway. I prefer it when we work together as a team. Yeah, sometimes I’m making a decision because, well, I’m the one paying the bills and the one who is legally responsible, but I try to play that card as little as possible. 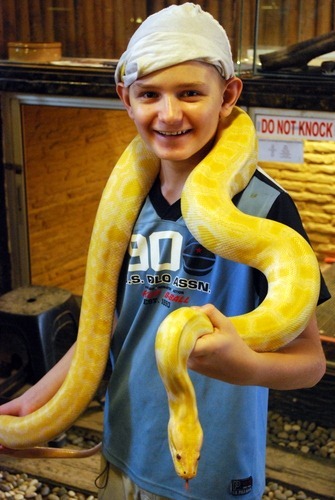 When it comes to things like hair and clothes, that isn’t the hill I wish to die on. Don’t want to comb your hair? Fine. Don’t want people staring at you? Comb your hair. Simple.

Outfit doesn’t match or looks ridiculous? Okay, fine with me.

It took me quite a bit of effort to get to that point, though. The parental figures I was surrounded by while growing up were very concerned about what the neighbors thought. Sometimes Tigger’s choices make him appear like he’s a homeless child without anyone in his life who cares about him. It’s hard for me to not care about the condescending looks I will inevitably get that day, but ultimately I want him to be his own individual, a free-thinking person; not a sheep.

So I suck it up and move forward.

There are times when you doubt yourself as a parent. I go through that almost daily. But then you get rewarded by moments that show you that you’re making the right choices, and those times make it all worth it.

If only it was easier to remember those moments when the self-doubt kicks in, eh? Like I said, parenting isn’t for wimps.

How do you handle your free-spirited children or embrace your own individuality (if you don’t have kids)?