While exploring all around the globe is uber exciting, I also have the privilege of living in a very diverse country.  A couple of years ago, I discovered that my new employer gave me a couple of days off for Thanksgiving.  What to do, what to do?  I had previously considered doing a marathon in South Dakota (SD) and remembered it wasn’t too far away.  Hmmm.  Did some checking and yup!  A 6ish-hour drive.  Cheap hotel rates, so what the heck!  I cooked on Thanksgiving, and then the next morning we headed to SD.  It was Tigger’s first road trip, so I was a bit nervous, but he was a dream to travel with!  While there are plenty of fun family activities in Denver, he was very excited to leave Colorado since he had never been out of the state before.  I don’t think he had any clue how much his life would change by me adopting him.  He was so excited when we crossed into Wyoming.  If you’ve been on that side of that state. . . well, there isn’t much to be excited about.  He was equally excited to see the pronghorns grazing in fields.  I, the adventurous foodie, was wondering what they tasted like.  I didn’t share that with him, though.  I was still breaking him into having an odd father after all.

We got to our hotel, dropped off our bags, and then headed to, as Tigger calls it, Mountain Rushmore. Most of the pictures I’ve seen over the years make the monument seem so much more huge than it is.  Don’t get me wrong.  It isn’t tiny by any means, but being up close and personal with it was so different.  I loved how you could see the texture created by the drilling and sculpting.  It was phenomenal.  Much better than merely seeing pictures.  But aren’t so many things that way? 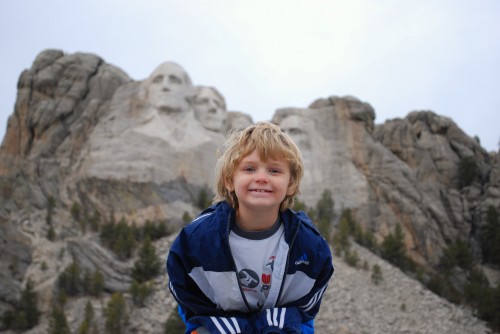 There were so many angles to see it from, and then I discovered the path that you can follow that gets you even closer!  I was in photography heaven.  Luckily, Tigger had things to climb on so he could ignore me taking 5 billion shots of the mountain. 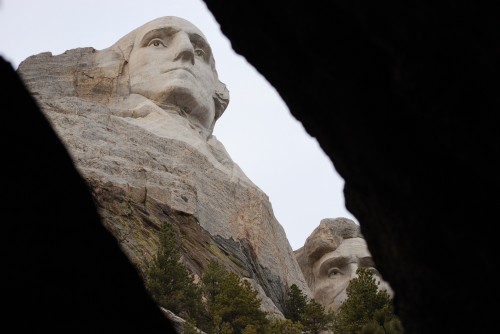 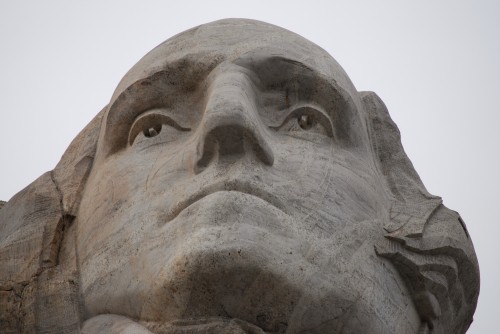 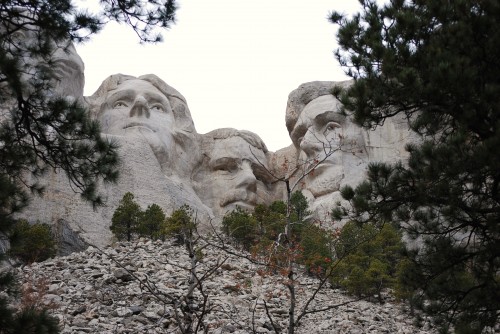 While it wasn’t snowing, it was freakin cold.  We were thankful for the nice restaurant inside that had nice, hot beverages and pretty decent food.  Bison chili never tasted so good.  I knew they lit up the monument at night, and so we decided to head to the hotel for a swim in the indoor, heated pool before returning later that afternoon.  My son is so darn easy-going.  I’m so thankful for that. 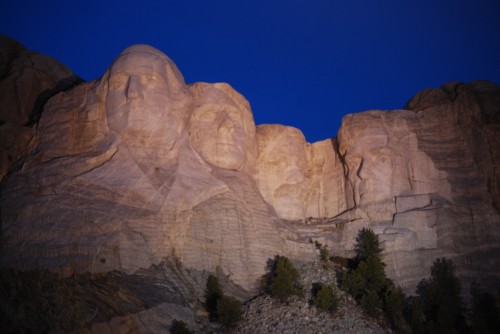 I love how the stones change so much with the lights.  Striations and variations in the rock are so much more evident.  It’s a very inspiring view really.  I’m so glad we had the chance to see it in person.  My little boy was so darn easy to travel with, I found myself even more eager for the rest of our exploration of SD.