Getting a Taste of Iceland Foods

Home » Food » Getting a Taste of Iceland Foods

When we were in Iceland, we wanted to get a deeper view of the culture and its foods. We connected with The Tin Can Factory which offers a “Meet the Natives” experience that includes an introduction to Icelandic language, history, and also some traditional Iceland foods. They were kind enough to host us for an evening session.

Iceland is known as the Land of Fire and Ice, and it’s definitely an appropriate nickname. Its lack of trees, among other things, created unique challenges for its early settlers for not only heating their homes but also with food preparation and preservation.

Without wood or coal to use for fuel, the early inhabits took advantage of the geothermal pools and rivers to prepare their food. We sampled some of their popular brown bread that is still cooked in this manner, and it was quite good.

Angelica is a plant that grows wild in Iceland. Many people consider it to be like a weed. It was a big part of the diet for awhile before it became like currency. It is now making a resurgence and reappearing in some Iceland foods.

We sampled angelica tea as well as had it toasted with some garlic and other ingredients. It had a nice, almost nutty flavor with a subtle hint of licorice. It is a bit “twiggy,” though. 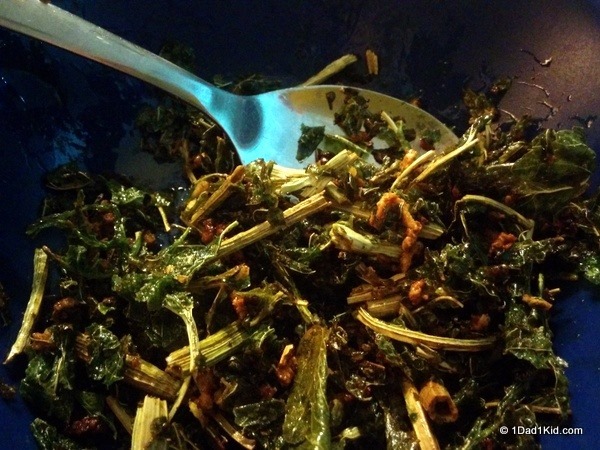 The Tin Can Factory typically serves a traditional lamb soup, but the night we went we enjoyed a seafood soup along with fresh rolls and a cold bottle of Icelandic beer.

One of the really fun parts, besides the good food, was making Icelandic pancakes which are very similar to crepes. Jam is applied to one half of the pancake with whipped cream on the other before it is folded together to eat. Tigger got to try her hand at cooking them and had a lot of fun. 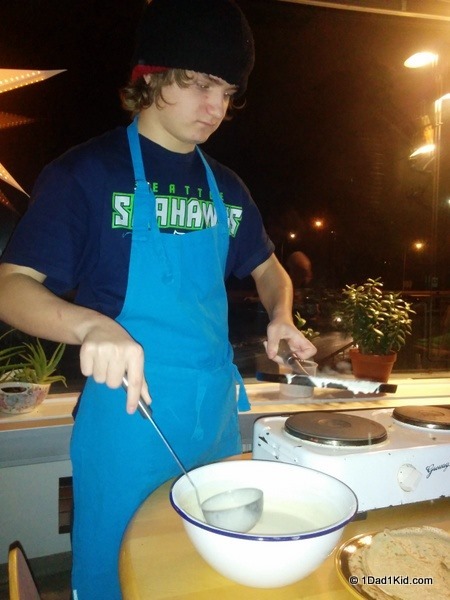 Before we left, we were also treated to a taste of the infamous fermented shark known as hákarl. It is an old Viking food. This particular shark does not have kidneys, so its ammonia and urea is absorbed by the flesh. Because of this, you cannot eat the shark without special preparation.

It is first left to drain for three months to get rid of all the toxic stuff. Once that is completed, it is basically stored and allowed to ferment for a few more months as a means of preserving it.

It is such a strong flavor that most Icelanders don’t eat it. However, it’s kind of a badge of honor thing to sample it when you visit the country. I can honestly say it’s the foulest-tasting thing I have ever put in my mouth.

What’s worse is that the flavor does not leave your palate for hours, so you’re treated to reminders of the taste for a long time. I tried eating various foods and having different drinks to rid my mouth of the residual and was unsuccessful until I sucked on a spoonful of peanut butter.

While Iceland’s cuisine may not be considered impressive overall, they do get an A+ for their most popular street food—hotdogs. These are actually made from lamb and are quite tasty. I am not usually fond of hotdogs, but we ended up getting them at least 3 different times during our 2-week stay.

You will find these booths spread out throughout the city; however, we have been told multiple times that the oldest location, which is across the street from the Harpa is the best. If you get a dog with everything on it, your meal will have ketchup, remoulade, and fried and fresh onions.

They’re absolutely delicious. They’re also popular because they’re pretty darn cheap, something that can’t be said for most of the food found in Iceland. A hotdog costs about $2.80 USD.

We also visited the Sea Baron restaurant (Saegreifinn) which offers sample sizes of minke whale meat for less than $3 USD. I definitely can recommend it. My daughter, who is extremely finicky, liked it so much she wanted to order a minke steak.

They also have a lobster soup which is supposed to be quite excellent, and they have many other great seafood options. 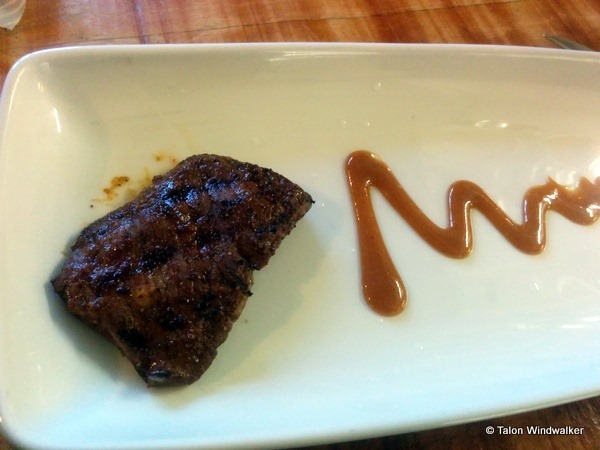 We considered going to SushiSamba which offers an “Icelandic feast,” a multicourse meal with samples of Iceland foods like smoked puffin, arctic char, reindeer, and so on. In the end, we just couldn’t justify spending over $50 USD per person. There are other restaurants offering some of these delicacies at less expensive prices, so if they’re on your list make sure to check out different places.

Another food I definitely fell in love with was Skyr. It’s classified as a soft cheese but is very similar in texture to Greek yogurt. It is absolutely delicious and has a wonderful texture. I get excited every time I find it outside Iceland.

Have you tried traditional Iceland foods? What was your favorite? Are they any you simply would not try?