How our time in Budapest changed everything

Home » General Travel » How our time in Budapest changed everything

If you’ve followed this blog for any length of time (and thank you if you have!), you’ve probably noticed that our “plans” tend to. . .fluctuate quite a bit. This isn’t because I’m afflicted with some weird form of travel ADD. Sometimes it’s because things don’t work out the way we had hoped, like in Romania when they suddenly started rejecting long-stay applications [shakes fist]. Other times it’s because wanderlust wouldn’t loosen its grip on me.

Then there are situations, like our relatively short time in Budapest, where we arrive in a place and are so blown away it changes everything.

Prague was one of these places. We went for a week and stayed for 2 months. We would’ve stayed longer, but we had a housesitting commitment and were also running out of Schengen time. 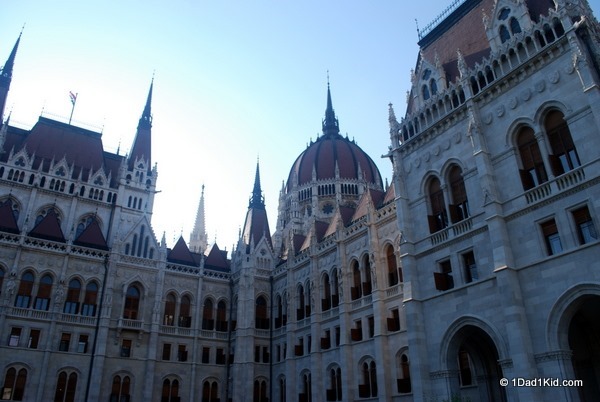 I had heard good things about Budapest, but I honestly didn’t expect much. Research and anecdotal information had suggested it had possibilities as a long-term base. Czech had a lot of promise, too, and, well, how could it possibly compete against Prague for my affection? Since we were in Serbia, we figured we might as well come to Budapest for a week or so to check it out.

Within 2 hours of arriving in the Pearl of the Danube, I was in love. Tigger wasn’t as immediately enraptured as me, but he was at least instantly fond of it. I felt at home right away.

After 2 days, I was even more in love, and we quickly extended our stay for just over a month. If I didn’t have birthday plans in Paris, we would be spending more time here in Budapest and starting the residency permit process.

We’ve decided that when our housesits are finished at the end of the year, we’re returning to Budapest to make it our long-term base. Hopefully, Immigration will agree.  Here are just some of the reasons why this is our plan. 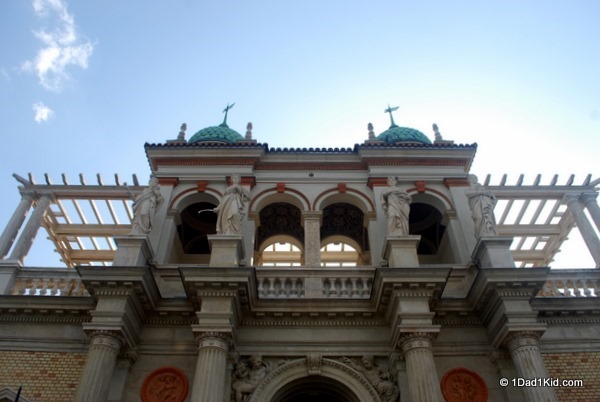 One thing I really missed while in Bucharest was being surrounded by gorgeous architecture. Part of what I love about Europe is the presence of so many old, beautiful buildings. Budapest is one of the most beautiful cities I’ve ever visited.

And that’s a lot of cities.

Budapest used to be 2 different cities with the Danube separating them. Buda was part of the Roman empire, and Pest was considered to be part of Asia at the time. They are definitely very diverse in their makeup even today. We live on the Pest side of the river, and I find it difficult to walk too fast because I’m constantly looking up at all the buildings to see how they’re adorned, their colors, etc.

Buda has a much different personality but still has a lot of beauty.

Even Tigger has commented on Budapest’s welcoming vibe. It has a great feel to it. There is a nice cafe culture here and plenty of outdoor eating during the nicer weather. The parks are full of people relaxing on benches or sitting next to the fountains enjoying the beautiful spring weather as children play and dogs frolic in their own adjacent park.

This city just has a special feel to it.

And the people have also been extremely friendly and helpful.

The food has been wonderful here. We have great access to many different types of ethnic cuisine, which is something I absolutely love. Hungarian food is also quite tasty, so it’s easy to enjoy the local cuisine as well.

Tigger is very happy that some of his favorites are easily accessed here. If they had a Carl’s Jr. and/or Taco Bell, I’m not sure I could get him to leave the city.

They have a robust public transportation system here including buses, trams, trolleys, metro, boats, and a suburban rail system. Like Prague, it is quite walkable, though. There are many options for tickets, but a single ticket bought in advance (e.g., not on the bus) is about $1.25 USD. There are discounts for buying multiple tickets, which you validate immediately prior to use, if you’re only taking a short trip on the metro (3 stops or less), and for other situations and categories. Passes are very economical and easy to obtain if you’re a more heavy user.

Cycling is also very popular, and there are cycling lanes and pathways throughout much of the city. There is a bike rental system which is quite handy. I love living somewhere that is more biking friendly. 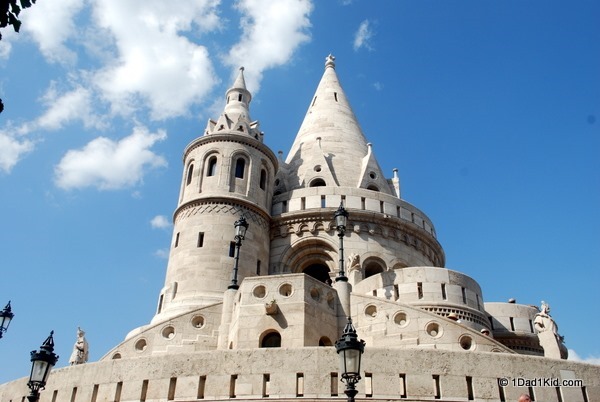 Hungarian is a tough language for native English speakers. There are 44 letters in the alphabet. Doesn’t sound too painful, right? Well, one letter is Dzs. Yeah.

Thankfully, most Hungarians speak at least a little English. We’ve run into so many English speakers, that I don’t really bother asking people if they speak English anymore. As you practice with it, it’s a bit easier to recognize terms and even pick up some similarities to English.

Of course, that’s just with reading. Some words I can pronounce quite easily, and others I know for a fact I am absolutely butchering. After a week, I’m still struggling saying to say “thank you” (köszönöm) without it sounding like I’ve had a stroke, but I can ask “English?” like a pro.

Romania is definitely easier in that department. But Hungarians have been really patient with my attempts.

There is a lot to do in Budapest, including lots of activities aimed at families. I’ll be posting about some of those later on, but I’ve been really happy to see all the various activities, events, and places for kids and families.

Tigger is thrilled that there is a thermal bath with a large waterpark within a 20-minute bus ride from our apartment.

There are some absolutely amazing parks and places to escape into nature around here as well. Some of the parks were the first things to woo us.

Prices are very similar to Czech and Romania. I don’t know why, but I figured it would be more expensive. Needless to say, I’m quite happy that isn’t the case.

The more time in Budapest, the more I fall in love. It’s even kicked Paris out of its #1 tier for me. We still have a few weeks left, though, and I’m going to soak up as much as I can and eagerly await our return.

Have you been to Budapest? What was your favorite sight?