When I was in university, every summer I would say goodbye to most of my friends as they departed for their family’s home for the season. A large group of them weren’t going home, though. Instead, they were headed for global destinations to backpack across Europe or some other place. I envied them. I stayed behind to continue taking classes so that I could graduate more quickly. But I remained enamored with the idea of being a backpacker and always wanted that travel style.

As we prepared to become nomads, I was so excited to get our backpacks. I was actually going to be a backpacker, even if I was launching in my 40s versus my 20s. Part of me was a bit nervous, though. During previous travel, I usually was right at the maximum weight for my baggage. The old Boy Scouts motto of “Be prepared” stuck with me, and I always had more than I needed. Just in case.

When I began traveling for marathons, it was even worse because I needed my running shoes, trail running shoes, walking shoes, running gear, regular clothing, and my hydration system.

I picked a 42-liter backpack and was determined to only bring what could fit, and I wasn’t going to overstuff the bag either. I was going to figure out how to pack less for an indefinite journey than I would pack for a weeklong trip. 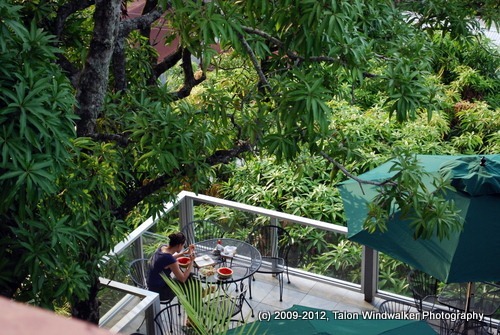 For our first year, we traveled pretty much within the backpacker spirit of living on a tight budget, staying in some pretty . . . interesting accommodations, and opting for the cheap, crowded chicken buses to get around part of Central America rather than paying extra for comfortable, air-conditioned, non-livestock-containing buses.

Those situations certainly added adventure to our travels, but I started to rethink things after our extremely long travel day from Belize to Guatemala. Out of curiosity, after we recovered from our exhausting journey, I sat down and compared prices and was stunned to realize that we had essentially traveled 4-1/2 very uncomfortable hours longer than needed only to save about $11. And to top it off, Tigger lost his Nintendo gaming system in a taxi, which we wouldn’t have been on had we paid just a little more money.

I sat there stunned and reflected on the 8 hours sitting cramped and sweating on a recycled school bus made worse by the downpours that necessitated closing all the windows. In a bus with no air conditioning. And I was seated above a wheel well which meant that I was folded almost in half for the entire 8 hours.

And that was just to get to the border. We still had to do a taxi ride into town and another bus to get to Santa Elena, followed by yet another taxi into Flores where were staying. We left Caye Caulker, Belize in the morning and arrived at a hotel at about 10 PM. 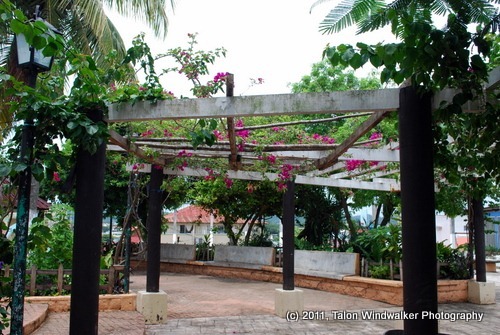 After our Guatemala experience, we endured the worst travel day of my life. I decided my travel style was definitely not backpacker.

I will spend more money to be comfortable if I can at all afford it. It isn’t worth saving $6-7 to be in my bed with sweat pouring off me when I could have AC. Taking the Hedman Alas bus to get around Honduras may be $10-20 more expensive, but it is money very well spent. In Thailand, we took a short trip on the 3rd-class train, but I would gladly pay the extra money for 2nd-class aircon for anything longer than a few hours.

I love saving money. Who doesn’t? But if being a backpacker means having to stay in bug-infested, sweatboxes, or being in a horrid tourist-saturated “backpacker district,” I am no backpacker.

Someone once suggested I was a “flashpacker.” I wasn’t happy about that. I wanted to be a backpacker! I don’t know what my fixation on that specific label was, but I wanted to still fall into that category. I have completely given up on that, though.

I’m quite content with how we travel. Yeah, sometimes I wish I didn’t care so I could save a bit more money, but then I see my backpacker friends complaining about the couple in their dorm having sex, the used condom floating in the toilet, the guy with the leaf blower snore. . .

Umm, no. I didn’t like dorm rooms when I was in college, and I certainly haven’t developed a fondness for them now. In fact, I’ll pay more to not only have a private bedroom but en suite bathroom as well. That’s right. I don’t even want to have to share my bathroom if I don’t have to. But I’ll do a shared bathroom before I’ll sleep in a dorm room in a hostel.

In fact, I’d rather sleep on someone’s living room floor as a couchsurfer than stay in a dorm.

I’m not completely sure why it took me so long to get comfortable with my travel style, but I’m glad it arrived.