London is such a huge city you could spend a lot of time here and never really run out of things to do or places to see. If you’re looking to spend less money, I’ve already written a post about visiting London on a budget, so here is more of a mix. 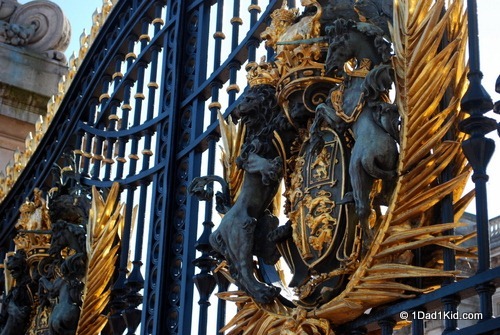 Visiting the icons of London

Thankfully, seeing most of the most famous sites in London can be done without forking out money. As long as you’re content to see only the exteriors. Quite often getting inside is going to make your wallet hurt.

With a pretty easy walk you can see quite a lot. Starting with lovely Green Park, a short walk will take you by the famous (but rather boring in my opinion) Buckingham Palace. From here you can stroll along The Mall past St. James Palace to Trafalgar Square. There are some lovely fountains, interesting statues, and the National Gallery here.

Continuing on your way, you’ll pass #10 Downing Street where the Prime Minister lives. A short distance from here you get a few landmarks all at once: Westminster Abbey, the Jewel Tower, Big Ben, the Houses of Parliament, and Victoria Tower. At the base of the Victoria Tower is the Sovereign Entrance where the queen enters when she addresses Parliament. 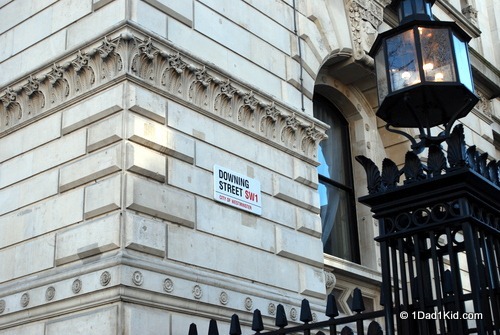 This area is woefully short on public toilets. Unless you’re eating in a restaurant, plan on using the bathrooms in the Underground station. You’ll find these after you pass Downing Street and before you cross at the traffic light right in front of Big Ben.

Hop onto the Underground or catch a double-decker bus to arrive at the Tower Bridge. You can do a nice loop by crossing the bridge, walking past a large part of the perimeter of the Tower of London and crossing the river again over London Bridge.

Since it’s opening in 2000, this very high Ferris wheel has become an iconic part of London and its skyline. The London Eye is very much part of the London experience now. Europe’s tallest Ferris wheel is 443 feet tall and is the fourth tallest in the world.

Passengers ride in one of 32 sealed capsules (air conditioned during summer). The capsules are quite large and can hold up to 25 people. It is a very slow, stable ride. So slow, in fact, that it takes 30 minutes to complete one revolution. Because of its snail pace, it rarely needs to stop to let people on or off.

This is definitely not a budget attraction. If you buy a standard ticket online (which offers you a discount), you can expect to pay a whopping $30 USD for an adult and $21 for a child (4-15 years old). The standard ticket means you can also expect to wait in line for at least 30 minutes. For an extra $14 per adult you can get a fast track ticket which means you won’t have to stand in line nearly as long.

Your ticket includes admission to a short 4D film. Neither Tigger nor I were all that thrilled with the film. He rated it a 3/10 which I think is fair.

It was an enjoyable ride, and you definitely get to see quite a bit of London, but I’m not sure I’d say it’s worth the price unless you just really feel the need to tick it off your London bucket list.

London is quite proud of its curry status, and you’ll find tons of curry places (more here than in any city in India in fact). Being an enormous, diverse city you can easily find pretty much any type of food your heart desires. Chinatown (near Leicester Square, which is within walking distance from Trafalgar Square) is a good spot for finding some great eateries and some street food.

The small shops will hurt your bank account much less. For restaurant dining, you’ll want to go during lunchtime when it’s cheaper.

While we were in London, we were hosted by Eating London on their food tour of the East End, and I can highly recommend this tour. It was a lot of fun, and we had some extremely good food. Tigger says the bacon sandwich we had on this tour is probably his favorite memory of London (and the best bacon of all time). For me it would probably be the bread and butter pudding with rum custard sauce and the bagel with salted beef (corned beef to us Americans).

The tour was a great blend of yummy food, learning about cheeses, history and culture. Don’t eat breakfast before the tour, though.

We’ve done a variety of food tours on our travels, and this one ranks way up there. 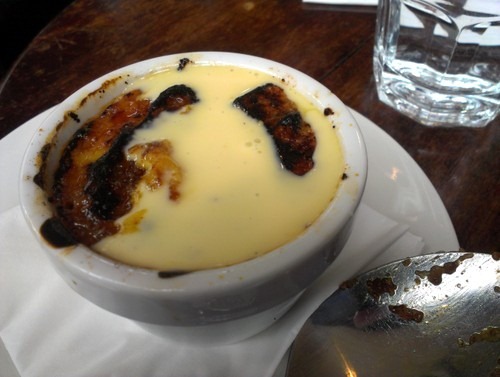 There are a lot of great markets in London. We really enjoyed the Borough Market, but Spitalfields was also good. The Camden markets were highly recommended to us, but we didn’t have time to make it there. I’ve been told the weekend is the best time to visit Camden.

We visited Chrisp Street Market a couple of times, but I can’t really recommend it. It was a decent place to find cheaper food places, though. Perhaps it’s better on the weekend, but it’s very much a neighborhood market so is quite small. If you’re in the area, it wouldn’t hurt to stop and check it out to get a feel for a small local market.

There are some lovely paths along the various canals in the city. They’re great to explore while on bicycle. You’ll probably enjoy the break from the big city areas. You can see some sides of historic London that you probably wouldn’t see otherwise.

I love trying to get lost when exploring an area. London is a superb place for doing it, too. So many areas are really quirky or quaint. Just go for a walk and take side streets that look interesting. You’ll probably find some great ones. You might even feel like you’ve found Diagon Alley (from the Harry Potter books/movies).

Which are your favorite places to visit in London?