It’s no secret I love doing photography. Talk about a big duh, right? Doing underwater photography is a bit more of a challenge, though. 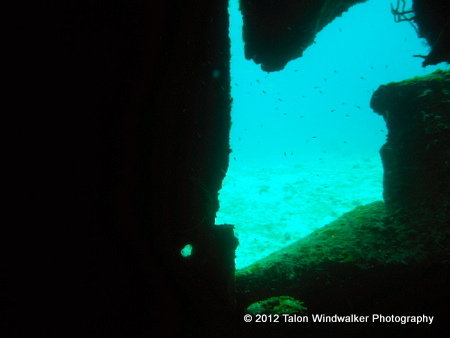 Yeah, you have that whole breathing underwater thing, but that’s really relatively easy.  Buoyancy can make it a challenge sometimes, too.  And those damn fish tend to not want to sit still and pose.  Though I greatly appreciate how patient moray eels are as models.

And then there is current.  In Utila, photography was really easy most of the time because you don’t have much of a current to work against.  You can hover while taking your photo and pretty much stay in the same spot.  When you’re diving in Cozumel, though, and the current is 4-6 knots. . . video is a better idea perhaps.

Before Tigger did his wreck dive, I had gone diving at the local wreck.  The last time I had been here was over a year ago when I was earning my advanced open water diver certification and had only about 6 dives to my name, so I was eager to come back and dive it now that I know what the hell I’m doing in the water.  Naturally, I brought my trusty underwater camera with me.

I got a few nice shots until my camera mysteriously wouldn’t turn back on.  It can be a little tough to troubleshoot a camera under water, especially when you’re inside a shipwreck at depth.  Once we came out of the ship, I stopped to take a photo of the propellers.  My camera still didn’t work.  I tried pushing different buttons, holding it upside down (hey, you never know), etc. Then I finally got a hint.  The monitor flashed:  Batteries exhausted.

Yes, I failed at keeping batteries fully charged.  Arrgh! You would think someone who has been doing photography since they were in high school would remember that but nooooo. 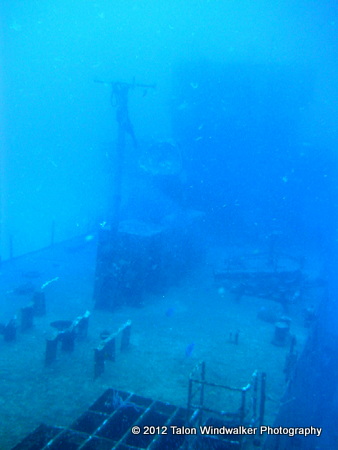 Batteries aren’t the only issue underwater, though.  There’s also white balance.  As you go deeper, certain colors drop out.  The first is red.  Get deep enough, and basically all you’ll see is blue.  Sure, blue is a pretty color, but why settle for the above when you get a photo like: 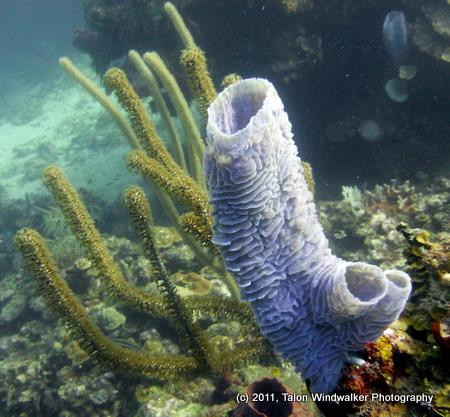 Guess which one I remembered to do white balancing on.

How do you white balance underwater?  It’s similar to what you do above the surface.  I have a white slate I dive with.  About every 3 meters or so, I use the customize white balance feature on my camera.  Point the lens at the slate, choose measure, and voila, you can get better color in your pictures.  But, yeah, when doing underwater photography, you have to remember these little details.

Like making sure you have fully charged or brand-new batteries in your camera when diving.  Sigh. 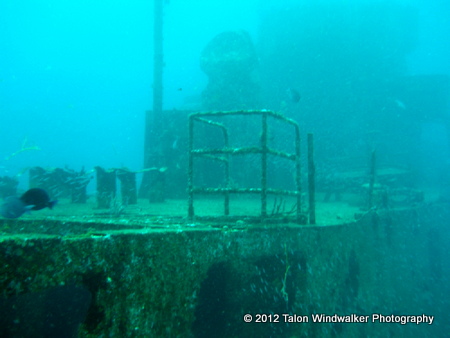 At least I didn’t try taking the camera on the dive without putting it in the underwater housing first.

What are some of your “favorite” camera blunders?