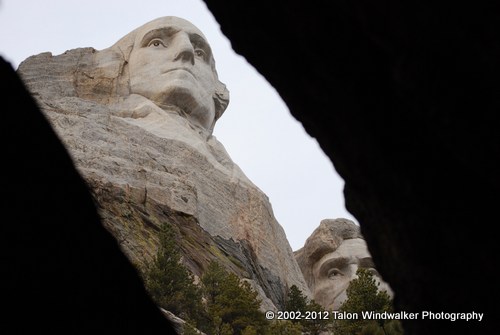 Posted By Talon Windwalker on 20 Aug 2012 in Photography, USA | 0 comments

A few years ago, shortly after Tigger’s adoption became final, Thanksgiving was upon us.  Usually we had a house full of friends, but that year people had other plans, needed to spend time with their own families, etc.,and so we ended up just having a very small dinner at home with one of my coworkers.  Our company gave us a four-day weekend for the holiday.  I wanted to do something special, especially since traveling was no...

While in the Black Hills, we went to Jewel Cave for Tigger’s first underground experience.  I was excited to learn it’s the 2nd longest cave in the world, and it’s still being explored.  There are several tours varying by your levels of adventurous spirit and claustrophobia.  There are plenty of options for people who aren’t into crawling on their bellies under tons of rock.  I’ve been in caverns before,...