Home » Musings » Statistics Can Suck It

Statistics Can Suck It

There is a statistic for practically everything. Have a question? There’s probably a study that has addressed it. Some of them have absolutely earth-shattering results, too: Children who are bullied tend to be more depressed. Really? Wow! Thank goodness someone discovered that through a double-blind, peer-reviewed study because I probably never would’ve guessed that in a million years!

Society has some strong opinions as well. That’s natural. Humans tend to like boundaries. We find labels comforting. They tell us what to expect. I imagine during the caveman days we found solace in organizing with people of like minds. Okay, so it makes sense even today, but sometimes societal consensus just isn’t . . . all that.

May you have an example, you say? You may be sorry you asked. For one, there is a large group of society who feel that gays & lesbians shouldn’t be parents. There was even a time not all that long ago when it was believed males weren’t able to be adequate parents without a woman involved. Well, tell that to the approximately 6 children I’ve had a part in parenting. Children who, incidentally, were in my home because of deplorable things their straight parents did to them. When people rail against LGBT parents, they tend to forget we wouldn’t have children to adopt or foster if their straight parents hadn’t messed them up. Long-established crime statistics show that 97% of child molesters are married, white, heterosexual men. So aren’t LGBT parents even safer? 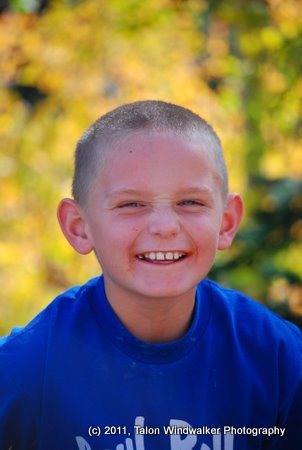 There is a family I know, and who you may know as well, that received a healthy amount of criticism. They are currently almost finished with an amazing adventure involving bicycling from the tip of North America to the bottom of South America.

Upon finishing, their 13-year-old children (who were 10 when they started) will hold the world record for being the youngest people to do this trek. Some criticized them as being reality-TV-styled parents trying to gain notoriety and fame through torturing their children. Except there is no camera crew following them, and since when has anyone been able to “make” a child bicycle for thousands of miles and through two continents?

Of course, none of these critics have sat down with the boys to discover their opinion of their travels. I have had the pleasure of spending a few days with this incredible family, and the boys are as committed, if not more, as their parents. Abused? They’ve had more experiences than most adults. They have learned how to deal with adversity, how to adjust to chaos, how to work through challenges and how to deal with it when things aren’t going their way.

Dare we say they know how to set and accomplish a goal? Will anyone ever be able to tell them they can’t do something?

Did you also know that foster kids are troublemakers who will never amount to any good? 37% will not finish high school. 3 out of 10 of all homeless are former foster children. 50% are unemployed. Ready for a really interesting one? 84% become a parent. What about the rest? I’m one of them. I was horribly abused as a child. I was in and out of informal placements until I was 15 when I officially entered the foster care system where I continued to be abused. What’s happened since? I’ve achieved a doctorate degree plus post-doctorate training. I’m a former foster parent and legal guardian and current adoptive parent. For the last two decades I have taken care of people in the emergency department as a nurse, treated people as a naturopathic physician, and served as a chaplain for patients and their families in the intensive care units as well as those preparing to die in hospice. I spent a decade as a leader in the Boy Scouts. I share this not to get a pat on the back, but to support what we don’t often hear about: The ones who don’t fall into the above sad numbers.

As a parent of special-needs children, I constantly face the judgment of others. Whether it be because my foster child is dancing in the middle of the clear grocery aisle, walking around making odd sounds, or otherwise being “obnoxious.” At school I’m talked down to because I’m a single dad, and we all know that men are incapable of being “real” parents. Yes, my child wore a dirty hoodie to school. Not because I don’t care or because I’m clueless, but because that’s what he wanted to wear even though I brought it to his attention. If I’m trying to instill in him that we shouldn’t live our lives according to the expectations of others, how can I put my foot down because his pants have holes in the knees? He also brings lasagna that is 100% made at home, even the noodles, to school for lunch while other children are ingesting food whose list of ingredients looks like something out of NASA. Now I’m beginning the journey to join a small handful of other parents who are pulling their kids out of school and taking them along on world travel, an even smaller group of whom are single parents. Abusive? Negligent? 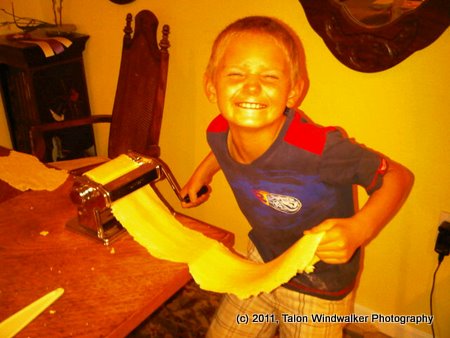 I once had a kid living in my home who wanted to dye his hair blue. We lived in a very small, fairly conservative, mostly retired community. What did I do? I took him to the store and bought him the dye and took pictures while he and his friend changed their brown hair to colors only found in the animal kingdom. For months I referred to him and his buddy as Smurf and Booger Head. When it came time to find a job, the brown hair returned. He got it out of his system.

Not all societal consensus is negative, but so often we feel ostracized as parents, as people, because of what Society expects of us. So many of us, consequently, miss out on truly living or being who we really are simply because we don’t have the support we need to be what or who we truly are. We may not be the parents we choose to be because others don’t approve, or we’re simply tired of the judgments, which so often come from people who have never parented anyway. Frankly, I’m many things. Some irritating and some truly wonderful. I bet you are, too. The big question is, whose life will you live? Whose standard will you choose to base your choices on? Why not live and parent according to your heart?