In the last 2 years, we’ve visited 14 countries and over 100 cities, many of them multiple times. While the nomadic life has specific challenges, I’m also coming to terms that I need an attitude adjustment when it comes to long-term travel. 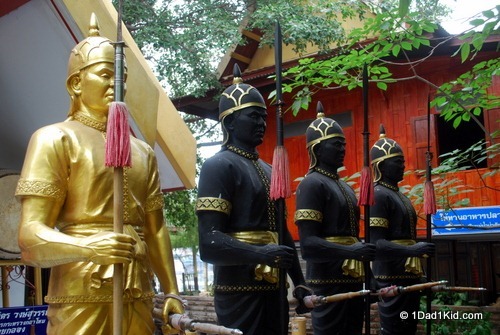 Most people traveling on holiday have a very limited time period in which they have to soak up everything possible before it’s time to leave and return to their normal life. Even people doing a yearlong round-the-world (RTW) trip, find themselves feeling the urgency of getting in as many places as they can and seeing everything possible.

When you’re traveling indefinitely, though, that sense of urgency isn’t quite there. Usually our only deadline is the length of stay granted by the country to US citizens.

I find it curious that after two years I still sometimes struggle with giving myself permission to stay in our room for a better part of the day. Tigger is generally always okay with having a lazy day or a “chillax day” while I want to get out and see things.

Bangkok’s heat has been helpful to me in that regard as we simply have no desire to be roasted and steam cooked all day long. When we were visiting friends in Malaysia, I sometimes felt bad for staying in the apartment day after day instead of going out and doing sightseeing. But Tigger was having so much fun having other kids to play with, I didn’t feel as bad. Plus, Penang just doesn’t have that many “must-sees.”

Often, I have to remind myself that we’re aren’t just on vacation. This is our life. in our life back in the States, we had weekends and other times to relax at home. We weren’t on the go as long as the sun was up. Just because we’re traveling doesn’t mean we have to get out of the room and explore for hours every single day.

It’s okay to go and visit the mall for a few hours and come home and call it a day. Even if that means we may miss out on seeing something.  And, generally speaking, we can always come back. Just because we’ve been to Spain once doesn’t mean we can’t go back and explore more.

That’s the beauty of indefinite travel. 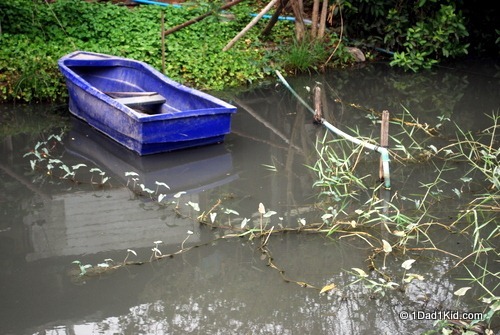 At the onset of our journey, we moved a bit slowly. We left in May 2011 and by the end of July we found ourselves in Utila, Honduras. We stayed on that small Caribbean island for 8 months. We left there for South America and found our brief stay in Cuenca, Ecuador to stretch out to 6 weeks. Then a business opportunity appeared, and we were back in Mexico for just over 3 months.

We finally left that hemisphere and headed to Europe, but we were traveling for only a few weeks before we were unpacking our suitcases for our 2-month housesit on a Moroccan oasis. Since arriving in Thailand at the end of January, we’ve been bouncing around quite a bit, though. We’ve had some stays that were so short we didn’t even bother unpacking our bags.

And I’m getting worn out from it.

The current problem was caused by Air Asia. They happen to run these wonderful airfare sales, and I fell for them big time. This is why we’ve been moving a lot more quickly than we’re used to, and definitely faster than we like. We love to get into an area, find a place of our own, and park it for a while so we can get to know the area, the locals, the culture, the hidden spots, etc.

It’s so much harder to do that when you’re only in a town for a week at most.

So much so that we are tempted to skip our month-long trip to Vietnam later this week. As much as I’m interested in going to Vietnam, I’m just wanting to stay in our own place for at least a few weeks. Had I not already paid for visas and for our 1st few nights in Hanoi, as well as a cooking class, I’d seriously consider just losing the airfare and staying in Thailand longer.

It isn’t a reflection on either country. We just don’t like this type of faster travel.

Lesson learned. No matter how tempting some of those sales may be, they just may not be worth it. Since those airfare deals do happen to pop up frequently, we can avail ourselves of cheaper airfare while staying in an area longer like we enjoy. Just because they’re selling fares to 20 different countries doesn’t mean I have to try and visit them all in the next 4 months!

Thankfully, we have housesits in Australia and New Zealand coming up in a couple of months. This will allow us time to slow things down again.

I’m looking forward to that. 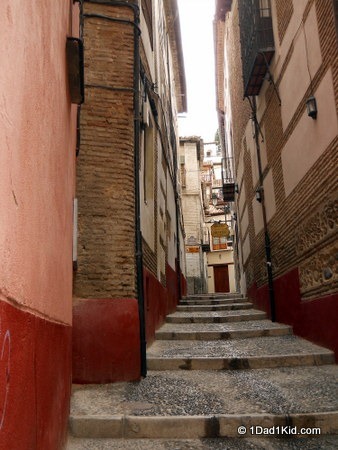 One of the hazards of long-term travel is falling in love with so many places. It’s a nice problem to have, though. Especially since we can always return to an area to explore it further and to discover if we still love it as much as the first time. We’ve had at least one place drop off our list of long-term bases after staying a second time.

If I could afford Paris long term, it would be high on my list. I’m still kind of working on that one, though. At the same time I’m missing Latin America a lot. I don’t know if it’s the culture or the fact that I could communicate more easily with people there.

I miss being able to sit down with the lady cooking our street food and discovering more about her life, her dreams, etc. I could do that in Central and South America because I speak Spanish. In France and Morocco, my French was improving to the point where I could understand more of those stories. My Thai, however, hasn’t progressed much beyond the niceties of greetings, saying thank you, and asking “Pork?”

My heart yearns to be able to do that again. For me, so much of the fun of travel is being exposed to the deeper sides of culture and other people’s lives. Smiles are powerful, but they can only take you so far when it comes to discovering a person’s story.

When we came to Asia, I was convinced we would end up calling this place home. But now I’m not so sure.

I love Malaysia, Thailand, and the Philippines. I’m sure I’ll find other countries here I love equally or more, but I have a profound need to interact with locals better.

Thankfully, our ability to do long-term travel also means we’re not up against any deadline to find “home.” I love that freedom.

What are your experiences?

We are currently in