After several days in noisy, chaotic, hot, and kind of grumpy Hanoi, we were ready for somewhere that was calmer. Lots of people recommended Hoi An, which is basically why we didn’t go there. I wanted to see a part of Vietnam that wasn’t as popular with the Western tourists. When another blogger mentioned the town of Da Lat, I was intrigued. She absolutely loved it, and it had two big requirements for us: cooler temps (homes don’t even have air conditioning) and a more relaxed environment. Sold! 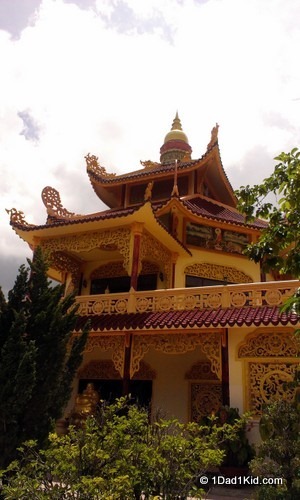 Southeast Asia seems to have the low-budget airline crown. I’ve often been amazed, and boxed in, by the really cheap airfares here. Vietnam is no exception. In investigating prices, we discovered that it would be cheaper, and 23 hours shorter (and that doesn’t include the necessary 3-1/2-hour bus ride), if we flew from Hanoi rather than by train.

I was curious what it would be like to fly on a  domestic low-budget airline in Vietnam. I wasn’t sure what to expect. I still remember our interesting flight from Mexico to Cuba which was on an old Russian jet from the 70s. This plane was much more modern, and it was fun to be only 2 of 5 Westerners doing this voyage.

As soon as our shuttle bus began the drive into town, I felt like we had made the right choice. Da Lat just had a good energy about it.

We stayed at the same place recommended by our friend (L’Auberge Ami), and it was nice to have a kitchen again. We were in a very quiet neighborhood which was a much-needed break from Hanoi’s omnipresent noise. The streets by our place had several shops for food. While Da Lat is popular with Vietnamese tourists (it’s often referred to as the Niagara Falls of Vietnam and is a popular wedding and honeymoon location), there are very few Westerners. The lack of foreign tourists also means less English speakers, which made it even more of a fun adventure.

Da Lat is also the food bowl of Vietnam, so it was very easy to find wonderful produce. The local shops all sell very fresh meat. I was grateful I could order chicken without having to pantomime it. Although I’m sure those antics would’ve been met with delight by the locals.

Another immediately apparent difference between Hanoi and Da Lat was the friendliness of the locals. I had read many times how grumpy people in Hanoi seem to be (a reputation that many Vietnamese agree with). We went there with an open mind, but it was hard to find too many people who broke the northern stereotype. Da Lat, however, was welcoming and uber friendly.

I even had my first Vietnamese marriage proposal on our first day:
“Where you wife?”

She looked at Tigger a bit perplexed. Pointing to him she asked “Where boy mom?”

Tigger didn’t skip a beat as he pointed to me. I laughed and replied there was no mom.

It took her a bit to process everything before she asked, “You want Vietnam wife?”

Unsure of Vietnamese attitudes towards gay people, and not sure if the word would even be familiar, I responded: “No wife. Easier.”

She nodded in understanding and agreement. Interestingly, most of the Vietnamese women I chatted with all agreed life was easier without a wife. 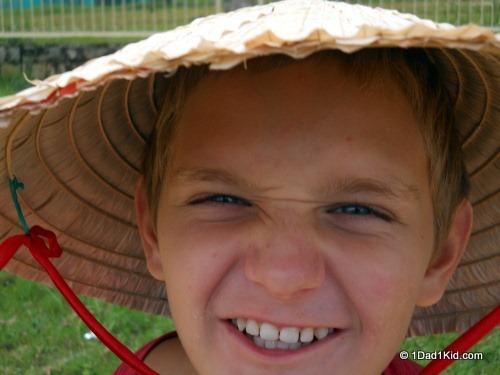 We attracted a lot of attention everywhere we went. First of all, we weren’t in the backpacker district, and we didn’t stay in the big hotel zone. White faces weren’t a familiar sight in most of the places we explored. Then, of course, Vietnamese people absolutely adore children, and even though Tigger is older and about as tall as most of the adults, he’s still a child. On top of the cute kid status, he was wearing a local version of the Vietnamese conical hat. People driving their scooters almost crashed while staring at him in wonder, huge grins on their face.

The Vietnamese culture doesn’t share the Western attitude about personal space. In fact, not only is there no such thing as personal space, but it’s totally acceptable to pat a kid on the tush, grab you by the arm in a good-natured way, pinch your cheeks, etc. It took some adjustment for both of us to be walking down the street and have someone grab your kid by the arm and pull them away from you. None of it was menacing. They always were laughing, gushing over him, and just loving on him. And they were so excited he was wearing this hat.

While Tigger was generally the main attraction, I did have a time where someone came up to me, patted my belly, and shook their head. I just smiled and did the hopefully universal nonverbal expression of quiet resignation.

It was also really fun to walk around town and have people of all ages shout out “Hello!” which was most likely the extent of their English vocabulary. They always looked so proud when I replied, and people were almost as excited whenever I said “thank you” in Vietnamese. 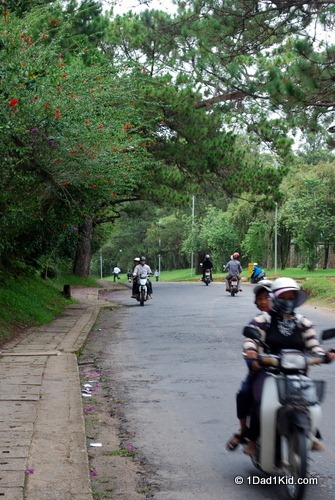 Da Lat is also where I became addicted to banh bao, the Vietnamese version of a steamed Chinese dumpling. I like to refer to them as “crack balls.”

We came to Da Lat to get a break from sweating and to slow things down. I knew it would mean we would see less of Vietnam, but we needed some time to just stay in one spot, relax our pace, and have a place that we could thoroughly explore.

Da Lat fit the bill perfectly. We didn’t “do” a lot or see a lot, but our experience was so rich it is one of my fondest memories of this beautiful country. 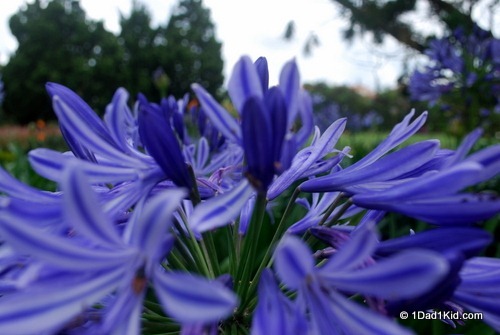