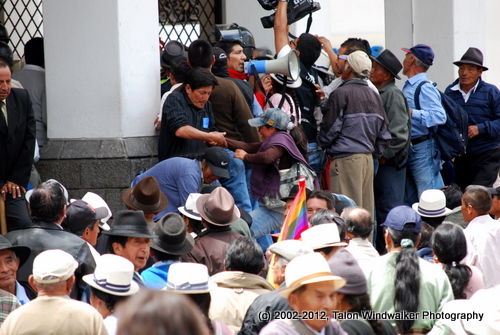 While exploring the historic center of Cuenca, I saw a large crowd of indigenous people at a plaza.  Since government offices are usually near plazas, I figured there must be some sort of protest or something, and naturally we went to check it out.  Apparently, the state government was requiring that they put an ear marker in each of their cattle, which is a way they can enforce more taxes (per the shy woman I discussed this with).  The people from nearby villages were not happy about this and came to protest.  It was very peaceful, but I did experience a surge of adrenaline when the police starting showing up in riot gear and sirens could be heard approaching in the distnce.  I just couldn’t stop taking photos, so I quickly discussed a safety plan with Tigger to get him out of the immediate area in case things went sour, which they never did thankfully. 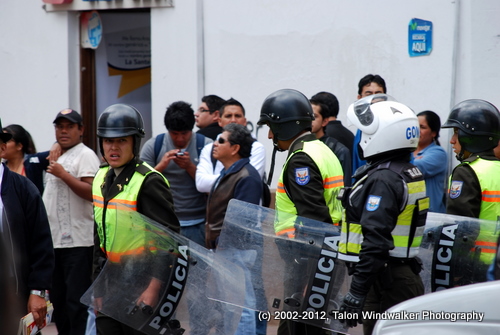 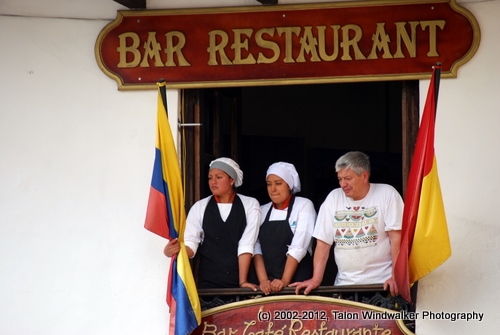 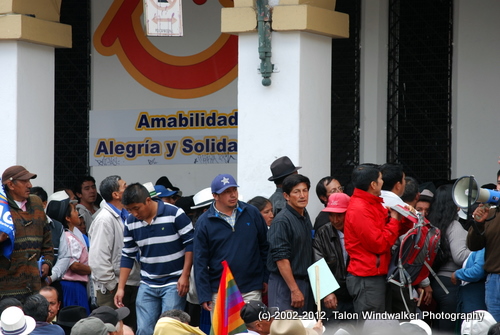 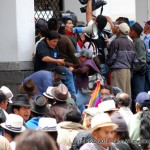 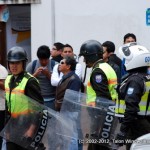 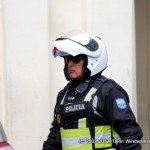 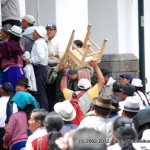 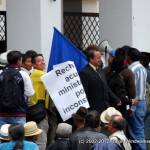 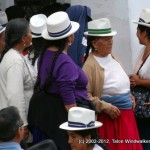