Well, it’s time to leave. The last 2 weeks have gone by SUPER fast, and we’ll be boarding a ferry to the mainland at 6:10 tomorrow morning. From there we have to wait for our bus to take us to the airport. I’m hoping to be able to check-in our bags and then go to the mall or something since we will have about 8 hours to wait. That is never fun in ANY airport, much less SAP. I’m hoping for not too much adventure since San Pedro Sula has apparently been crowned the most dangerous city in the world. That kind of adventure we don’t need. Then we board a red eye at 1 AM and fly to Ft. Lauderdale in the USA. After being out of the country for 10 months and spending most of that time in known Central American drug countries, I’m expecting a thorough inspection of our gear. I’m hoping Customs pleasantly surprises me, however. It’s really not something I want to endure at 5 AM. Then we have a few hours of wait time until we fly back down south and arrive in Bogota.

We’ve had some minor prep work to do such as buying Tigger shoes. He hasn’t worn footwear in a LONG time, unless you count booties for his fins when he goes diving. We also do not own a pair of pants. Nighttime temps on Utila are around 23-24 degrees, in Bogota 9. Needless to say shorts and thin T-shirts aren’t going to be very helpful there. Tigger is also used to the laid-back Caribbean style. When at a restaurant he’s usually free to walk into the kitchen, climb the building columns, make forts of throw pillows, etc. That kind of thing doesn’t fly many other places, so he is in for a bigger amount of culture shock than even me.

Here are just some of the things I will miss about Utila: 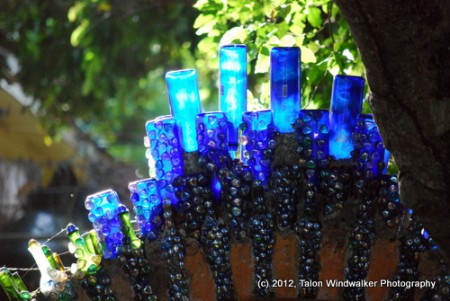 What won’t I miss?

Surprised at how short the last list was? Well, Utila really is an amazing place.  Sure it has its little quirks, but that’s been endearing. It also helps separate the people who can’t hack small island life from the people who adore it.  Most of the people you talk to who are transplants here, or temporary transplants, stay because they like it not because they’re “stuck.” 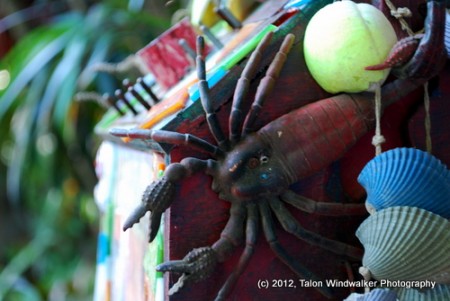 Bottom line:  If you’re considering coming to Honduras at any point, make sure you give Utila a visit.  Just do yourself a favor and don’t set a departure date.  “I’m leaving tomorrow” is one of the most hilarious statements we hear.