Often when we go to an area, we find a place and stay put for at least a week. When going to Paris this time, we had a more varied experience. Since I had a couple of sponsored stays, we ended up staying in different neighborhoods in Paris. Sometimes changing to a new arrondissements is like stepping into a completely different city.

It ended up making things a lot more interesting.

When we first arrived, we stayed in a place in my favorite neighborhood of Montmartre, but that was just for 1 night.

Next, we moved to an apartment near a “kind of dodgy area,” for a few nights before relocating to a busier area closer to downtown, which was also a lot closer to a metro station. 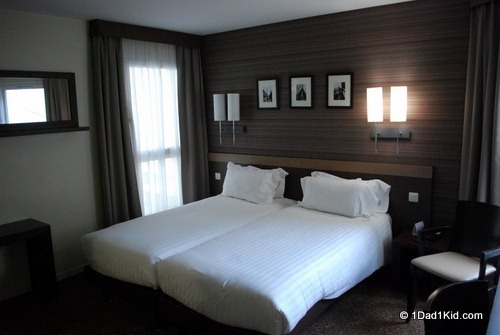 We were hosted for a couple of nights at the Citadines République property, a condo-hotel. Just walking to the hotel from the metro was enough to make me love the area. Within a few doors of the entrance was a bakery that had extremely tempting chocolates in the window, and immediately next door was a creperie. Yeah, they had a sudden upswing in business for a few days.

Inside the room, Tigger was most happy to discover it had a small dishwasher (one of his routine chores is to wash the dishes) in the kitchen and a microwave. Kind of funny how much you can miss having popcorn.

We loved exploring yet another neighborhood, and since it was closer to the Thai embassy, that made it easier for us to secure our 60-day tourist visas.

Did I mention it also had a bagel shop on the other side? I’m all about bagels.

I also took advantage of the great location to get out and take some nighttime photos of various areas, including the Eiffel Tower, while Tigger stayed back in the room enjoying speedy WiFi. 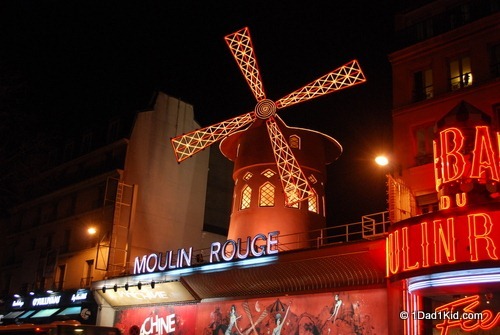 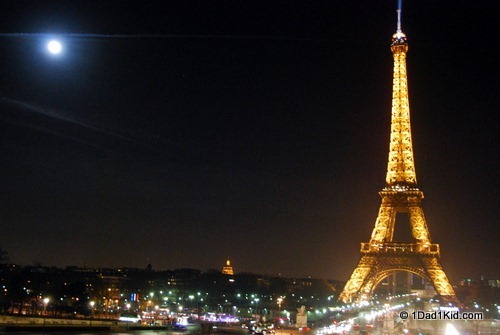 When it was time to leave the condo-hotel, I was sorely tempted to extend our stay. Instead, we moved closer to the Belleville area of Paris, an area I had never really explored before. The room we rented in someone’s apartment was located in a Middle Eastern neighborhood.

Since we were still recovering from Moroccan food, we didn’t avail ourselves of anything from the various eateries except for some yummy baklava from a bakery. My heart wasn’t broken when Tigger declined some.

Going to the market at Belleville proved to be quite an experience. It was almost like being back in the medina in Marrakech or Essaouira. It was fun hearing the mix of Arabic and French, and we were virtually the only non-locals there. That’s one of my favorite situations. 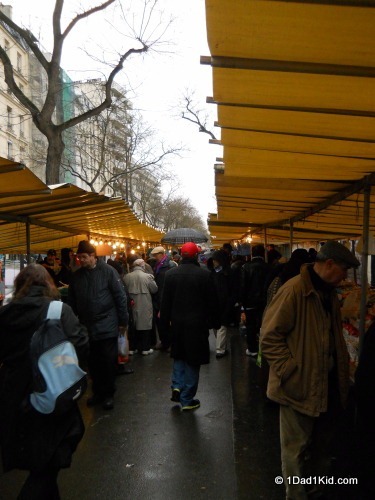 Unfortunately, after spending a week in cold, damp Paris with its thousands of stairs, my arthritic knees had it. We were headed for the well-known park (which has one of the best views of Paris), but my body made it quite clear that would be an unwise decision. Sick of the cold and rain, Tigger was relieved when I announced we were returning home.

It was our last day in Paris, so naturally we indulged in a fine Parisian meal made with a fresh baguette, a charcuterie plate, and a few different cheeses. Naturally, I washed mine down with a nice full-bodied red French wine.

Even though it was a bit tiring moving every 2-3 days, it really was fun to experience various Parisian neighborhoods. I think we’ll do something similar when we return. I need to find out if there’s any neighborhood that can really give Montmarte a run for its money.

I doubt it, though. It’s pretty hard to beat such an incredible neighborhood.

What are your favorite neighborhoods in Paris?