Prague is a large, international city, and its dining options reflect that diversity. When you set out for Prague food, you won’t go away hungry. In fact, you might find your clothes have shrunk a bit.

Czech food is quite heavy and basic really. Flavors don’t change that much. Beef is not a common meat, and its quality is generally substandard compared to other countries I’ve visited. I think more attention is paid to crafting wonderful beers. Pork is a big favorite and very good.

Street food is mostly sausage and pork oriented. It is quite inexpensive and usually pretty darn tasty.

I really enjoyed U Medvidku for typical Czech fare. They have a good selection of beers, too. It’s a really relaxed atmosphere. If you don’t smoke, walk through the first dining area to the rear where you’ll find the nonsmoking section.

For some reason, the nonsmoking section in Czech restaurants usually includes a trek through a smoke-filled room.

If you’re in the mood for trying some of the less-common beers, head on over to the Prague Beer Museum pub. Their beer menu is quite plentiful, and taste sizes cost around $1 for most of them. Their food is average, but their beers are wonderful. Make sure to have cash on hand, though. They don’t accept credit cards.

Of course these deserve their own category! After sampling bagels from various shops, I give the blue ribbon to Bohemia Bagel. They have two stores, and I visited both of them. In the name of research, of course. The store at their Masna location (metro station Staroměstská) is by far the best one. Since it’s also very close to the big square, that’s an extra nice part.

They have some great bagels and bagel sandwiches, but they also have some other great food. I had a delicious walnut fudge pie while picking up my last batch of bagels. It tasted even better than it looked.

There are various Mexican restaurants, more than I expected to be honest. Most seem to be selling tourist-type fare (what some expats call Czexican) which is a big turnoff for me.  We only found one restaurant that was really good, but it appears they are no longer open.

For a fast food version of Mexican cuisine, we were pretty pleased with Burrito Loco. They offer burritos that are very reminiscent of the Chipotle chain back in the US. They get an extra bonus for carrying our favorite Mexican beer—Sol.

They’re also open 24 hours in case you get a late-night craving or need to get some food in you as you’re stumbling back home from a bit too much nightlife.

Their Štefánikova location (tram stop Andel) also has a small shop selling things like true hot sauce which is hard to find. 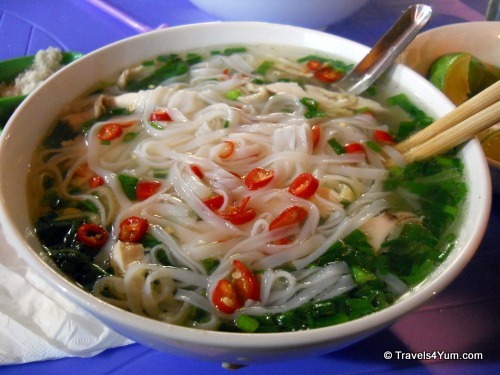 We’ve been to a couple of fairly good Chinese places. Expat friends tell me all the restaurants have similar quality, but I can definitely recommend Restaurace Stesti. And the “strange taste” chicken really doesn’t taste all that strange. Nearest metro stop is Hradčanská.

We’ve only been to one restaurant serving strictly Indian food, and that was Indian by Nature II (metro Hradčanská). During the week they offer an inexpensive lunch buffet which was really quite good.

This is one of my favorite cuisines, and I tend to be rather picky about Thai food. Yam Yam had really good food that was very similar to what we had while in Thailand, although a bit sweeter and less spicy.

If you’re visiting on a weekend night, make sure to reserve a table in advance. The restaurant is small, popular, and near a concert venue.

On the outskirts of town in the Praha-Libus area, you’ll find what an area I call Little Vietnam. It is a Vietnamese community of shops, markets, and restaurants. Most of the restaurants are hole-in-the-wall places. If you’ve been craving pho, you’ll want to come here!

You’ll want to arrive at the bus stop Sídliště Písnice. You’ll see a small plaza advertising Vietnamese food. Go through the building to the other side, and you’ll see the complex just past the restaurant and hotel.

There are plenty of places selling doner and foods of that nature; however, Klub Cestovalelu (metro/tram: Narodni divadlo) is worth a visit. Their menu is more than just Middle Eastern, and it is quite tasty.

If insects are your thing, I have a friend who recommends their worms. I’ll pass.

Some of their a la carte options are a bit weird, though. For instance, neither pita nor bread come with the humus, and it’s about $1 a piece for pita! 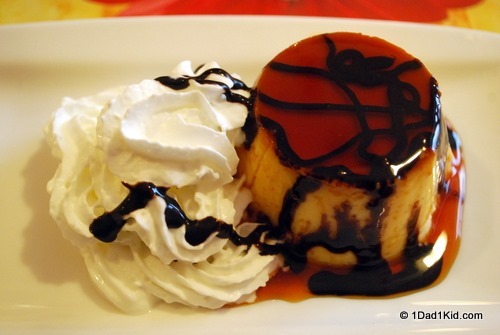 There are tons of bakeries around, and restaurants often have a great selection of desserts; however, if you want something a bit more special, Ovocny Svetozor is the place you want to go.

They have several locations, and due to its justifiable popularity you should expect to have to wait in line for a bit. Their cakes, torts, and ice cream are all quite good.

If you’ve been there, which Prague food is your favorite?