Dealing with an Airbnb Disaster

We’ve used Airbnb quite a lot over the last few years. We’ve rented a room in a house a few times and have rented out an entire place most of the times. Some of our hosts have become friends that we’ve kept in touch with. We like Airbnb for several reasons—We can get our own place, we have a kitchen (which can save a lot of money), we are often outside the tourist zone, and we get more of a local experience.

For the most part our experiences have been quite good with only an occasional very minor hiccup. Until Paris.

I was excited to find an apartment for about $30 a day during the height of high season. I knew it was tiny, but we could do “cozy” for 10 days for that price.

Besides, Paris accommodations usually aren’t all that spacious anyway.

It was definitely as cramped as the photos made it seem, and the neighborhood was a bit more . . . interesting than I had expected. However, the real shocker came as we started checking out the apartment and discovered it was absolutely filthy.

There was dried food and hair on the stove, hairs in the bathtub, dried toothpaste on the bathroom shelf, excessive dust, and more. As we were still within the first 24 hours of our check-in, I initiated a case through the Airbnb resolution center and requested a partial refund. After reviewing my comments and the approximately 12 photos I attached, the owner quickly agreed to my request.

My happiness with Airbnb continued until we hit Riga, and we ended up in the absolute worst apartment we’ve had yet. How this person has so many great reviews, I don’t know, but it was a crap experience from the get-go.

The “fun” started when we returned to the building after dinner. We had been told the coded lock on the front door wasn’t in use so we weren’t given the code. Unfortunately, the lock is very much in use, and we found ourselves locked out of the building. Thankfully, someone with the code soon arrived and let us in.

I should’ve taken it as a sign when the owner was completely unapologetic.

The other thing we discovered that night was that she had minimally turned on the radiator for the apartment. We were shivering for hours while it took its time heating back up. Although, the kitchen area didn’t get much of the heat, so I had to wear a hoodie when cooking in the morning and at night.

The next day I pulled out the one pan to discover it was severely scratched up Teflon (a potential health hazard) which was caked with old food. That’s when I also discovered the “equipped kitchen” with “everything a tourist could need” lacked any cooking utensils.

No spatula, no cooking spoon, nothing. 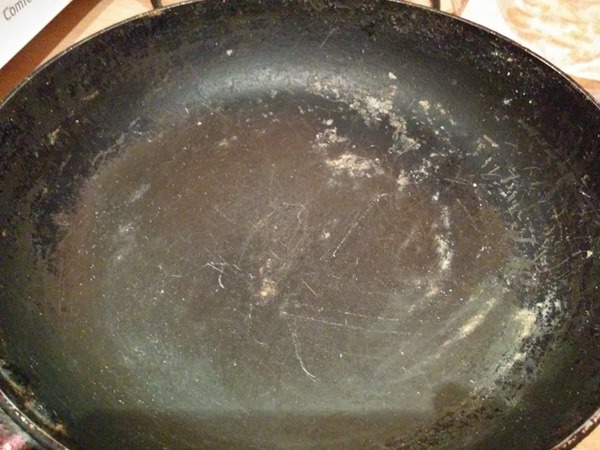 While I was frustrated, these weren’t massive issues. We were outside the 24-hour window by this point, so I figured I’d just grin and bear it.

Over the ensuing days, we had other minor issues. However, I also dealt with being awoken nightly by the sound of rats moving in the walls. One night one was under my bed. I could’ve sworn I heard one rifling through the kitchen trash, but I couldn’t confirm it.

That is until toward the end of our stay when Henry (Tigger named it) decided to pay us a visit in the living room. He ignored us as he checked out the floors for food, went under the sofa where we were seated, and kept himself occupied in a corner for about an hour in plain sight.

We aren’t afraid of rats, but I’m not particularly keen on sharing my living space with a wild one either.

But the day’s adventures weren’t complete.  Later that evening Tigger was doing the dishes when I noticed a stream of water running from beneath the sink. I had him turn off the water, and sure enough the plumbing for the sink had completely fallen apart. 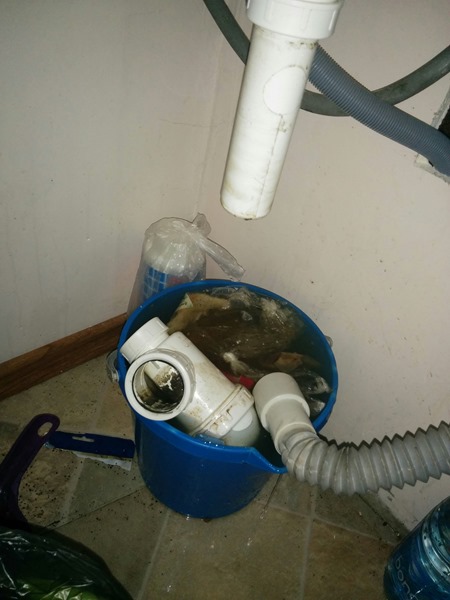 In my frustration and disbelief, I tweeted about the craziness. A friend responded incredulously and tagged Airbnb’s Twitter account in her message. Minutes later I received a message from Airbnb’s Help account, and they made sure I was immediately contacted by someone from customer service.

This is when I discovered the 24-hour rule is for major things such as when a guest shows up and the owner doesn’t, the place is horribly misrepresented, etc. For other issues, one can still open a resolution request even after the initial 24 hours. They strongly encouraged me to open a case, and I decided it was definitely warranted at this point.

I requested a partial refund (I’m way too nice) as well as a refund of the cleaning fee. The owner responded by threatening me and finally declined my request.

At that point, you can ask Airbnb to intervene and make a final decision or you can continue working with the owner. I did the former and in less than 24 hours Airbnb had issued me a full refund (including their service fees) along with some credits to use on a future booking.

Knowing I couldn’t be the only person out there to have an Airbnb horror story, I asked some other people and did some searches online. Most of the stories were fairly mild, although some were really rough.

“We had a super weird Airbnb situation in Caye Caulker. After our first night in the apartment, we were out paddleboarding and discussed how seriously we’d lucked out. A cute place, a good price, a super friendly host and right in the middle of the busiest weekend of the year! Clearly, we should have knocked on wood, because as we swooped back by the apartment to grab our beach bags, our host was waiting outside with bad news: we had to get out, as there’d been a double booking and the other party had paid more. He proposed we move into another of his apartments, a two bedroom being occupied by an older single American man who was “out all day anyway” (um let us think about it… no) or basically just get out and we’d get a refund. Too bad Caye Caulker is booked solid for Easter weekend for weeks in advance! We literally would have been sleeping on the streets.

“I decided to play good cop and told the girls to go upstairs while I explained that while personally I would be totally 100% down with sharing an apartment with a random strange old dude (not true) who was probably also clueless to this arrangement, my sister and cousin were just like slightly uptight in that when they book a private apartment they would like it to themselves. And, unfortunately, I totally get that they’re in a bind, but I just so happened to work for Airbnb and would have no choice but to report an incident like this to headquarters (also definitely not true.) I was my taking my phone out to start a dramatic fake phone call to the CEO when suddenly our host changed his tune and we could stay.”

The common theme that came out of my online research and in requesting people’s stories was that Airbnb’s customer service is top-notch. In my case, they were pretty responsive via social media and their internal messaging system, but you can also phone a special hotline when you need.

As I said above, we have used Airbnb a lot and with very few problems. After how well they responded to our first real crap situation, I won’t hesitate to use them again (and already have 2 other bookings for our next locations).

So if you haven’t given them a chance, I suggest you go for it.

What has your experience with Airbnb been?