As a NETGEAR Ambassador, I was contacted and offered the opportunity to try out and give an honest review of their Trek travel router. While this wireless travel router and extender offers a lot of attractive features, one really caught my attention strongly—the ability to use it as a hotspot. Since some places charge for WiFi, this provides you the opportunity to pay for only one login and still connect multiple devices. Something we often need! 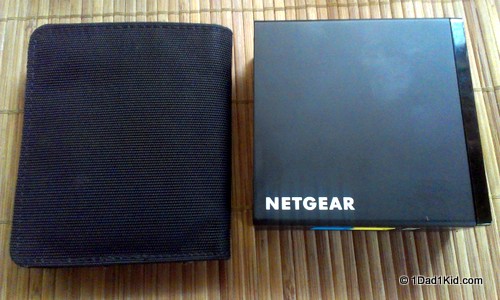 My wallet is on the left for size comparison

Wireless features you will love

As I said above, with this device you save on fees by connecting the router to the WiFi network and using it as a hotspot for other devices. When I tested this out, we had two laptops, a mobile phone, and a tablet all connected under a single login.

Using this device in these situations just a couple of times (or even once depending on how many connections you need) more than pays for itself. I wish I had it in Wales when I had to pay $22 USD so that we each could be online.

Since the devices store the NETGEAR router profile, you don’t have to go through a bunch of connection steps each time you want to set it up. Just connect the router, and you’re good to go!

If you’re using a public hotspot, your device is at risk from hackers. With the Trek, you have a firewall-protected network for your devices to help make surfing safer.

Occasionally we’ve stayed in a place that charges for WiFi but offers a wired connection in the room for free. No problem! You can connect a cable to the Trek, and now you have a wireless hotspot in your room.

If you’ve traveled a lot or use a lot of public hotspots, it’s quite probable you’ve had to deal with a weak signal. The Trek can act as a signal extender to make your digital life much easier and comfortable. I could’ve really used this in some of the rooms where the best connection was either right outside the door or in a corner of the room.

Having to sit on the toilet to work because that area has the strongest signal just isn’t fun. 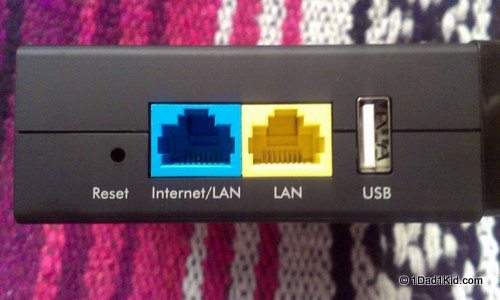 So how well did it perform?

I really wanted to give it a thorough testing, so Tigger and me connected our laptops via the router. In addition, I connected my Kindle Fire and my smartphone. I’m pretty sure at one point Tigger also had his PS Vita connected. It’s a really good test with Tigger because he likes to watch a lot of YouTube videos, and that can really zap bandwidth.

I did a bandwidth speed test before we connected and during to get an objective measurement of how well it worked with so many devices connected and in action. Speeds were exactly the same! (I know these speeds look a little sad, but we were in a hotel on an island in Mexico, so it was pretty fast compared to some others we tried.) 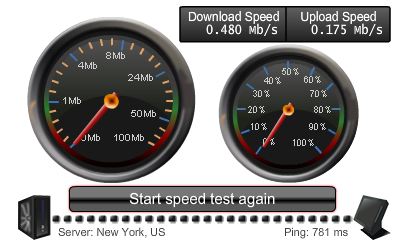 The only time I experienced a reduction of speed was when Tigger began playing with friends online. Their games are streaming, and they chat via Skype at the same time. With all that going on, I did experience a drop in speed, but it was still quite functional.

An interesting incidental finding was that Tigger had a hard time connecting with some gaming servers while using the hotel’s login; however, when he connected through the Trek he was able to connect to them with no problem. I’m not sure what made the difference, but to me that’s a big plus. He’d agree.

The device is quite compact and lightweight. It plugs directly into the electrical outlet and has a foldout antenna for ease of use. Another nice built-in feature is a USB plug so that you can charge your phone or tablet while the router is plugged in. If you’ve ever had the joy of being in a hotel room with only 2 outlets, you’ll greatly appreciate this feature.

The setup instructions were super easy to follow. In case you have a device that hasn’t connected to the router before, the ID and password are on the router itself so you don’t have to worry about carrying around extra notes when you travel.

Many of the features of the travel router would be good for use at home as well, especially the signal extender. Sometimes homes have a dead spot, and this could easily solve that problem.

The NETGEAR Trek travel router gets a thumbs up from both of us. There were many times over the last 3+ years this device would’ve come in handy. It’s definitely now a part of our travel essentials.

Even if you don’t rely on wireless connections as much as we do, I’d still highly recommend it.