Home » Honduras » Why Does Honduras Hate Me?

Why Does Honduras Hate Me?

If you read about my initial experience upon arriving in Honduras, you’ve probably been wondering if things have changed at all.  Of course, with a title such as this you’ve probably already assumed what the answer is. 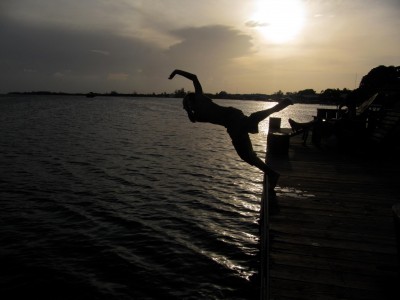 Life on the small island of Utila has overall been a great experience.  I’ve been able to dive a LOT (went from 14 dives to 104 in about 2 months), and Tigger even earned his junior open water certification, so we’ve had the chance to dive together which has been pretty awesome.  In fact he was with me for my celebratory 100th dive, and a hawbill turtle also showed up to mark the occasion.  And if you’re wondering, yes I kept to the tradition for the 100th dive.  But a lot that hasn’t been so much fun has also happened while here.

For starters after a month on the island I discovered that someone used our card info, which apparently was lifted from an ATM machine with a fraudulent card reader on it , to withdraw money from my bank account.  Luckily I caught it the day they did it, so an immediate block was put on my account.  I use a PayPal card as backup, but there was a problem since I had logged into my account from Honduras even though I had been regularly updating them about our travels.  That took about 3 days to clear up.  Then the challenge of getting my replacement card began.  Utila has no street addresses, and apparently FedEx doesn’t like that.  After almost 1-1/2 months, I finally got a replacement card by sending it to a friend who was in Canada visiting family and was coming back to the island.

We had a splendid visit with Erica & Shaun and while enjoying a farewell meal with them one of my very old fillings broke.  I figured no sweat and wasn’t too worried when I discovered it would cost about $30 to replace it.  Then the drilling began.  Another long story short, I’m now looking at a crown and root canal.  Apparently the filling had been leaking for a while, and the inside is quite decayed.  Thank goodness it happened in a country where dentistry isn’t going to equal a couple of months’ rent. 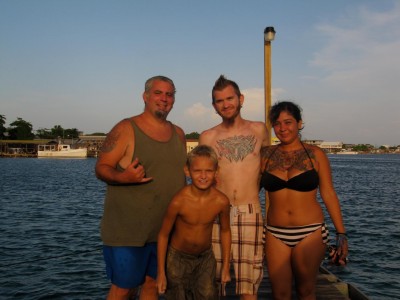 Then there was a bit of a hassle with a local company trying to pull a fast one on me.  Thankfully I knew someone who knew someone, and I was able to go visit with the local version of the US Judge Judy who informed me I had absolutely no worries and advised me quite colorfully to . . . assert my rights.

There was some other smaller stuff as well.  Granted nothing horribly earth-shattering:  No one lost their life or had to be medevacked or anything, but it’s been a lot in a short period of time.  While I’m sure Honduras doesn’t have it in for me, it has been a place of lots of challenges for sure.  Yes, we grow with challenges, if we’re open to the experience, but oy!

At least it timed some things right.  Wonderful friends enabled us to continue to be able to live while I sorted out the PayPal mess, and many other offers came in to help as well.  My tooth has not rotted to the point where it hurts me, and even with a temporary filling I’ve had no pain or discomfort from it.  We never went a day without having enough to eat, had a roof over our heads, were able to continue to have electricity, etc.  And I had to suck it up and allow others to help me.  Why is that sometimes the hardest lesson?

But in the midst of the rough spots, we’ve had far more positive.  We were able to spend 4 weeks with our friends who have become like family to us.  They were here when I finished my divemaster which was the culmination of a lot of work.  Since then I have also successfully completed the instructor development course and instructor evaluation and am now a scuba instructor (once PADI processes my paperwork).  Most importantly Tigger and I are closer than ever.

We’re coming up on our 3rd month of being in Honduras.  To celebrate getting my instructor certification, and just to get a much-needed break, we’ve left our small island home to explore more of the mainland for a few days since it’s low season (which means the dive shops aren’t that busy right now).  After having time to reflect during the ferry and bus ride and then having lobster & filet mignon for dinner last night, along with a proper martini, I’m sitting here writing my post while looking over the treetops from the hotel restaurant and seeing the beautiful Caribbean sea.

Honduras and I are on better terms.  There is more of it I still want to see, and I need to get to know more of her people, but no matter what the final verdict is when it comes time to leave Honduras for other parts, she’ll always hold a special place in my heart.