Giving up everything to travel full-time by motor home

A lot of people have discovered the unique opportunities that come with doing long-term travel by motor home. Here is how one “Baby Boomer” couple has been doing it for years.

Just how did we ‘give up everything’ to go on the road? It’s a question we are frequently asked. 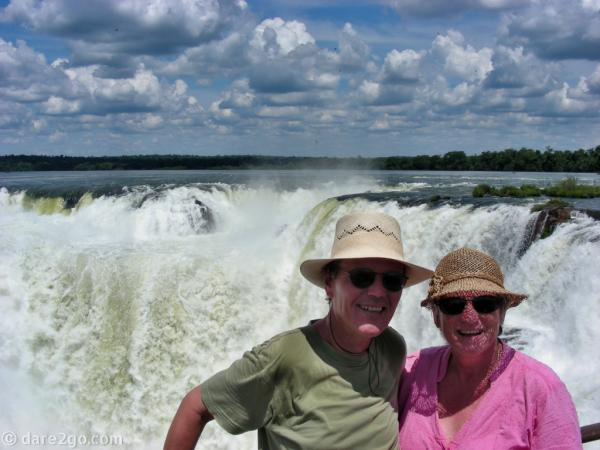 That was the easy part! One day Juergen said, “I don’t think I want to build this house. I think I want to go travelling again.” We were in the final planning stages for the construction of our very own ‘McMansion’. This would mean going into debt and shelving any major travel for some years.

We had both just turned 50, and we had some words from older family members ringing in our ears:

Juergen’s aunt (in her 80s): “Don’t say you’ll do it someday because when someday comes you’ll be too old.”

Well, we had always wanted to go to South America. It’s a long way, and expensive, from Australia. We decided to get some sort of travelling vehicle, and keep travelling until we were done. It took us less than a week to reach this decision, and another 11 months to make it happen.

Telling our family and friends brought a variety of responses. One friend just said, “You’ll never do it,” while others were stunned, excited or just plain envious. My parents were somewhat dubious, but I just said, “We’ve always wanted to go to South America, and we want to do it before we get too old!”

Most of the next year was spent putting everything in place. We had both had previous, separate experiences of packing up our lives. I did it to go on an open-ended trip to the Indian subcontinent in the late 80s. Juergen left Germany to migrate to Australia in 1993. 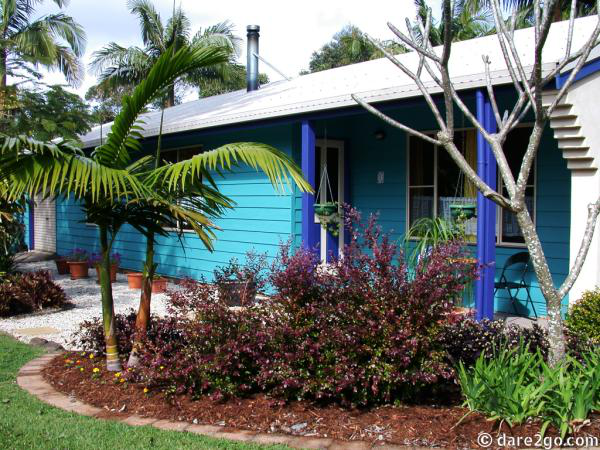 We decided to sell the land we had been planning to build on and our house (but first we needed to finish the renovations we had been doing for the past 4 years). Then we would invest the money and travel on what it earned for us. That answered the second question we are frequently asked: How do you afford to travel? Although it turned out to be a temporary answer! We also asked a family member to take a Power of Attorney so they could make decisions for us, should the need arise.

Juergen made a lot of use of the internet searching for the right vehicle. We had worked out that if we bought a vehicle in North America, we could drive through North, Central and South America. With some help and support from American friends, we purchased our Ford F250 and Bigfoot camper before we left Australia.

One of the big questions for us was – what do we do with all our stuff? Sell it, give it away, and if there is anything we can’t part with, store it. Easy to say – takes time and effort to get it done! We had a lot of garage sales! We gave stuff to friends and family and various charities. Then we rented a storage unit and packed the rest in.

People asked us: When are you coming back?

Our answer: When we’ve seen all we want to see or we get tired of travelling.

So that’s the short version of how we packed up our life in Australia and began our American adventure. The decision was made in April 2005 and we landed in Los Angeles in March 2006. 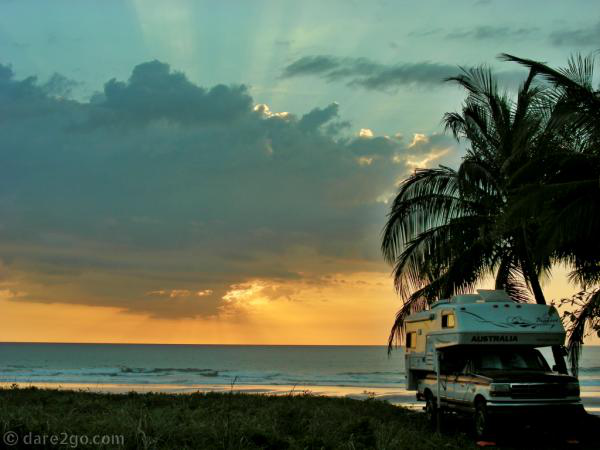 We spent three and a half years on the road that trip, and ended it without seeing as much of South America as we wanted to. The motivation was 2-fold – we had lost some of our enthusiasm when our engine required a complete rebuild in Colombia in 2008, and the global financial crisis also hit us very hard. We sold our vehicle in Chile in 2009 and returned to Australia.

Settling back into our life there never really happened. After only a few months we were constantly focussed on leaving again. I studied for a qualification to teach English as a second language, and Juergen planned how we would build our next motor home ourselves. Of course we also needed to work alongside these activities. In 2012 we started the leaving process all over again, but this time we knew how it was done. It was still hard work, but probably not so stressful.

We spent most of 2013 in Germany, building our Berta, and arrived back in South America in 2014. Once again we have no fixed end date and travel on a day by day, week by week basis. This somehow seems to turn into a year by year basis because it is no longer something apart from our normal life – it is our normal life!

How do you manage without your friends and family?

When things don’t seem to be going right I do ask myself what I’m doing here when all the people who love me are somewhere else. But, when it comes to the crunch, this is what I want to do. And when I don’t want to, I’ll do something else. At the moment, I feel like I could travel like this for the rest of my life.

How do you make sure you have everything you need?

You can’t! Although you try hard to plan for all contingencies, you will always find that something you need is something you didn’t bring. And don’t get me started on all the things we brought, that we thought we would need and haven’t used – yet!

What comforts do you think you really need?

Our house, which we carry with us, has all the comforts I need. I have a bed, a bathroom, and somewhere to prepare and eat food– all physical needs are met.

How do you afford to travel?

I can’t afford not to! Travelling is like oxygen – I can’t live without it. I may have Anglo-Saxon blood running in my veins, but I have Gypsy blood in my soul!

Aren’t you being selfish?

No! I have one life and it’s my responsibility to make the very best use of it that I can.

How do you live with each other in such a small space? or How come you haven’t killed each other?

If your relationship can survive this sort of close space, it can survive anything. When we left on our first trip we made a contingency plan for if we decided to split up. Now, we seem to be able to work through the rough times – and there will always be some – because we did it once for three and a half years and we’ve come back for more.

Do you ever get homesick?

I can’t really say that I do. Sometimes I miss particular parts of my life in Australia and the people who occupy them.

Yes. I’m lucky that I have the courage to do this – not everyone does, even though they would like to. I’m also lucky to be married to a man who also has the courage and desire to live this life. But it takes more than luck to make it happen.

What question would you like to ask me about giving everything up and going on the road?

Yasha is from Australia and travels with her husband, Juergen, who is German-born, but now also Australian. They started their adventures through North and South America in 2006 with a pick-up truck and a slide-in camper. In 2009 they returned to their ‘normal’ life in Australia, but were soon planning their escape! Currently they are travelling in Berta, a house on wheels that they built together in 2013, picking up where they left off in South America. You can follow them on their blog, Dare2Go.com. You can also follow them on Facebook, Instagram, and Twitter.