Going from Koh Samui to Bangkok

For whatever reason you’ve found yourself on this popular Thai island. Now you want to get from Koh Samui to Bangkok. Well, you have a couple of options, and one of them is quite the adventure. 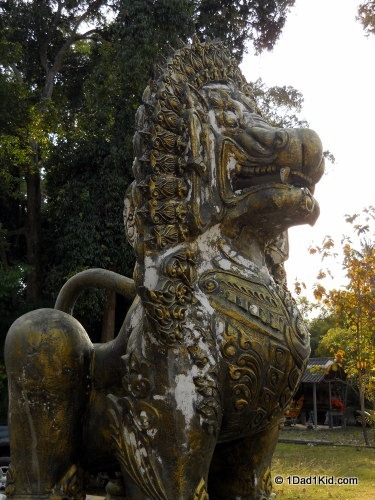 If you have less time or just don’t like the idea of spending 20+ hours traveling, your only viable option is to fly. Depending when you fly, you can easily find fares from $46 USD to around $150. Of course, that’s before any applicable luggage fees kick in.

The cheapest flights will probably be by AirAsia, will take about 7 hours, and include one layover requiring you to change planes. You’ll arrive at the low-cost airport DMK, which is a different location than the airport coded BKK. Make sure to account for transit time if you’re flying from BKK the same day.

Paying extra, you can take a direct one-hour flight to Bangkok via Bangkok Airways. 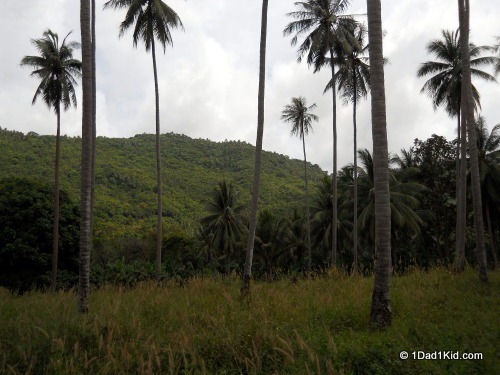 Travel is all about the adventure, right? Here’s where the fun begins.

Your best bet is to drop into one of the many booking agents on the island. As of publication, there is no easy way to reserve train tickets online. You could certainly be really adventurous and not book ahead. An agent will charge you an additional 200 THB (less than $7), and it’s worth it.

If you use an agent, they will not only reserve your train but will also provide transportation to the ferry and arrange for all the steps in between. A songthaew (the roaming pickup truck local transport) to the pier will cost you almost as much as the booking fee. Just use an agent.

For the train you have a few options:

Once you pay for your fare, they’ll most likely have you return later in the evening to pick up your actual tickets. They will arrange for a minivan to pick you up at your hotel or wherever you’re staying. At the pier, you’ll go through a line to get your bus ticket. The bus will drive you to the ferry and tell you to get off. Follow the crowd of people to the ferry waiting area.

You won’t board the bus again until after the ferry docks at the mainland.

The ferry is pretty stable. I barely noticed any movement at all, so if you tend to get motion sickness you’ll probably be fine on this ride. If you’re very sensitive, pop a pill after getting off the bus.

The ferry has food and drinks for sale, but there are also some places across the street from the bus loading area, including a 7-11. You can even get a massage on the ferry.

The bus trip is about 2 to 2-1/2 hours to the train station. They will drop you off across the street from the train terminal. Chances are you’ll have at least a few hours before your train is scheduled to arrive. If you’d like, you can leave your luggage locked up with an attendant for a few dollars. (Enter the train terminal, walk to the sitting area, and turn to your left. Go past the police desk, and you’ll see the sign on your left.)

In the evenings, the busy street behind where you were dropped off has a night market with great and super cheap street food.

There isn’t a lot to do in this area. However, if you need WiFi, there are several cafes in the immediate neighborhood where you can relax for a bit.

The train station is open air with some fans.

In the morning, you can go to the restaurant car or be served at your seat. Most meals cost 120 THB (about $4) and are very tasty (I recommend the rice soup with chicken), and they have plenty of items even for more finicky palates.

The restrooms on this particular train are actually quite clean. For 2nd class, you’ll find your choice of Western or squat toilet, and each will have toilet paper available. There is a small sink outside the bathrooms which is nice if you don’t like brushing your teeth in the same space as the toilet.

Realize, also, that trains in Thailand generally don’t follow their posted schedule very tightly. You won’t want to book things on the other end too tightly. 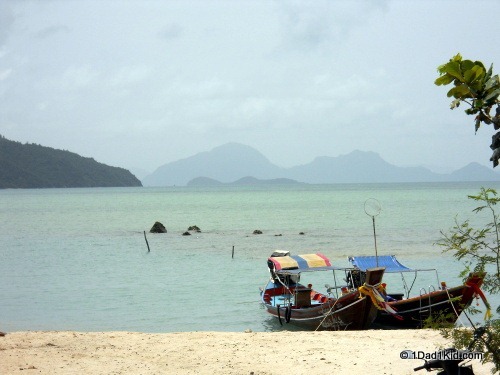 Will I actually get any sleep?

I’m a pretty light sleeper, but I was still able to get a decent sleep. Not great sleep, but decent. I was also in an upper berth which wasn’t as comfortable. I would highly recommend bringing an eye mask and ear plugs if you’re not a deep sleeper.

We made it! Now what?

The train station is Bangkok is the terminus which makes it easy for knowing when it’s time to exit the train. From the train station you can go to the MRT to get into town, or you can grab a taxi or tuk tuk. I wouldn’t recommend the latter for far distances.

If you’re taking a taxi, insist they use the meter. This may give you some extra gray hairs (we went through 10-12 taxis before finding one that would turn the meter on), but it will save you $8-10 USD. To get from the train station to the center of Bangkok will cost around 80-120 THB (without the meter, the drivers will try and get you to pay 300-500 THB). Generally, metered taxis will be cheaper than the SkyTrain or MRT.

Taxi tip: Look on the windshield for a large black box. If it’s lit, it means they’re registered and are more likely to not fight you about the meter.

If you have the time, I’d really recommend taking the van > bus > ferry > bus > train method. Yes, it takes longer, but it’s really an interesting way of going from Koh Samui to Bangkok, and you’ll see some absolutely beautiful rural scenery along the way.

When time isn’t an issue, what’s your favorite mode of long-distance motorized transportation?