The vast expanse of Australia means that visitors can drive for hours without ever passing a major city. To ensure they didn’t get overlooked, little towns began to build big roadside attractions to draw more visitors into their restaurants and shops in order to stimulate their economic growth. This is when the weird and wonderful idea of “big things” was born.

With over 150 “big things” across Australia, it has become more and more popular to take road trips and grab a snap of yourself alongside one of these giant novelty constructions. In this list we look at a few of the more notable “big things” you should definitely check out when enjoying holidays in Australia. 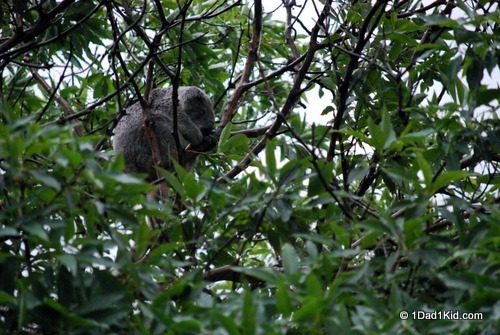 Perhaps the most well known is the Aussie “top banana,” which first appeared on a roadside fruit stand along the Pacific Highway in 1964. John Landy originally built it to draw visitors to his banana stand. However, its popularity has seen it evolve into a major amusement park with everything from waterslides to ice skating. Selling its own chocolate-coated bananas, the site is open every day from 9-4.30pm and is home to a restaurant, as well as a cafe and gift shop.

Ballina, New South Wales is home to the Giant Prawn. Erected for no other reason that to draw attention, it has recently fallen in to disrepair due to the cost of maintaining it. Shops that used this iconic symbol to generate interest and income have since closed down, and there are talks of dismantling the giant shellfish.

A toy factory in South Australia is the site of The Big Rocking Horse. Erected in 1981 and reaching just over 18 meters tall, it remains popular as visitors have the chance to climb up on to the viewing platform and have their picture taken as well as having a coffee in the café nearby.

The community of Koomoonoo is famous for its 17-foot strawberry on the side of the road. Father and son Michael and Darren Hayes built the fibreglass construction to raise the profile of their strawberry farm and restaurant. Offering jams, condiments and wines, it was only after coming up with the idea of strawberry pancakes that the pair thought it would be a good symbol to catch people’s eye from the road.

Affectionately named “Larry the Lobster” this “big thing” was built in 1979 to draw attention to the seafood restaurant underneath. A mistake in the planning meant that this huge crustacean is over three times the size it was intended to be, standing at over 18m tall, 15.2 metres long and 13.7 metres wide, with an approximate weight of 4 tonnes. Having taken six months to build, hilariously, the lobster is so big it can actually be seen from space and is clearly visible on satellite images.

Which of the roadside attractions you’ve visited or read about has been your favorite?