10 Beautiful Temples to Visit in Bangkok 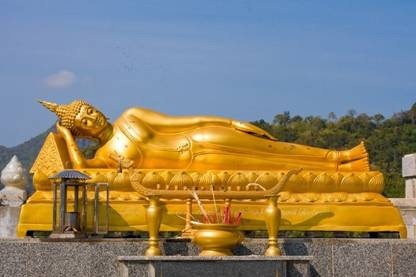 Planning or considering a trip to Bangkok? The capital of Thailand is certainly a busy place, yet it’s also full of magnificent temples and palaces that are worth visiting, even if you aren’t religious. The beauty and grandeur of these sacred sites is captivating, and exploring them is a great way to spend a holiday.

Why Are There Temples in Bangkok?

The intricately decorated Buddhist temples, with their unique architecture, are certainly gorgeous, but why are there so many in this city? They play an important role in the lives of Thai people (more than 90 percent of whom are Buddhist), and they continue to be used by monks, who you’ll see walking around and attending to prayers. The structures were built as far back as the 17th century, and some of them are more modern, so you can compare the differences as you check them out.

In Bangkok, there are hundreds of temples, or wats. All of them are unique, but some of them really stand out from the rest. You won’t want to miss these while you’re in Bangkok.

A few other things to remember when you go

About the Author: Sienna Brown is an avid traveller and writer. She enjoys sharing her journeys with others online. She visited Bangkok last year and was able to see all 10 of the above temples on her trip.