Armenia is a tiny country with a lot to offer. It is slowly becoming more and more popular among travelers, that’s true. But I’d risk a statement, that this little landlocked country in the South Caucasus still doesn’t get as much coverage and attention as it deserves.

Did you know that Armenia has everything? OK, everything but a seaside. Lake Sevan makes up for it, though. Most of the time, at least. Armenia has an incredibly long history, rich and living traditions, extremely hospitable people, great food, the most tasty apricots in the galaxy, a unique alphabet and a fantastic variety of landscapes for a country that only takes couple of hours to drive through.

It’s been a year since I moved here, and I’m falling in love with the place over and over again. This might be also read as “I moved here a little over a year ago, and it was enough for the Armenians to get me totally biased.”

The first tip. Get out of Yerevan as soon as possible, for as long as possible. You won’t regret it. 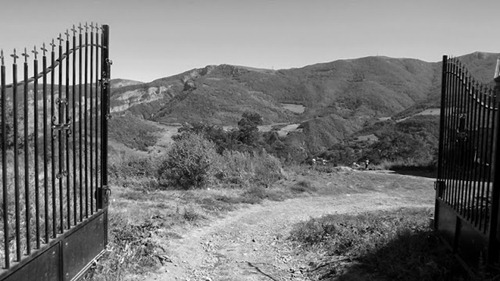 Yerevan is a comfy place to be. People speak English here, buildings have street names written on them, there is a fantastic cafe culture and a cool laid-back atmosphere. It’s easy to travel while wandering around Yerevan’s downtown wide streets. I know. I, too, love doing that. Armenia has so much more to offer though.

Yerevan is a perfect base for one-day trips. In remote places that are home to all the incredible gems of nature and architecture the country has in store for you, you won’t find much infrastucture. And even if you do, it might have a very intense Soviet vibe that might not appeal to everyone. In my humble opinion, it’s far more pleasurable to stay in the capital, the city-mother and take trips from there.

Here are five breathtaking spots you can explore. 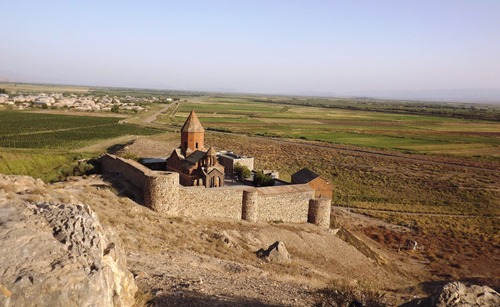 There is a whole number of reasons why everyone should visit this place.

Khor Virap is a monastery complex located in the Ararat Valley, atop a little hill. As you get to the monastery, you are as close to Mt. Ararat as you can possibly get while in Armenia. As you maybe know, although Mt. Ararat is located on Turkish territory, it holds a great significance to Armenians. The majestic mountain can be seen from different places in the country, including Yerevan, but Khor Virap is considered to be the very best spot to observe and capture it. It’s indeed impressive.

It’s not only about the views. According to a legend, this is where St. Gregory the Illuminator was imprisoned and set free after helping to cure King Trdat III of a serious disease. This event eventually led to the conversion of the king and the country into Christianity. Almost every Armenian you meet will tell you that his/her country was the first to adopt Christianity as a state religion in the year 301 CE. They are truly proud of it, even today. You will notice it when you come visit. The underground chamber where the saint was imprisoned is open to visitors. 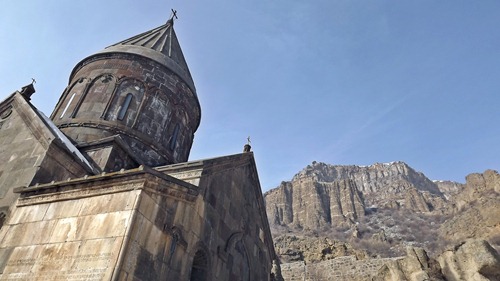 OK, it’s a second featured place and a second monastery complex. You got it right. Armenia is famous of her sacred architecture. I promise that each and every church you visit is different, and you won’t be bored.

What makes Geghard special is its location. It’s partly carved out from the natural rocks and cliffs, parts of Azat river gorge. Geghard was founded in the 4th century. These walls have a piece of history to tell you. Take a closer look at the khachkars, stone crosses curved in the rocks. This form of sacred art is very common in Armenia and unique to Armenian culture.

Then, there is Garni, the only Hellenistic temple in the whole former territory of the Soviet Union. This is, as you probably know, an enormous territory. The temple is completely reconstructed and beautifully composed in the surrounding hills and tge Azat river gorge. The entrance to the monastery is free. To see the Garni temple, you have to pay a 1000 AMD fee (under $3 USD).

Dilijan is a charming spa town with a lot of pretty wooden houses with even prettier wooden balconies. It’s situated in the north of the country, in the Tavush region. Some people call it the green lungs of Armenia, and I guess they are right. Dilijan seems to be created for hiking, biking and all sorts of outdoor activities that involve breathing the fresh air. Good hiking shoes are a must. I went there in November. Cleaning all the mud I brought home after the trip took forever, but I regret nothing.

My favorite trail begins just next to Parz Lake, where you can have a picnic before you head up the hill. The trail will take you to the impressive Goshavank monastery. And again, I promise you won’t get bored with churches. The hike is rather easy, mainly through the woods. You will see many shades of green there. 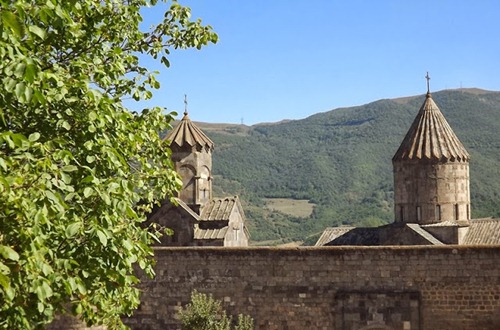 This trip takes a bit longer so try to be an early bird. The road will take you south to the intriguing Syunik region, in my humble opinion one of the most beautiful places in the world. As you can already guess, once upon a time someone built a monastery there.

It is located on a breathtaking plateau on the edge of a gorge of the Vorotan River. The scenery is as magic as it sounds. Tatev used to be an important centre of education, monastic life, literature and miniature painting. None of these traditions remain, but the beauty has been preserved perfectly.

Last but not least, the most suitable way to get to the monastery is to hop on the longest cable car in the world. Sounds cool, doesn’t it? 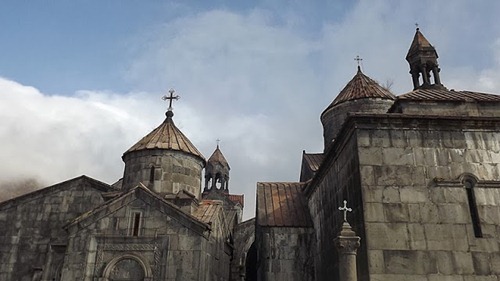 Another option for early birds. This time you take a road north to the Lori region, a place with many deep woods. Of course, it’s Armenia so some outstanding examples of sacred architecture are to be found in the thick forests off the beaten path as well. To be honest, these two are my all time favorites. Same as Tatev, they used to be vibrant educational and spiritual centres back in the middle ages.

Sanahin was especially famous for its illuminators and calligraphers. They are long gone today, but the places still have their energy. I recommend visiting Lori in the autumn. Haghpat and Sanahin look incredible when the forest turns colors. Leaves are red, orange, yellow, even purple. Everything but green. Such a nice color palette to paint beautiful memories.

So, when are you coming to Armenia?

—Zofia Bałdyga, aka Zof, is a Polish NGO worker interested in international migration issues, translator from Czech and Slovak, an occasional poet and photoblogger. Her blog, The Picktures presents photo essays from her travels. Currently based in Armenia, she feels at home everywhere, but her favorite places in the world are Prague and Yerevan.

We are currently in