If you’re considering taking a cruise on one of Holland America’s ships, then you should most definitely consider eating at their Rudi’s Sel de Mer restaurant or experiences. Only a limited number of ships have it as a permanent restaurant (one at present with another opening later this year).

On the other ships, it is offered one night during cruises that are 10 days or less. The price tag of $49 USD per person (it’s a la carte at the permanent restaurant) may make you ponder skipping it, but let me tell you that would be a huge mistake. 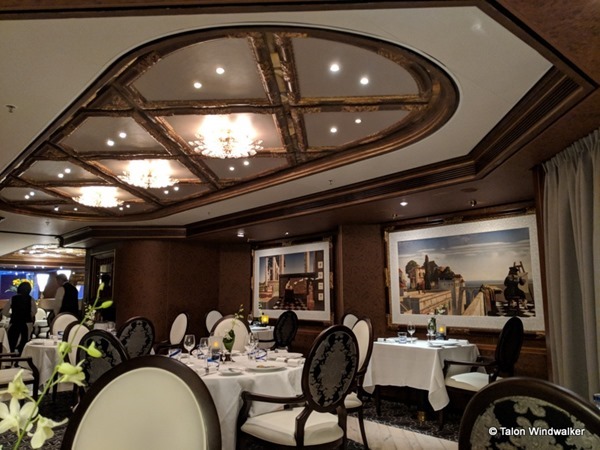 We ate during the Rudi’s Sel de Mer night on the ms Amsterdam on our recent Alaska cruise, and it ended up being one of the most phenomenal meals of my life. Tigger even found herself enjoying foods she would never eat otherwise.

Get something handy to wipe your drool and read on.

Once you’re seated, you are immediately delivered a nice French baguette. Along with this, you are given some delicious butter than has been mixed with sea salt and lightly graced with chives. The butter was so tasty, we were tempted to lick the serving dish clean. You are also presented with a nice array of tapenades, olives, pesto, and other treats to enjoy with your bread. 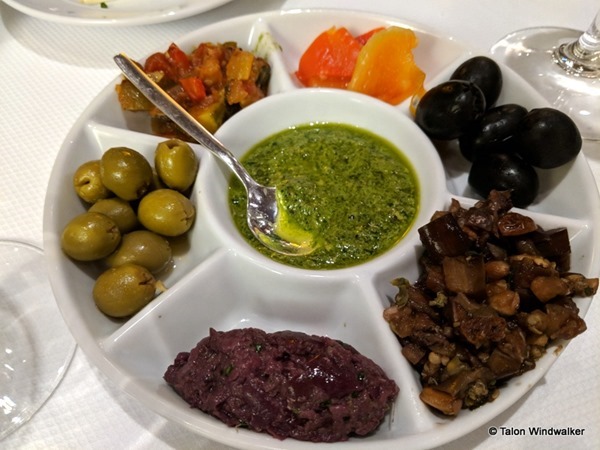 Shortly after, the friendly server will bring an enticing amuse-bouche. 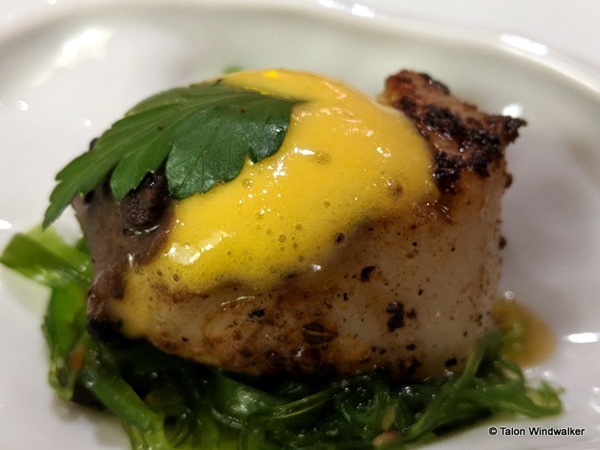 This dish is to give you a taste of what will be coming; an idea of what the chef’s style will be. And when you bite into this, you may very well make audible sounds. Thankfully, no one was seated too close to us to be concerned by the noises coming from our table.

This particular amuse-bouche was a scallop prepared with saffron vinaigrette resting on a seaweed salad and topped with an exquisite orange foam. These flavors slowly developed while in your mouth, and you were able to appreciate the flavor long after having swallowed your bite.

Tigger won’t eat scallops normally. She tried this and ate the entire offering. This truly tells you of its magnificence.

While purring over this, we received our starters. We chose the foie gras torchon, the popular seafood tower, and bouillabaisse Marseillaise. The foie gras wasn’t as exciting, although the plate did contain small cubes of red currant aspic which were amazing! They would cause an explosion of flavor in your mouth. The seafood tower was cute in its presentation but rather lackluster in flavor.

The bouillabaisse, however, was a true highlight. This dish is often messed up by chefs and/or unimpressive. But the Rudi’s Sel de Mer version was the best I’ve ever had. The broth was full of complex, savory flavors. This was another dish that hade me making audible sounds and saying “Wow!”

Tigger asked if I needed some alone time.

While this is a seafood-dominated affair, they do offer some other great options for people, and Tigger happily ordered the steak. I had a harder time choosing since so much looked so appetizing, but I ultimately ended up ordering the salt crust baked branzino (European sea bass).

I later learned that the fish is baked while encased in meringue to ensure its tenderness. It ended up being quite impressive and had been topped by citrus pieces and lemon peel shavings which caused another wonderful blast of flavor upon the first bite without overpowering the taste of the fish. 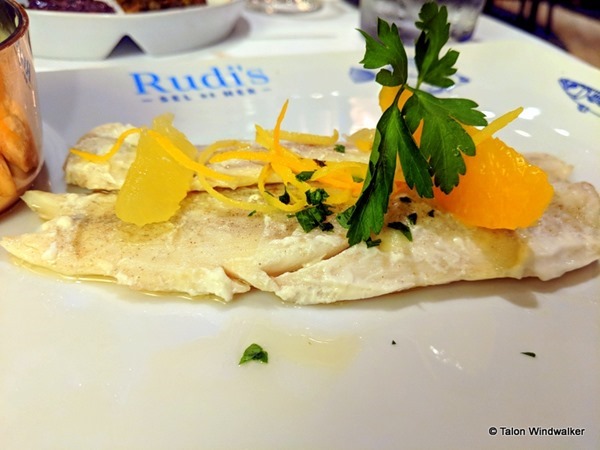 While waiting for dessert, we were treated to a small selection of chocolate truffles and strawberries covered with milk or white chocolate.

We eagerly awaited our crêpes Suzette and Rudi’s soufflé, which is based on the infamous Salzburger Nockerl. While the soufflé was light and airy, it was impossible to compare the impeccably prepared crêpes Suzette. I have had this dish served many different ways in many different countries, and this was absolutely the best I’ve ever had.

Once again I found myself struggling against dining room etiquette and my desires to lick every drop off this plate.

I just can’t recommend this dining experience enough. It’s a meal that I continue to fondly and vividly reminisce. So if you’re going on one of their cruises, find out when the Rudi’s Sel de Mer night is and make your reservations!

Have you eaten at Rudi’s Sel de Mer? What was your experience?