In the midst of culture clash 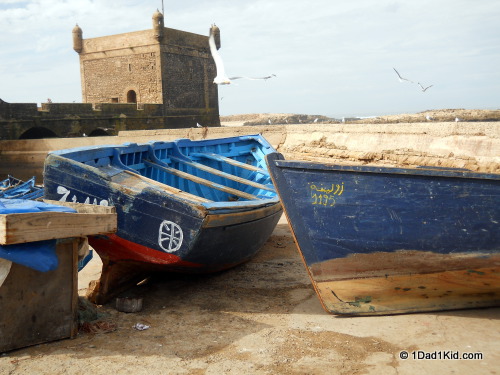 In my former working life, one of the things I was well known for in the medical community of Colorado was being a cultural consultant.  I regularly taught and presented at conferences, groups, committees, etc., on issues of multiculturalism in health care.  I try to be very respectful of cultural differences.  When we’re in a new environment, I try very hard to respect the culture of that area, even if I personally find a practice or norm challenging.

Living in Morocco has given me plenty of opportunities for culture clash.

For starters, you won’t see a lot of adult men in shorts here.  Actually, I haven’t seen any.  Even among the youth it seems to be a bit rare.  Of course, it is late fall and chilly.  Unless it’s a huge cultural offense, though, I wear shorts when it’s warm.  It’s obvious by my skin color I’m not a local, so I automatically get more wiggle room.  And I do make Tigger wear a shirt in public.  That would be pushing the acceptability envelope a little too far.  If we were going to a religious site or something, I would, naturally, dress appropriately.  But when it isn’t a really big issue, comfort will always win for me.

Even though it rubs against my equality grains, I accept that women are generally not spoken to directly.  It varies a bit, and I just go with the flow.  I try to avoid too much eye contact when speaking with a woman, even though the chaplain side of me says it’s important to maintain eye contact.  When getting on the bus, if there is 1 seat open next to a man and another seat open next to a woman, I have Tigger sit next to the woman since that’s more culturally appropriate.

I constantly mute my desire to go up to an almost fully covered woman and ask, “How do you stand it?”

Being someone from the States in rural, conservative Morocco, has created quite a bit of culture clash for me.  It always helps to hear the other side of things, though.  I recently met an expat French woman.  She wears a hijab covering her hair, but otherwise dresses as a Western woman.  She  does not hesitate to touch a Western man’s arm when chatting and is very vivacious.

She spent much of her younger life traveling the world and trying on different religions before she adopted Islam and became a Muslim.  She found it to be “the only religion that truly respected me as a woman.”  What?  This boggled my mind.  To me, women here are often treated as subservient chattel.  Walking behind their man, only their eyes peeking out from the colorful fabric hiding their bodies.  Dressed from head to toe while at the beach as their nearly naked children frolic in the waves.

Our Swedish host told me she has seen similar respect here.  In Spain, men at stores and shops will barely give her the time of day.  Here, however, the men are attentive when she is describing what she needs.  Where Spanish men barely even listen to her statements about what she wants, the Moroccan men are more diligent.  This surprised me, and I chalked it up to the men here knowing damn well that she’s going to be spending money.

Then I was having a chat with our handyman.  He’s lived in this oasis his whole life.  While I do pride myself in being open-minded, I think it’s natural to have some . . . feelings during some discussions regarding cultural issues.  My blood was boiling, however. as I listened to him explain the requirement that a woman must submit to a medical exam to be certified as a virgin (if she’s never been married) before she can marry her betrothed.  He shared with me how he has heard of women who have surgeries to restore their virginity so they can get married.  “Isn’t that cheating?” he asked me.

I bit my tongue hard.  Not my country. Not my religion. Not my culture. Who am I to judge? I reminded myself.

He went deeper by discussing dating practices here.  They don’t exist.  Men and women do not date.  You see someone you like, you approach the family about marriage.  She can reject the suitor, though, which gave me some relief.  It’s a bit expensive to marry here as well, since you have to give the family “gifts” and buy the woman a lot of new things.  Plus the big dinner.  It basically costs around $1000 USD for a couple to get married.  That’s a lot of money for someone who probably earns the equivalent of just over $2 a day.

“You don’t date? Do you even talk? I mean, what if she’s a complete idiot, or you have absolutely nothing in common?”  I asked.

He shrugged.  “It can happen.”

“And you don’t have divorce here, do you?”

If an unmarried woman is seen in public with a man holding hands or kissing a man (even married couples don’t show public affection), she is pretty much ruined and will be lucky to ever find a man who will marry her.  But for the man, of course, there’s no similar damning smudge on his reputation.

Then he entered the potentially dangerous waters of the issue of gays.  Interestingly, the idea of two men being together didn’t seem to bother him, but he was filled with revulsion as he shared with me that he has heard of, gasp, women only wanting to be other women.  His face contorted with disgust as he explained how unnatural this was.

“Well, I don’t know,” I began carefully.  “They have documented it in over 400 species of animals.  So, if it’s happening in nature, I don’t think we can call it ‘unnatural.’  I just think sometimes when in the womb, chemical changes get mixed up, connections don’t get made or broken that should and so on.”

He hadn’t been expecting that.  “It happens with animals?” he asked.  I went on to describe similar observations of ram-to-ram and ewe-to-ewe mating patterns in sheep, an animal that is prevalent in these parts.  He admitted he had heard of that.  I had a glimmer of hope, even though that could very well be ego talking since this topic is quite near to me.

Then he brought up transgendered people.  I again brought up connections, disconnections, hormones, chemicals, etc., and how miraculous it is, when you really think about, that most of us are born with 10 fingers and toes.  “Perhaps some connections don’t break like they should, or some aren’t made.  I know some of these people, though, and I’ve learned enough to know that we just don’t completely understand it.”

From here he moved into how women are treated in Europe.  “Don’t you think they’re treated horribly?”

I forcefully had to tighten my jaw muscles to keep it from falling open.  Yeah, women’s equality has come a long way, but there’s still room for improvement.  I didn’t think, though, that was what he was alluding to.  “The way they use women’s bodies to sell things.  It’s disgusting.  It’s completely disrespectful to women.”

I opened my mouth to say something.  Then I closed it.  There definitely was truth to his statement.  Women are objectified in Western culture.  We don’t celebrate the intelligence of women.  We give very little recognition to their abilities.  We have one woman get a position that typically has been filled by a man, and suddenly we’re singing and dancing that women are finally equal. And really the list goes on and on.

Recently, I shared an article on Facebook about how the appearance of some art showing male nudity had caused a great controversy.  This in a museum filled for decades with carvings and paintings of the bare female form.  For some odd reason, once a penis is shown we’ve suddenly moved into a different, prohibited realm. Why is male anatomy more sacred than the female? 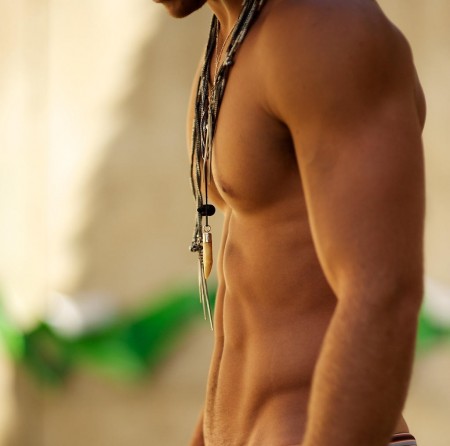 I had to agree with him.  And I remembered the lovely French woman’s comments about why she had converted to the Muslim faith.  I also remembered that, at least in Morocco, a woman has the option of how she dresses.  I have seen younger women dressed more as Westerners, and I’ve seen their exact opposite, with a woman even working hard to keep her hands covered by the fabric enclosing her.  Even in print ads, women are dressed more like Western women.

One of the beautiful things about travel is how, if we leave ourselves open to it, we get to see the other side of an issue.  When we don’t go somewhere to change it or the people but allow ourselves to be open to be changed by the experience itself, well, we could find no better experience or university.

When we let travel change us, we open the door to changing the world.

When we leave Morocco in January, I can definitely say I’ll be leaving, once again, a changed man.

What do you think?