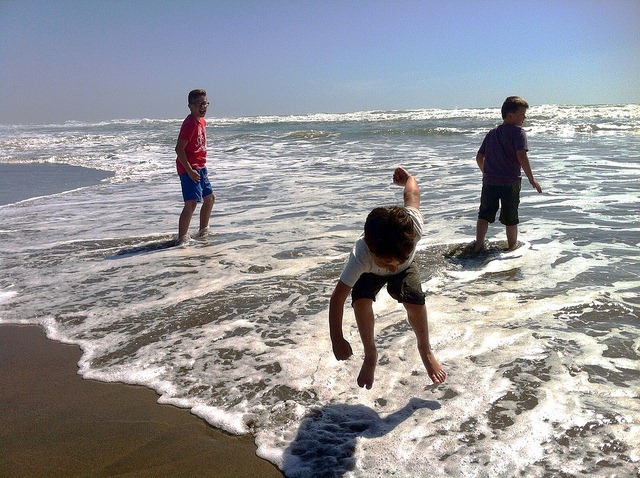 Depending on the news reports that you watch, San Francisco may look like an adults-only kind of city. In truth, San Francisco has something for everyone. Here are 4 reasons it’s a great place to vacation for the entire family.

It’s true! Golden Gate Park is much more than open fields and protected trees. It’s also a cultural and entertainment institution that attracts over 13 million visitors per year with plenty of family friendly attractions. Some noteworthy places in the park that kids may like include:

● Bison Paddock, which has an actual herd of bison

● the Music Concourse Area, where concerts and festivals take place throughout the year

Science-minded kids will enjoy the park’s Academy of Sciences, Conservatory of Flowers, and the San Francisco Botanical Garden. Those who prefer the arts can visit the de Young Museum.

Crissy Field is a popular area of the Presidio that sits against the water. It’s become a popular spot for picnics, largely because it offers one of the city’s clearest views of the Golden Gate Bridge. Crissy Field also has wide open spaces perfect for Frisbee and other games.  Kids can even enjoy playing on the beach and watching San Francisco’s aquatic wildlife basking in the sun or searching for food. Crissy Field is located along the city’s northern boundary.

Nob Hill is one of San Fran’s 44 hills. It is home to the Cable Car Museum and the Grace Cathedral. There are many places nearby to visit such as the union shopping district and Chinatown. There are an abundance of parks to visit in this neighborhood, the most popular being Huntington Park. Nob Hill is an ideal location for staying in San Francisco for your family vacation.

Kids Who Love Animals Will Love the San Francisco Zoo

The San Francisco Zoo has an impressive collection of animals, including reptiles, mammals, birds, invertebrates, and amphibians. Families visiting the zoo can expect to see chimpanzees, lions, lemurs, giant African centipedes, and other interesting animals from ecosystems around the world.

The zoo also has children’s programs and clubs divided by age group. If kids get bored looking at animals, then they can take a ride on the Little Puffer miniature stream train or the Dentzel Carousel. There’s even a playground modeled after three unique bio-systems.

Some kids want to get a closer view of animals than a zoo will allow. That’s when it’s time to visit Telegraph Hill. A few decades ago, some residents of San Francisco owned wild parrots that they kept as pets. Eventually, the birds escaped, or the owners got tired of their rather loud squawking and set them free. Many of those birds congregated in the dense trees and bushes of Telegraph Hill, where they formed a permanent colony.

The parrots were originally brought to San Francisco from South America, so this is a rare chance for kids to interact with them in the wild without traveling long distances.

Have you considered taking your family to San Francisco? What do you hope your kids will enjoy most about the experience? San Francisco offers so many fun attractions that it’s often hard to decide.