Get Ready to Celebrate in York: City of Festivals

Home » Guest Posts » Get Ready to Celebrate in York: City of Festivals 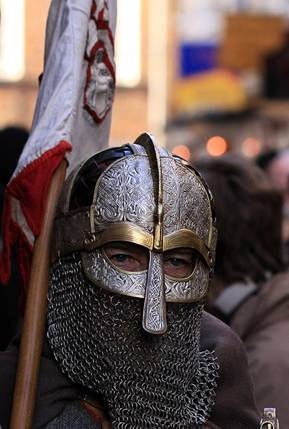 What do ghost story fans, beer connoisseurs and Viking lovers have in common? York. Known as the “City of Festivals,” York hosts an array of celebrations and events throughout the year to suit people of many tastes. Read on for highlights of the weird and wonderful festivals held in York as well as suggestions for attending them.

This festival of medieval passion plays, depicting Biblical stories, is a tradition that dates back more than 600 years. The word “mystery” doesn’t have the same meaning now as it did in the Middle Ages. At that time, it meant a “rite” or a religious truth. Despite the production being religious in nature, it wasn’t meant to be held at church. Originally in York, these performances would be sponsored by the local craft guilds and provided entertainment for common people. This event doesn’t take place every year, but when it does it’s huge. At the last York Mystery Plays session, in 2012, more than 500 actors took part. In past years, scenes have been acted on floats carried throughout the city. The next performances will be in 2014.

If you’re searching for hotels in York, don’t be surprised if the availability for dates around the Viking Festival fills up fast. This festival, meant to commemorate the time 1,000 years ago when York was called “Jorvik” and ruled by the Vikings, is an all-ages opportunity to learn about English history. Including battle re-enactments and lectures by scholars on the historical significance of the Viking rule, the festival is held in February because the Vikings also had a spring-welcoming festival in February, called “Jolablot.” Every August, the Viking Festival organisers also hold the York Medieval Festival, complete with feasting and visits to the area’s medieval sites.

If Viking and religious re-enactments aren’t your taste, perhaps you’d prefer the Beer and Cider Festival. At the 2012 festival, attendees could choose from 300 ales, 70 imported beers as well as 100 ciders and perries, including brews made in 25 miles of York. Part of the festivities includes judging the beers for quality and taste. The festival lasts for four days, so there’s plenty of time to try all your favourite tipples.

York Festival of Food and Drink

Still not convinced that beer and cider is your thing? The York Festival of Food and Drink may entice you then. Promoting Yorkshire produce and international wines, this festival is held two different times each year to highlight seasonal foods. The 10-day event, which takes place city-wide at retailers and market stalls, offers taste and cookery demonstrations. In 2013, it’s scheduled for June and September.

More serious than Vikings, cider or wine is the York Early Music Festival. It is one of the most respected festivals of its kind in Europe. Dedicated to the appreciation of music from medieval to baroque, this festival has taken place every year since 1977. Performances are staged in various venues throughout York, having previously been held at York Minster and the University of York. In 2013, it will be held in July and will focus on the music of Rome. Later in the year, early music audiences can return to York for the York Early Music Christmas Festival. It will be held at various venues during one week.

Coinciding with Hallowe’en, the York Ghost Festival is a fun — and sometimes spooky —collection of events organised by different people. Events range from activities for the very young to adult audiences. Even when the festival is not in gear, York is a good town for paranormal aficionados. The city has several ghost walks and “haunted” locales for tourists to visit … if they dare.

About the Author: Miriam Burt is an event organiser who has lived in York for 25 years, though she will always remain a Londoner at heart.